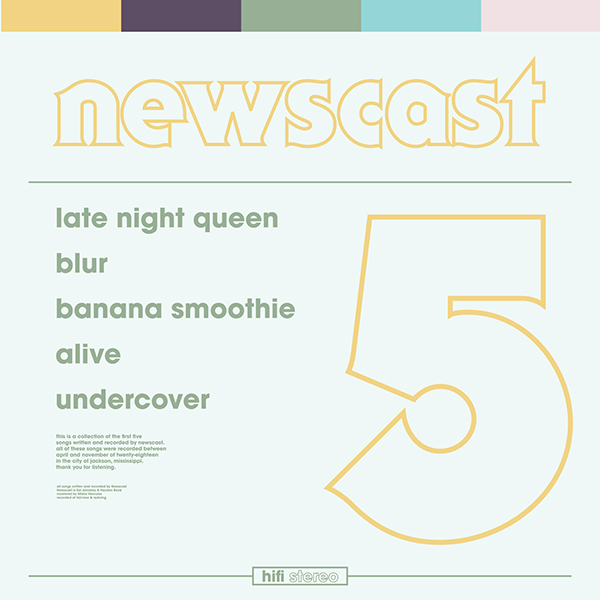 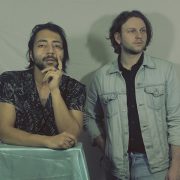 “Equipped with a synth-fueled, sugarcoated pop sound that harkens back and looks forward at once,  is in the business of validating novelty. A dance floor answer to the grind house of routine and industry, Newscast is music that repeats the right way. Newscast is the creative child of Jackson, MS natives Hayden Boyd and Salar Almakky, who have been honing their synthonic chemistry for nearly a decade. Hayden prints shirts and Sal slings espresso to feed the proverbial beast and stay in the studio, in the van, and on the stereo. The shimmering keyboards of the Paisley Underground, the pulsing freedom of 80s radio, and the futuro dreamscapes of the 21st century all pass freely through Newscast’s music, finding a comfortable intersection in these songs that work as a counterforce to the seriousness of things. In the face of the modern world’s glinting teeth, Newscast has chosen to arm themselves in the melodic simplicities of pop music, with swords that dance and shields that sing.

“The 2019 EP, 5, is a collection of the duo’s first five songs that they’ve made together under the Newscast name. Recorded between the months of April and December of 2018, these tracks served essentially as a diary for Almakky and Boyd; the lyrics are representative of their life events during this stretch of time. Upon completion of these songs from their bedrooms, they sent these demos off to sound engineer Misha Hercules (Wavves, The Weeks), who put the finishing touches on 5. Mixing pop sensibility and bouncing beats, the tracks range from dance floor ready banger “Late Night Queen” to the simmering synth disco pop of “Alive.”

“The band’s first foray into the musical world, 5 is a collection of tracks that leave you ready for to head out for a night on the town or make your living room into a dance floor.”

Check them out now!