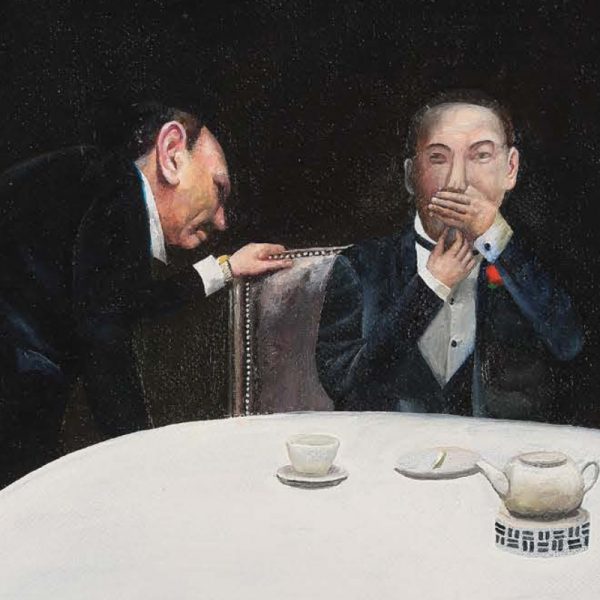 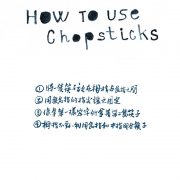 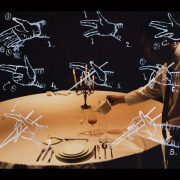 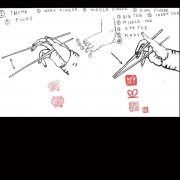 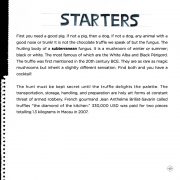 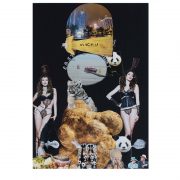 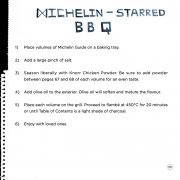 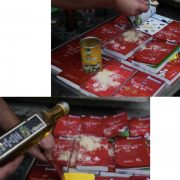 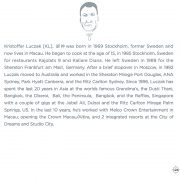 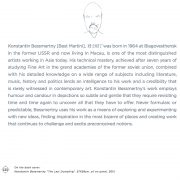 “The Last Dumpling” by painter Konstantin Bessmertny and chef Kristoffer Luczak is touted as “an experimental book that parodies conventional cookbooks and art books.”

But Bessmertny and Luczak have done more than just that. They have created a fun and mischievous work that reads great, looks terrific and complements any coffee table.

Konstantin Bessmertny — born in 1964 at Blagovesthensk in the former USSR and now living in Macau — is one of the most distinguished artists working in Asia today. His technical mastery, achieved after seven years of studying Fine Art in the grand academies of the former Soviet Union, combined with his detailed knowledge on a wide range of subjects including literature, music, history and politics lends an intelligence to his work and a credibility that is rarely witnessed in contemporary art.

Bessmertny’s work employs humour and candour in depictions so subtle and gentle that they require revisiting time and time again to uncover all that they have to offer. Never formulaic or predictable, Bessmertny uses his work as a means of exploring and experimenting with new ideas, finding inspiration in the most bizarre of places and creating work that continues to challenge and excite preconceived notions.

Kristoffer Luczak was born in 1969 Stockholm, former Sweden, and now lives in Macau. In 1985, he began to cook at the age of 15 in Stockholm’s Kajplats 9 and Kallare Diana. He left Sweden in 1989 for the Sheraton Frankfurt am Main, Germany. After a brief stopover in Moscow, in 1992 Luczak moved to Australia and worked in the Sheraton Mirage Port Douglas, ANA Sydney, Park Hyatt Canberra, and the Ritz Carlton Sydney.

Since 1996, Luczak has spent the last 20 years in Asia at the world famous Grandmas; the Dusit Thani, Bangkok; the Oberoi, Bali; the Peninsula, Bangkok; and Raffles, Singapore; with a couple of gigs at the Jebel Ali, Dubai, and the Ritz Carlton Mirage Palm Springs, U.S.

In the last 10 years, he’s worked with Melco Crown Entertainment in Macau; opening the Crown Macau/Altira, and two integrated resorts at the City of Dreams and Studio City.