Movie: Raiders of the Lost Ark

Harrison Ford plays Indiana Jones, one whip-smart, gun-totin’ archaeologist in this non-stop actioner, which is set in the 1930s and filled to the fedora’s brim with adventure, romance, one-liners, exotic scenery, and snakes.

Without argument, Raiders of the Lost Ark is one of the greatest movies ever made.

Most of us have seen it.

But for those who haven’t — drop everything and watch this classic now!

Indiana Jones and the Temple of Doom — the sequel to Raiders of the Lost Ark — is set one year before the events in Raiders. 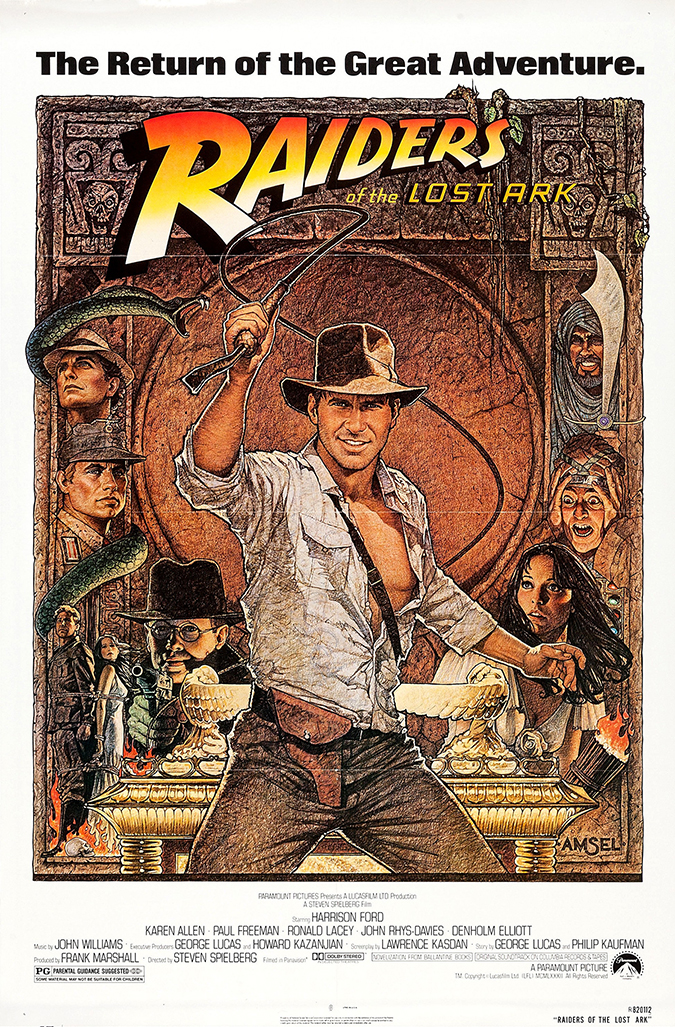