We met Michael Rush outside a Kowloon nightclub one night – and while we didn’t get a chance to talk, we were happy to make his acquaintance.

A fellow American expat living in Hong Kong, Michael is enjoying the city, producing good art, and making positive contributions to the community and people around him.

Below, Michael talks life and his latest work, Café Racers of Hong Kong, a film about a motorcycle culture in Hong Kong.

Café Racers of Hong Kong from Michael Rush on Vimeo. 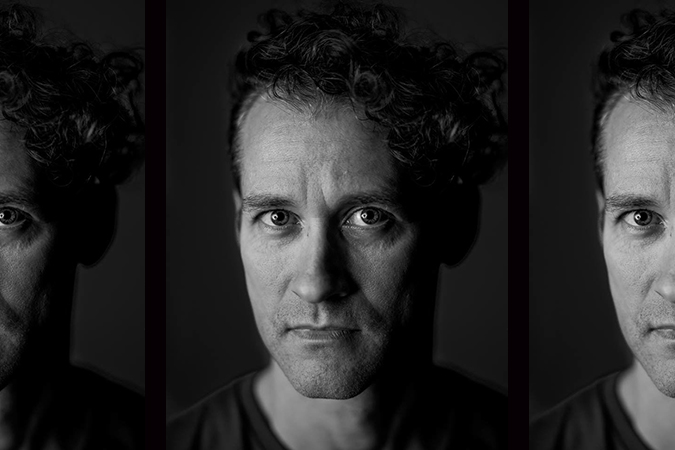 There is usually some degree of obscurity in my personal work, preferring to leave some things to the imagination. Aesthetically, I am striving for a kind of richness and atmosphere over technical perfection. Brian Eno has refuted the widespread idea that people’s attention spans are getting shorter – that people are starving for experiences that are longer, slower, and more sensual. I like to think my work exists somewhere within that sphere.

1. How long have you been a filmmaker? And what is your earliest film memory?

I remember seeing Star Wars when I was 7 and creating my own sci-fi story by drawing on bleached film-strips. I saw my first “R” rated film at around age 10 – The Warriors – maybe that was the beginning of my obsession with urban darkness… Years later, I experimented with video cameras as a creative device but never really attempted a proper film until quite recently. I still consider myself a student.

I think that media overload has been the biggest story of the last decade. We are just constantly bombarded with imagery. As a result, to get seen, things have to be either really well done or really shocking. So many of the music and fashion videos now are just – every editing trick, crazy color grade, CGI, kitchen sink, etc., thrown in – and that ends up in the gallery and in the cinema eventually.

3. What’s the best piece of business advice you’ve heard? And do you follow it?

“Get everything in writing” and no, I don’t always. I really should.

Probably Guitar Center! I don’t shop much but my favorite shopping experiences had to be record shopping in London in the early 90s. Camden Town would just be alive with all kinds of new and different sounds pumping out of the shops. That whole period of cross pollination in music and style just sent my mind racing. God bless the record shops.

5. What music, movie, book, or magazine gets you ready to sketch or brainstorm?

For me the key is atmosphere and texture. Whether it’s a Gerhard Richter painting, a book of gritty Daido Moriyama photos, the squall of feedback in a Jesus and Mary Chain song, or the open space of ambient or dub techno music – all of those things will create stories in your mind if you are open to it.

7. If you could watch only one movie, what would that movie be?

Maybe The Holy Mountain. Or Holy Motors. I think it would have to have the word “Holy” in it and take a lifetime to come to grips with.

a. Tell us a little more about your film. Why did you make it? What attracted you to the subject/s? How can people watch it?

CaféRacers really started just because I love motorcycles and I was looking for some like-minded folks when I came to Hong Kong. I just went to one of their annual rides to take some pics and they were so welcoming and had such a great scene going. I started shooting the SRBC club members every once in a while and before I knew it, four years had flown by. I had a lot of footage and I just really needed to pull it together. In the end, I couldn’t resist adding a small twist of fictional drama to what was otherwise a pretty straight documentary. The film will be posted to my website michaelrushstudio.com and the CaféRacers of Hong Kong Facebook page fairly soon. Please follow to be notified.

b. Are you based in Hong Kong? Where are you from originally? What brought you to Hong Kong? What do you like about it? Any recommendations for restaurants, bars or sites?

c. Is there anything you’d like to add, promote, or discuss?

I want to thank anyone who supports and promotes the arts of any kind in Hong Kong. The city gets a deserved bad rap for being all about money first and culture…somewhere down the list, but there is a vibrant network of artists here busting themselves to pay the rent so they can create inspiring work. Please make the time to attend galleries, studios, book fairs, and performances of all kinds. Support (more) art in our schools and support media that covers the arts. Thanks!

This Week’s Perfect Pairing – A White Burgundy With…