I was very pleased to meet Anthony Monaghan, who was in NYC briefly on his way between St. Louis (where he has a home) and Ireland (where he was going to do some publicity for his film, and where he also has a home). He was staying at a Hilton hotel in Times Square, which is not the best location for quiet conversation, so we walked over to Restaurant Row (46th Street between 8th and 9th Avenues) for a dinner with the pre-theater crowd, and he told me a bit about his documentary, Rednecks + Culchies, and about himself.

He didn’t have much in the way of schooling, but he built a successful construction business. He has three daughters who he adores. He has a big heart. He has a lot of stories. He values substance over appearance and actions over words. He thinks the world is too concerned with instant gratification.

Here’s some of what he had to say:

A Q & A with Anthony Monaghan

I’m of Irish descent (my grandmother was from County Clare and grew up on a farm) but had not previously heard the world “culchie.” Can you define it? Is it very insulting, or meant in a less mean-spirited way?

I’m a culchie, I’m from the west of Ireland. It’s just a name. You can’t take offense. It’s similar to redneck. It’s what someone from the city calls someone from the country. I’ve experienced discrimination in England…calling someone a culchie isn’t that.

I’ve visited Ireland (and I have family there) but I have not spent a lot of time there. My brief impressions, though, are of a much friendlier place than the United States. When I was a college student trying to figure out how to get from one place to another outside of Dublin, people stopped to help, I was given a ride to my cousin’s house. It was really remarkable to meet with such kindness.

Ireland is changing. Like any other country, it has its good and bad. I’m afraid of Ireland losing its traditional bearings. There are some people who are rejecting their parents, their culture, their religion. And you’ve got to stand for something. I’m not a very religious person, but you need a little faith. You can’t throw out a thousand years of tradition in twenty years and reject everything. Then all you have left is TV and stupid junk.

How long have you been in the US?

It’s been twenty years. I first came to New York, to the Bronx, to box.

I’m afraid we’re all too familiar with some of the negative, but what are the positive things that the rest of the country and the rest of the world should know about St. Louis?

St. Louis is a great town. It’s a good place to live.

Obviously racism exists in St. Louis, like other places, but I think politicians use the separation of races as a ploy to divide people. I think what affects people a lot is financial class distinction and lack of access and opportunity. If you weren’t born privileged, it’s harder to get ahead. In my documentary, I show that disparity and struggle is bigger than black and white. I think politics and society overly focus on race as a distraction to not fix the root of poverty, crime, and the struggles of working class people. These problems affect everyone.

People need help and the money isn’t being spent where the city needs it. They build a new stadium for millions, but they don’t support the people who are desperate and hungry. Poverty is a real problem.

My daughter was held up at gunpoint recently. And my child is your problem. And your child is my problem. We’re all each other’s problems and we need to take care of everyone. We’re all human. It was blue-collar guys that built this country and they get no respect. They’re not needed.

I’ve been judged all my life. It’s bad to judge people.

How did you end up making a documentary?

I had something to say. I first tried to go to film students and offered to pay people to help make my movie but they weren’t interested. I’m pretty hard headed though. So I got to know this guy, Elliot Geolat. He’s a ballet dancer with the St. Louis ballet, I befriended him at Starbucks. He showed me a film that he’d made himself and he advised me to hire this guy John McNamara. He’s a Scot, but they pulled his visa, so he’s back there now. And he knew a guy, Christopher Gibbs. I met him at a bar and he was falling and wobbling all over the place, so I thought he was a drunk! But he’d been in a bad car accident. So I had the film crew…I asked if they could move in with me for a month or two.

They moved in with you? Into your house?

Seven months? Wow. Do you think the film is a success? Is it what you had hoped it would be?

I think everyone does have a story if you take the time to listen to them.

Yes. And theirs is a story that isn’t being heard. We should all tolerate each other. We should hesitate to judge. Everyone needs hope. Poverty has no race.

Don’t put people in boxes. We should be open-minded, listen to each other. And don’t be afraid, if someone has a different background. People pull their kids out of schools because they don’t want their children around poor people. People who aren’t like them. But I mixed my kids up with everybody.

I grew up very poor and now, my life is easy. But if you starve people, they’ll steal. I would, if I had to, to put food on the table, to feed my family. Society isn’t giving enough back.

How many people do have you working in your construction business?

Do you work on commercial properties, or residential, or what?

Do you think we need, then, to raise taxes, to pay for the social benefits that will help people in poverty?

Not more taxes, the money is there, it’s not spent right. People don’t need more handouts, but they do need education and industry. Not to be treated like a second-class citizen.

And saying “sorry, it won’t work,” is saying no. And we have to try something!

Well, if we reduced poverty, it wouldn’t solve every problem.

Right, but it would solve a lot of them.

That’s true. Do you see yourself writing a book someday, maybe?

I think I have four or five books in me. I’ve seen a lot.

What have people thought of your film so far?

People like it. It’s different. It’s something that hasn’t been done before. And I know they mean it because they haven’t just told me; they’re not just being polite.

I hope it reaches a wide audience. Have any other films influenced you or your work?

Not really. This was something I just wanted to do. It’s out of my own head.

Do you have another film in the works?

Yes, I’m going to do another film. This one will be in Ireland. And it will be different. Different music, and a different concept. About Ireland, what it is, and how it was.

I will look forward to that one, too. If you could go back in time and do one thing over, what would it be?

I wouldn’t change much. My experiences have made me what I am. Mistakes are natural. They’re a learning phase. I’ll make more. It’s human nature. I wish I’d had more money and more food growing up.

So, what’s the best piece of advice you’ve been given?

Oh, don’t let other people bring you down. Hold your head up. Don’t be afraid. Don’t be afraid of your own truth. Be true to yourself. Don’t worry about what people think.

Politicians will try and divide and conquer. And it works for politicians. But we need to reach out more. Get involved. Do stuff. Talk together. I think we’re too politically correct. Too sensitive about what people think and what we all say. Too easily offended. But we can teach our kids to be activists for good. To be more compassionate.

What people don’t know about me…it’s their own fault. They never or ask or get to know me, so they don’t know.

Yes, my movie. It’s out April 19th.  You can learn about it on my website, Monaghan Productions. 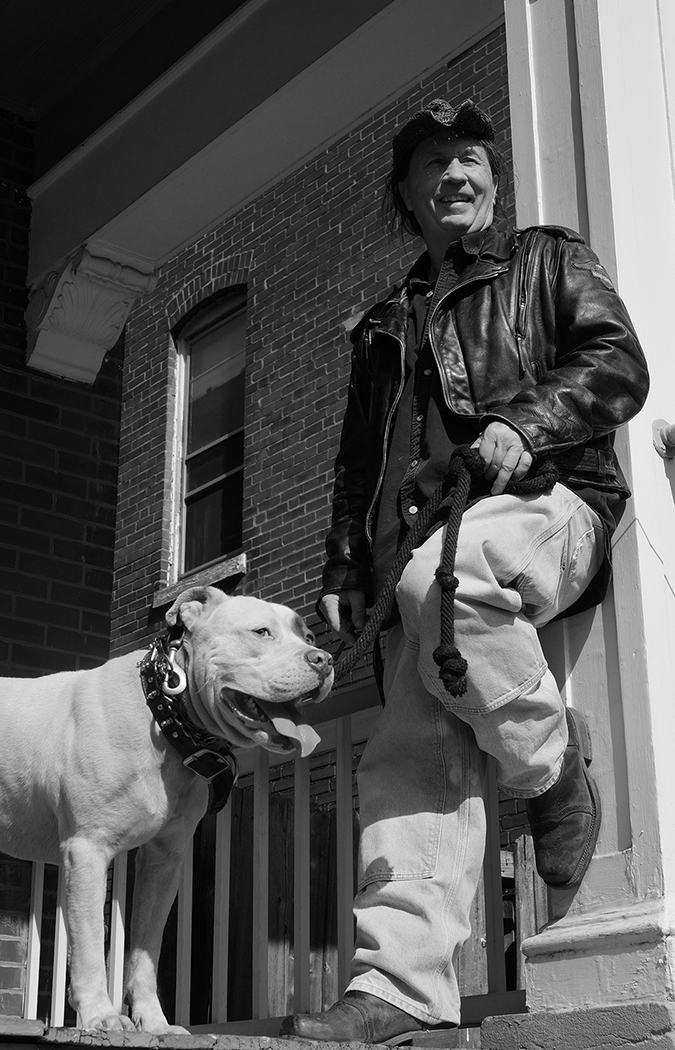