While his friends, in their underage years, were out doing “illicit shit”, James King was busy cutting his teeth in L.A. jazz clubs.  Putting in the time has definitely paid off for this SoCal native since these days King is jet set with Fitz and the Tantrums.

He is the virtual Swiss Army Knife of the band.  Over the course of a Fitz show you’ll hear him behind the saxophone, baritone sax, keyboard, guitar, and flute, he’s a pro no doubt. But let’s face it, the ladies (and admittedly this guy) are a sucker for those sax solos.

Formed in 2008 with college pal Michael Fitzpatrick, Fitz and the Tantrums are not an act you can put in a box.

Their songs and shows are full of serious soul whilst simultaneously making you feel like you’re at a party.

With two critically touted albums to date, both with their fair share of singles, including “Money Grabber”, “Out of My League”, and “The Walker”, we at NewsWhistle can’t wait to see what’s next for this band.

For those who want to check them out live, they’ll be in Paraguay, Argentina and Brazil in March — and as we found out from last week’s line-up announcement, they’re headed to Coachella 2015 the following month.

We sat down with King over cheese curds and Guinness during his gig stop at First Avenue for an insightful chat on college music critics, bullies, and David Bowie. 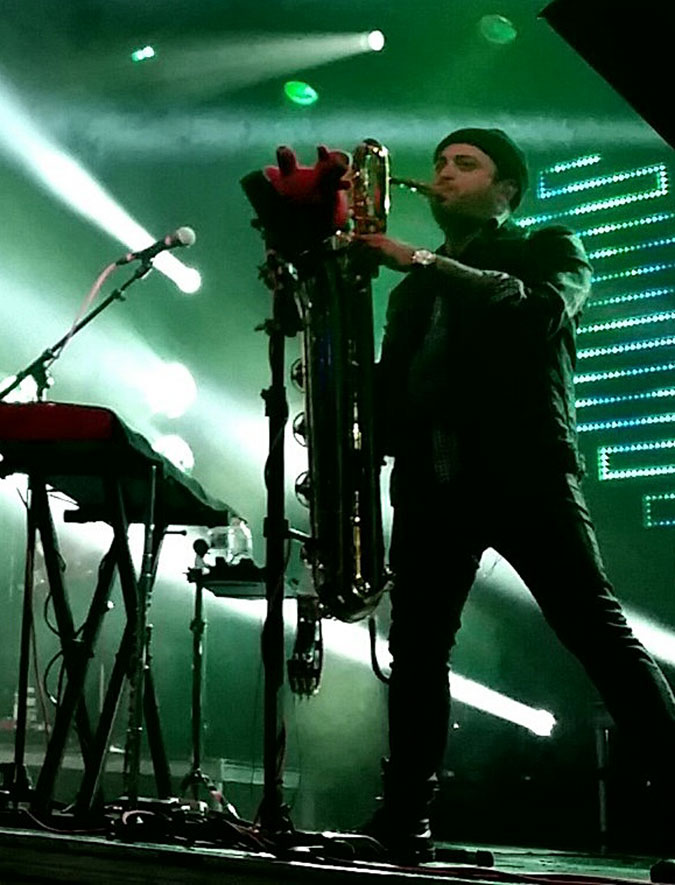 A college music writer reviewed our show, and talked about me for most of the article. It was mostly flattering, but contained a few snipes and at times bordered on the absurd.  He compared me to Elvis during his fat years, said I was simultaneously transfixing and repulsive, and yet he couldn’t take his eyes off of me. At first it was nice to have a band review centered around me, but then he got all “Single White Female” about it. Ultimately he said I owned the show. But I felt dirty.

Tough, but I’d have to say “Stranger Than Paradise”, Jim Jarmusch’s 1984 directorial debut.  It’s shot in black and white, centers around some really bored and desperate people, and builds slowly around a morose string quartet score by John Lurie.  Not your most action packed fare, but perfectly dark for zoning out to.  It also has a Screamin’ Jay Hawkins song that plays over and over.  Richard Edson, the guy who plays the joy-riding garage attendant in “Ferris Bueller’s Day Off” (another contender for favorite movie) has a prominent role.  Edson also happens to be a jazz drummer in LA, which is a non-sequitur.

Putting all my eggs into the “Jazz Saxophone Degree” basket at an expensive art school.  It’s a field that is saturated with overqualified graduates who flood the marketplace with a skill that is not very much in demand, like much of the arts. In my case, I’m playing music for a living so the risk worked out.

When I was a kid there were these twin bullies Travis and Sean who lived up the street.  Real little shits, like Nelson Muntz on the Simpsons.. only there were two of them.  One day I fell off my bike and the twins and their gang of toadies came up and laughed and pushed me around and said my mom had shit me out.  Oh, if I could only go back like Marty McFly and nail that little fucker Travis right in his mealy little maw; it would be worth getting the subsequent beat down that surely would have followed.  But, you know, he’s probably slinging used boat parts with his mouth-breathing twin brother somewhere and I’m, like, in a band and stuff.  So Nyah.

What do you get when you cross a tortoise with a porpoise?  Wait, shit; I forgot the punch line. Sorry, I don’t remember jokes very well.  I do impressions though. Here’s one of Rosie Perez…

Don’t think so much.

Jeff Goldblum.  I happen to play music with him from time to time.  He really is the same hilarious guy on and off camera, and he’s made a great body of work just being his eccentric wacky self.  He tickled my wife’s feet once while she had her feet up and wasn’t looking, but then she wasn’t my wife yet at the time. Weird, huh?   He also came to our wedding and played the piano.  And he was in “Earth Girls Are Easy”.

That Jeff Goldblum will try to tickle my wife’s feet again. No, I guess that’s more of a paranoia. Let’s see, I have a fear of going on stage with my zipper down.  I compulsively check the zipper before we go on every night.  Too many naked-at-school dreams as a kid.

10. Last, but not least, freestyle time…is there anything you want to pitch, promote or discuss?

I have some ideas that are in the formative stages and not quite pitch-worthy yet.  We have an upcoming break in our tour schedule and I’d like to come up with something that combines the influences of Mel Blanc, Jackie Chan, and Frank Zappa.  Stay tuned.

11. Oh, and a couple of bonus questions…

a)  Are there any new/young unknown bands you are onto that the world should know about?

I just discovered a band out of Pittsburgh called “The Van Allen Belt” who I like a lot. They have been around since 2007 so I’m behind the curve, but glad I stumbled upon their recent LP and I hope we end up on a show together sometime.

Another band I love is “Beat Club“. They opened for us on a couple of tours and they are great writers and musicians and really funny dudes. They have a great EP and it’s downloadable.

b) The saxophone is arguably the sexiest of all instruments, would you agree that this makes you the sexiest member of the band?

Absolutely without question.  Thousands of college concert reviewers can’t be wrong.  Ok, dozens.  Ok, there was just that one guy. But he said he was transfixed.  Also, every girl who comes up after the show who happens to play sax in their school’s marching band thinks I’m “totes hot.” Soooooo…….

c)  We at Newswhistle love David Bowie and feel he is universally respected by musicians and music lovers a like.  However, sometimes we are clueless as to what the heck Ziggy is telling us lyrically.  This question is, WTF David Bowie?   Would you mind translating the following one (or both) of the following stanzas…

Let the children lose it

Let the children use it

Let all the children boogie   – (Starman)

Indeed. How can you use it after you lose it? I think the key in deciphering this is his pronunciation of the word “Boogie”.  It’s vaguely naughty.  The Starman performance on “Top of the Pops” is what propelled Bowie to Rock God status in Britain, and I am convinced that it’s because not many children had really and truly Boogied up to that point (though they THOUGHT they had). Of course if we fast forward past Ziggy and the Thin White Duke, we see these powers come to the fore again to devastating effect in Labyrinth, where the children not only lose it and use it, but boogie and with the power of Voodoo. Who do? You do. Remind me of the babe.  But that’s beside the point. He thinks he’d blow our minds. But we’re not the children. The children are boogieing.

Modern Love gets me to the Church on Time

Church on Time terrifies me 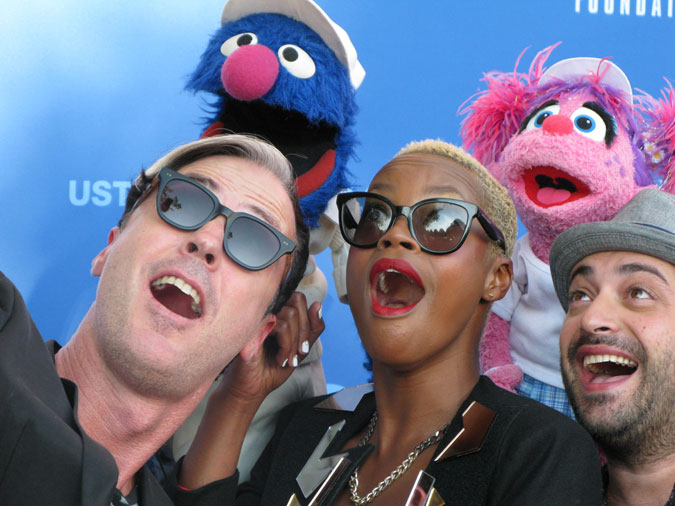