PART 7: ALBANIA: DROP TIJUANA, IF YOU HAVE TO DROP A LOCATION

Albania? Never made it there. While intrigued at the old Soviet architecture we saw in a few tourist pamphlets, time was limited.

We made the tough decision to skip what I would consider untouched land and normally make an effort not to miss, and headed towards Sarajevo. The comparison of Albania to Tijuana Mexico somewhat helped the decision-making process. I do however regret this decision and have put Albania on my list of untouched lands to visit, if I can’t legally get to Cuba in the next couple of years.

We drove from Dubrovnik southerly along the coastline to Kotor, a seaside not necessarily deserving fame for the town itself but for the view of the black mountains across the bay afforded to those lucky ones that call the town home. We continued southerly to the town of Budva, a gorgeous seaside resort town now playground to the Russians that haven’t quite made it to the South of France.

Then we decided to say goodbye to the coast and drive inland towards Bosnia. 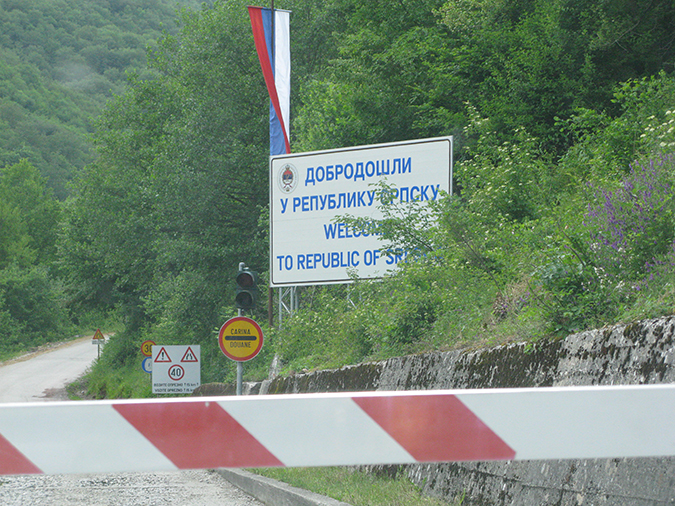 After about 980 more hairpin turns, 20 or so signs saying “beware, rocks falling,” with actual rocks littered along the road (can’t quite call it a highway), 180 tunnels where you can actually see shovel marks along the grain, confusing signs of now defunct borders of the Republic of Srpska, the infamous Serbian State once set up by the Bosnian Serbs, and of course the friendly faces of Soviet-era machine guns and barbed wire as you pass the current border from Montenegro to Bosnia and Herzegovina, you arrive in the great town of Sarajevo.

Amidst all this we managed to get a quick and amazing authentic bite at the Socica, possibly the only place in the beautiful but treacherous canyons of the Piva Lake that offered room or board. Though visually this resembled a tourist trap rather than the kind of One-Restaurant I was telling you about that exist in the One-Restaurant-Towns, with the large parking lot for group tour buses, rather drab rows of long tables and seating arrangement, and costumed waitresses looking like a movie prop, the food was homemade from ingredients that could have only been local and I just had to order my second big bowl of soup in the end.

I doubt however this place would produce the same caliber of food during high season, and reinforce my first tip around traveling slightly pre- or off-season.