Sarajevo is the kind of town that stays deep in your heart forever. The city rose again after surviving the longest siege in world history. And perhaps befittingly, we were greeted by a rainbow, a Coca Cola sign to the left, and a tall McDonalds symbol to the right, as we approached the City Center. 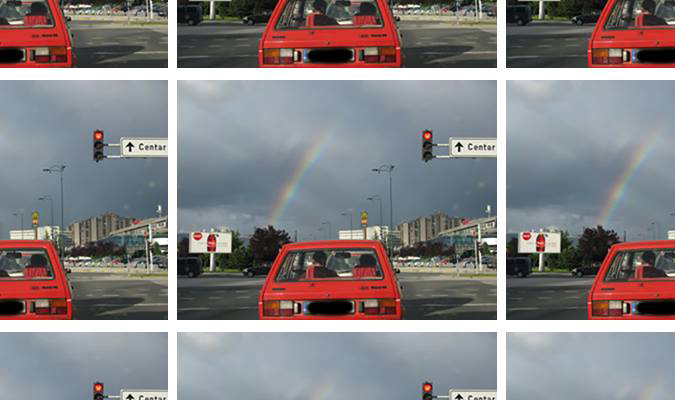 But for most of the Sarajevo residents, the siege is not something you hear about in history books but what you remember when you think about your own youth.

As you work your way on the main highway into the center of the city, you see bullet hole ridden buildings and wonder if that is really what you think it is. Then you get to the city center which is just so lively and full of energy, typical of any emerging market life, you think you may have imagined it all.

But if you are a Fearless American, let alone a Fearless American Journalist, you will ask your hotel concierge in a bright and jovial voice of curiosity “were you here during the siege?” and see the man’s face cloud over and a thin layer of saltiness start to coat those huge eyeballs bottoms up.

You see tears well and then immediately change the subject to ‘late night eats’ or something rather in order to avoid a situation possibly embarrassing for the both of you.

Well, the hotel concierge was able to regain his composition and told us to walk out and go left, and then cross the walking bridge, and ask again for the Sarajevo Brewery. He promised us it would be open. This was a gorgeous space, and we were seated upstairs in a private spot on the balcony looking down onto the main dining hall with a gorgeous chandelier hanging low from the ceiling. The menu was not necessarily local, more like sausages and potatoes, befitting the brewery it was, but we managed to get some more of the great tomato salad.

And while not local in nature, the food was perfect for the chilly night. While as a rule I do not drink beer, we ordered tall glasses of the eponymous beer and it tasted as clean as Korean mountain water. We walked back towards the hotel, and crossed the bridge where the Austrian Crown Prince and wife were shot by a Serbian nationalist in 1914 which triggered the First World War. As I said, lots of history here. Mostly the violent stuff.

The next day we walked around the Old Town and small, but bustling café and shopping streets around the Hotel Europe. We had at least two portions of Cevapi, the Bosnian national dish of grilled minced meat with spices with heaps of the spicy tomato Ajvar sauce that we had become addicted to, and two cups of Bosnian coffee, aka Turkish coffee, before the crowds started thinning. We also found a Club Bill Gates, and wished it was open so we could ask the meaning of the name to the proprietors. And then… we propelled ourselves towards Mostar.

Love and Death in Paris – Part 2

Love and Death in Paris – Part 1