I went to see the Mo Willems exhibit at the New York Historical Society recently, which was really excellent. I learned soon thereafter that the exhibit had originated at the Eric Carle Museum of Picture Book Art, so I knew I wanted to check the place out at some point. And when I heard from Sandy Soderberg, the Carle’s Marketing Manager, that Eric Carle himself was coming to visit and to sign books for his young (and old!) fans, I decided that the time was now, and headed up to Amherst, Massachusetts, with the family, on Saturday, May 28.

Eric Carle, a children’s book author and illustrator best known for The Very Hungry Caterpillar, founded his eponymous museum, along with his wife, Barbara, in 2002. With a mission to inspire a love of art and reading through picture books, the museum professionals there collect, preserve, present, and celebrate picture books and picture book illustrations. Mr. Carle lost his wife last year, and is now almost 87 years old, but he still keeps a busy schedule, creating art and writing stories (he’s published over 70 books–so far!), and truly enjoys meeting the children who love his work so much. 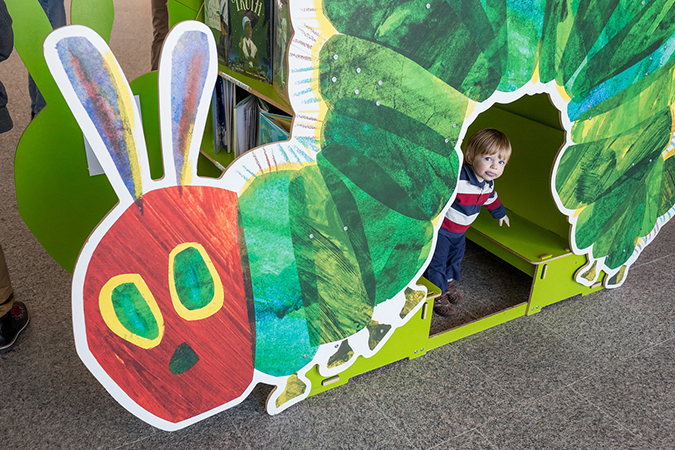 There was a long line at the door when we arrived as the museum opened, but the engaging staff quickly got everyone inside and out of the heat, and distributed timed tickets for the book signing so that people could explore the museum while waiting their turn. We hit the gift shop (which was terrific) and bought some books for our kids (and some to give away as gifts), and then checked out the hands-on art studio (which the kids adored). My daughter and my niece were very excited to do a scavenger hunt (trying to find various illustrations painted on the walls throughout the museum) and rushed around eagerly checking off boxes. There was a lovely reading library with thousands upon thousands of picture books. There were complimentary donuts and apple cider in the café, and a vending machine stocked with healthy snacks. The staff could not have been friendlier. Everyone there seemed to really enjoy having the kids around and seeing their energy and enthusiasm.   When it was our turn to wait on the book signing line, there were temporary caterpillar and butterfly tattoos to enjoy, a museum employee happy to take pictures of our family meeting the author (and with our own cameras and cellphones), and at last, Eric Carle himself. He was wonderful, just a really sweet man, patient with his young admirers, and willing to sign all of our newly purchased books. He even drew us a caterpillar of our very own! 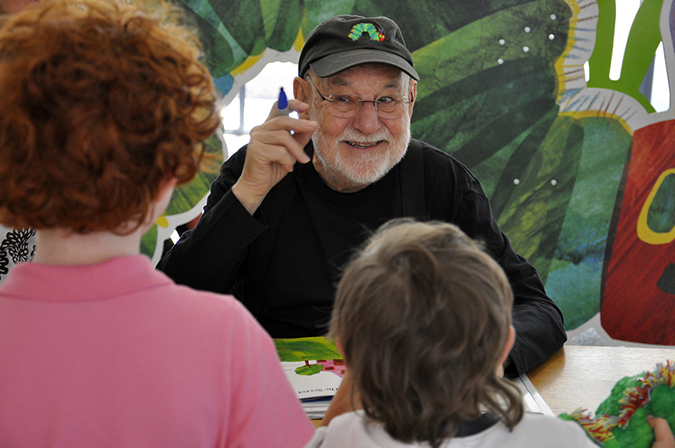 After we said goodbye to our new friend, Mr. Carle, we went to see some of the exhibits. One focused on Eric Carle’s own art and the hidden messages (or “Easter eggs”) in his books, ranging from his children’s initials hidden in surprising places, to more complicated allusions to friends and places important to him. Flip labels revealed all of these images, which the kids absolutely loved. And the adults in our party had a chance to slow down and learn a little bit about the author and illustrator’s history and background, and how he worked in advertising before he became a children’s book illustrator with Brown Bear, Brown Bear, What Do You See? in 1967.

We also were lucky enough to see an exhibit on Louis Darling, the original illustrator for many of the beloved classic Beverly Cleary books, who brought Ramona and Beezus Quimby, Henry Huggins, Ellen Tibbets, Ribsy the Dog, Ralph the Mouse, and quite a few other old friends to life. Darling illustrated twelve of Cleary’s books over a 20-year period, and although they’re not the illustrations used in today’s editions, they are the ones I grew up on, and it was great to see them again. I especially appreciated some of the sweet and thoughtful touches in the exhibition space, like having Ramona’s handprints on the walls, and bicycle tracks on the floor.   A touching tribute for Ms. Cleary’s 100th birthday this year. 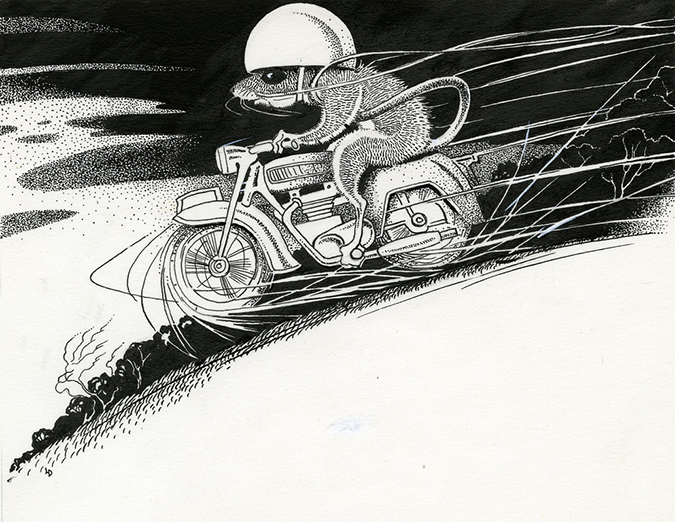 There’s a Robert McCloskey exhibit opening on June 19th if you go this summer; this one is in honor of the 75th anniversary of Make Way for Ducklings. I’m rather tempted to go back. (Also, rumor has it that Mo Willems will be making an appearance in September. And where he goes, Elephant and Piggie are often to be found.)

Anyway, the museum’s about three hours from NYC, two hours from Albany, two hours from Boston, and an hour from Hartford. If you’re looking for a family-friendly road trip, you could do far worse. We stopped for lunch at Atkins Farms Country Market, right down the street, got everyone some sandwiches and snacks, and then headed on home. It was a very good way to spend a Saturday.  Go check it out! 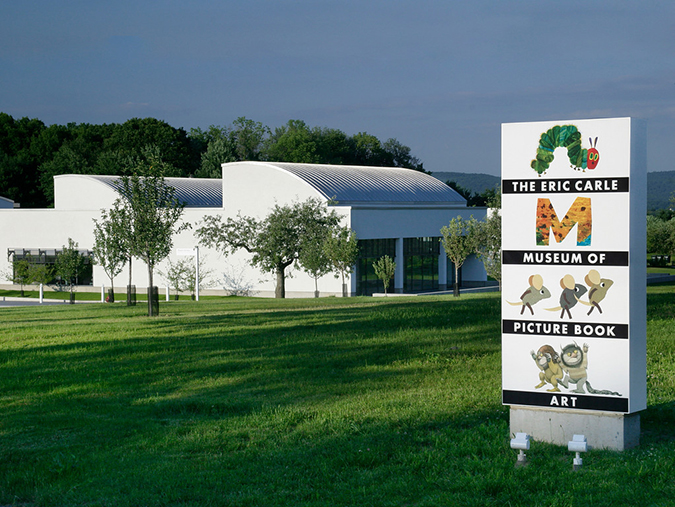 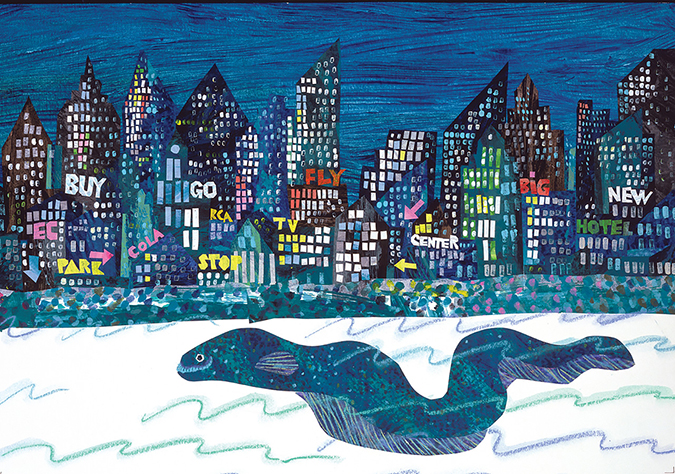