So many tricks, so little treats.

Like my old basketball coach used to say when we were sucking wind at the end of practice: “You’re two steps slower than erosion.”

That’s sort of how Hollywood seems to be reacting to trends these days.

No way theaters can compete with that this weekend, not even Jigsaw is that retro-cool. Folks, the jig is up. Yes indeed, Thor’s mighty hammer can’t arrive soon enough.

“Jigsaw” arrives as the de facto fright flick this Halloween weekend, which will certainly help its cause, although after a seven-year absence will fans come back for the same old chain to ease their pain? This is the eighth film in the series, after all.

Remember, classic horror franchises like “Friday the 13th” ($40M debut) and “A Nightmare on Elm Street” ($32M debut) succeeded after long layoffs by reinventing and rebooting their respective franchises entirely. That said, neither of them has seen another installment since.

You can’t fault Lionsgate for taking the “Saw” skeleton out of the closet though, as it’s bled black for the studio from 2004-2010, grossing $873M worldwide in box office receipts, and over a billion when considering ancillary markets.

“Saw VI” saw the lowest debut of the franchise with $14M, but “Saw 3D,” the seventh incarnation, rebounded with a debut of $22M. The highwater mark of the series was “Saw III” rolling out with $33M.

In 2,700+ theaters expect upwards of $20M, which would easily make it #1, as well as doubling down on the $10M budget. The only thing stopping the fright flick will be whether or not “It” creeps back into more theaters, as it’s widely expected to.

WB’s massive $650M+ hit dropped down to 2,500+ theaters in its seventh week of release, but may return to upwards of 3,000 as Pennywise fever will be in full swing.

Remember when Miles Teller seemed poised to become the next John Cusack?

Cusack circa late 90s—“Grosse Pointe Blank,” “Being John Malkovich,” “High Fidelity.” When Teller was in peak Cusack form, he seemed on that trajectory as he had “The Spectacular Now,” “Divergent,” and his star turn in “Whiplash,” which announced to everyone that a huge new talent had arrived.

Then came “Fantastic Four,” “Bleed for This,” last week’s clunker “Only the Brave,” and this week’s “Thank You For Your Service.” And, oh yeah, he was supposed to be the star of “La La Land.” What a career 180. This guy can certainly act, but whoever is putting scripts in his lap needs to be rebooted.

Universal seems to have kept this one under wraps for a reason, as the studio is basically mailing this one in—releasing it in just 2,000+ theaters the weekend before the holiday movie season begins.

That’s like opening a film the last weekend of April before the blockbuster circus of summer. In other words, “Thank You For Your Service” is getting the sweep-it-under-the-carpet service. And they’re sparing every expense. $3.5M tops, folks. Move along, nothing to see here.

Also getting the brush off is George Clooney’s latest, “Suburbicon.” The trouble with trying to make a film like the Coen Brothers—heck, it’s even co-written by them—is that it better be, at the very least, as good as their films. That’s a tough bar to achieve, even for someone with Clooney’s background.

Unfortunately for Paramount, critics are hailing the $25M “Suburbicon” as subpar, which means audiences will opt for Halloween parties or handing out treats instead of grabbing Clooney’s bag of tricks.

There will be blood, Matt Damon’s blood…everywhere…that much we know from the trailers. “Suburbicon” has the makings of a box office bloodbath: $5M in 2,000+ theaters.

Let’s be clear: the official title for this is “Paul Thomas Anderson’s Daniel-Day Lewis: Episode II – Phantom Thread,” which has been rated R for language…and causing a disturbance in the force.

Hey, I’m all about a good “life sucks” drama every now and then–one that cures depression by being the sort of movie that features seriously physiologically stunted characters—call them megalomaniacs if you’d like—really depressed people who engage in much more depressing situations and are inherently much madder at the world than I can possibly have any reason to be. Those films make audiences feel good by displaced association, but I certainly don’t think I could make a career out of it. I’d be labeled pretentious. Full of my own fluff. Might even have to contemplate Brexiting myself.

And now, I present, Paul Thomas Anderson’s latest film, “Phantom Thread.” And for a moment I understand why Daniel-Day Lewis is quitting acting for good, and for a brief moment I even think, I hope, that this must be the most elaborate movie prank of all time—an Andy Kaufman moment for the ages.

But, in my mind, I’m pretty sure this is a real movie, that’s the real title, and it’s not a documentary about how George Lucas completely f’ed up the Star Wars prequels. I mean, how great would it be if “Phantom Thread” were actually a parody of “The Phantom Menace” set in 1950s England. Now that would be cause for celebration, cinephiles.

If that were the case, you could surmise that P.T. Anderson is having fun again like he sort of did with “Boogie Nights,” his masterpiece, you know, before that downpour of frogs and eating pudding and drinking other people’s milkshakes and whatever they did in “The Master” and “Inherent Vice.”

Not that Anderson’s films aren’t highly imaginative and full of wonderful camerawork and superb performances, but his last few films, to me, have been hollow experiences, almost as if they have no soul, and very difficult to watch more than once.

Hmm, I’m starting to think someone is obsessed with DDL. I kid you not—Daniel-Day’s character name is Mr. Woodcock. C’mon?!? Seriously?!? Mr. Woodcock of the House of Woodcock. It’s true. This is hysterical. I honestly can’t wait to watch this film. Just once, though, while having a good laugh every time “Woodcock” is said and then going back to wondering what it would be like if P.T. directed the holy grail of TV adaptations, “Gilligan’s Island.”

“Truth is bullshit.” – Tonya Harding. This just shot up to #1 on the must-see list in the White House screening room.

I mean, I never thought I’d say this: JCVD is back. Ever since he went full Andy Kaufman in “JCVD,” and now from the looks of it, “JCVJ” too, he has achieved a greatness, a gravitas that I perceived would be just out of his grasp.

I imagined he was doomed to co-star in “Expendables 4, 5, 6” and team up with his evil twin and/or Dolph Lungren for the rest of his career. Maybe even do a musical adaption of “Bloodsport” off-Broadway.  Thankfully, I was wrong.

The fact that JCVD has found this absurdist career path is beyond my wildest dreams. If I could do the splits, I would. I’ll say this: everyone should check out Jean-Claude’s Johnson. And I mean it with all sincerity. 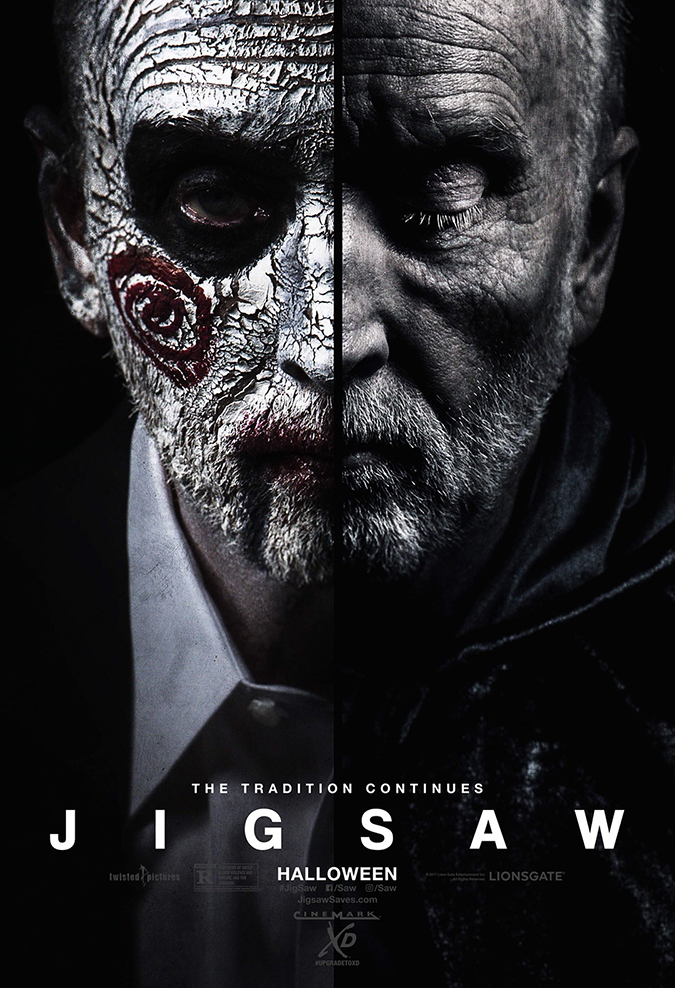