She was born in India, where she began as a child actor on stage before making the jump to television and film.

She later moved to New York, completed the Two-Year Conservatory Program at the Lee Strasberg Theater, and starred in such productions as a A Muslim in the Midst, off-Broadway, and CRSHD, an independent feature film.

Deeksha, who hopes to pursue projects in both America and India, was kind enough to tell us about her passion for acting, and why, sometimes, it’s so important to risk it all. 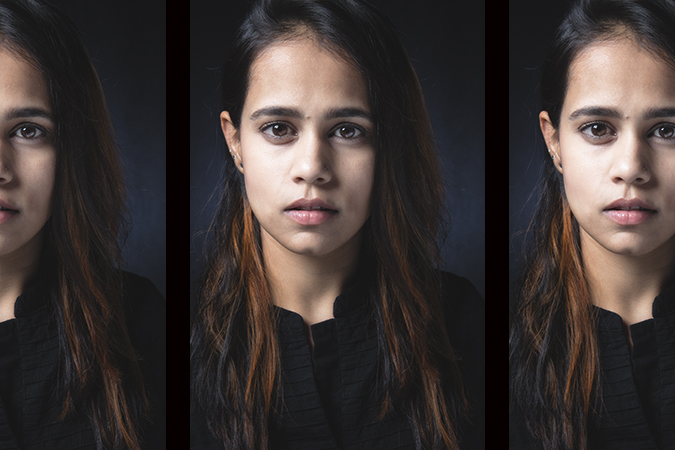 HOMETOWN: Based in New York, originally from Pune, India.

PLEASE TELL US A LITTLE ABOUT YOURSELF:

I am an extremely curious, happy-go-lucky person. I am not scared to listen to my heart and follow only what I believe in. I take a lot of risks, I have made path-changing, life-changing and challenging decisions, and even if they scare me, I somehow manage to keep going, and believing.

Stems out of limited resources, resulting into very creative styling.

1. How long have you been a professional actor? And what is your first memory of acting or performing?

I have been acting since the age of nine in India which eventually became my passion turned into profession for past five years. My first acting memory is of me walking on stage wearing a gown, with a dislocated, plastered left hand. I used be a gymnast, and during one of my demonstrations, I had dislocated my left elbow, and to my surprise, the theater company in my school was looking for a little girl to play a very small part representing broken/hurt mother earth. And as I was literally broken, I bagged the role. And since, there hasn’t been a single year that I haven’t acted.

3. What’s the best piece of business or acting advice you’ve heard? And do you follow it?

Show up to all the auditions you know, it’s not in your hands to get the part
or not.  Yes, I follow this advice.

I love the street shopping scene in Mumbai. It’s the cheapest, but the best. My favorite city to shop.

5. What music, movie, book, or magazine gets you ready for a big performance?

None of the above. I am full of energy, bouncing off the walls before any performance.

Question: Is it okay to choose the easier path in life?

Answer: Yes. Absolutely. Only make sure you are aware of what you are giving up. And if that is going to haunt you for the rest of your life, then I would rather risk it all, try all the options, burn all the bridges, in short, choose the hard way.

7. If you can have one photographer shoot your portrait, who would that be and why?