It is Sick Of Sarah (SOS) week here at NewsWhistle Music. Today, we are reviewing their most recent full length album, 2205.

In the coming days, watch NewsWhistle for continuing coverage of this great band from Minneapolis, including an interview with band members.

Where have you heard that before? Well, if you are a fan of music, specifically independently-minded rock and roll, you have probably heard it over and over throughout the years. There is just something in the water around here.

SOS fits right in with the punk-influenced clatter pop that has been steamrolling out of the Twin Cities since the late 1960s, and while their most recent full-length, 2205, might not overtly sound like the Litter, the Replacements, Babes in Toyland, et al, the DIY anything-goes spirit is there.

Jessica Forsythe (drums), Jessie Farmer (guitar), Abisha Uhl (vocals), Katie Murphy (guitar), and Alexa Wolfe (bass) have a look about them, but you know what your mother told you about judging a book by the cover.

The punk is there in 2205, but it is more than that. This listener hears the most delicate of collegiate-years REM in there, as well as Siouxsie and the Banshees, and hundreds of other bands, both well-known and otherwise.

“Overexposure” sets the tone with its driving beat, mysteriously-mumbled vocals before everything becomes crystal clear.

Is this the story of women in rock music? It might be, and everyone should take a listen.

The tension is dialed back a bit for “Simple Parts.” It’s a great example of what SOS does so well. They take a seemingly simple melody, put it to a propulsive beat, and pile on crystalline singing from Ms. Uhl. The guitar and melody wouldn’t sound out of place on REM’s Reckoning.

All the instruments working in lockstep union to create a mood that you understand when you hear it. You get it, even before the singing starts.

This song is definitely sadding around, and it is a gut shot. This is struggle, pure and simple. It feels like a protracted argument in which neither party even knows the score anymore, and doesn’t really care who “wins.”

“Kick Back” rocks with some venom. It is reminiscent of Bloc Party, and it should get your blood pumping, and maybe a speeding ticket if you are driving at the time. Be careful. 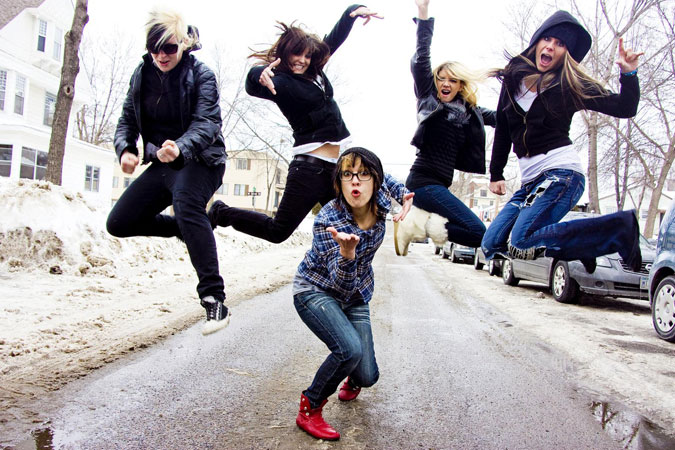 “Cigarettes” is similar in a lot of ways with “Simple Parts.” SOS is doing that thing again that I love: a tender, almost fragile melody set to strong thwacking by drummer Jessica Forsythe. The lyrics are unexpected (as is the surprise glockenspiel!) and quite awesome as Uhl sings of something vaguely unpleasant (cigarette breath) as a touchstone to a memory.

SOS can do unrepentant, undiluted pop, too, if that is what you need. “Kiss Me” has no subtext, really. It says what it means, and it means what it says. Listening to this one in your car with the windows up is illegal in 38 states and Puerto Rico.

The next two tracks seem related, counterparts. “One Night Stand” is pretty straightforward, dear readers. If you can’t read that title, and hear the lines, “You left me with a message, can we still be friends… I can’t believe you’re gone,” and not know what is going on, perhaps we have bigger fish to fry.

“One Night Stand” is answered by the bare balladry of “Shattered” (again with the glockenspiel?!). “If it was up to me, I’ll always make it shatter.” Just who the villain is depends on one’s perspective, I guess.

“Autograph” is total rock freakout, and by my tally contains the one and only “pick slide” on the whole album. I hope SOS doesn’t hate me for making the connection (I tend to think they won’t), but the opening riff is very close to Breaking the Law by Judas Priest. 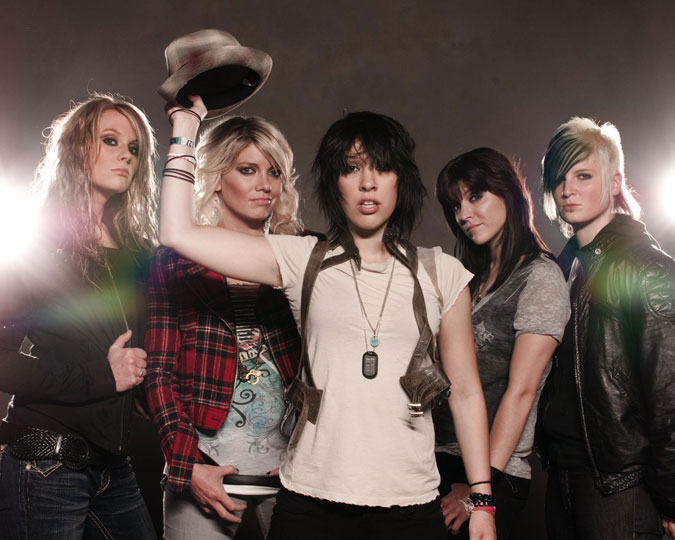 Finally, the all-important album closer, a place when bands either make or break an album, falls on the shoulders of “El Paso Blue.” SOS knocks it out of the park. They take everything from 2205: well-sung vocals, great lyrics, chunky chords, and an ultra-tight rhythm section (not to mention that glockenspiel). They take it all, and put it together in a song that telegraphs its emotional impact to Saturn and back.

This mess might not be what the protagonist asked for, but she’s making the best of it. That it ends with the repeated word, “believe,” is certainly no mistake.

They are currently on the road killing it every damn night. If you are local to Minneapolis/St. Paul, come on down to the Turf Club in St. Paul on April 30th for maximum rock and roll. 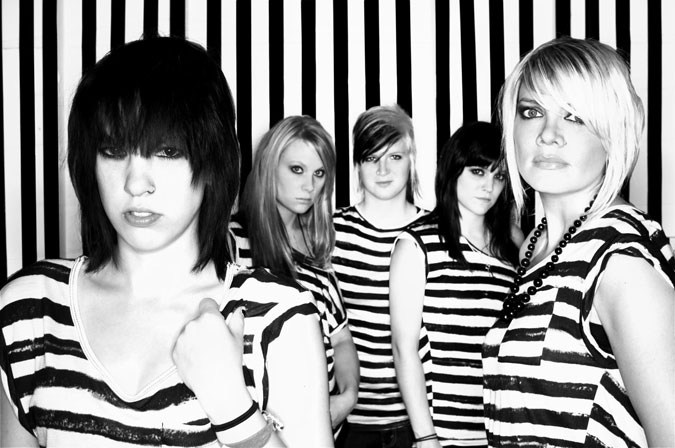 Photos Courtesy of Sick Of Sarah