The last time we caught up with Caustic Casanova, the loud-rockin’ trio from Washington, DC, they were promoting their latest album Breaks.

This time around, they’re back with a two-hitter called Pantheon: Vol. 2.

Below we ask them some old questions, and some new ones.

HOMETOWN: Long Valley, NJ, which I hated growing up but now kind of love. 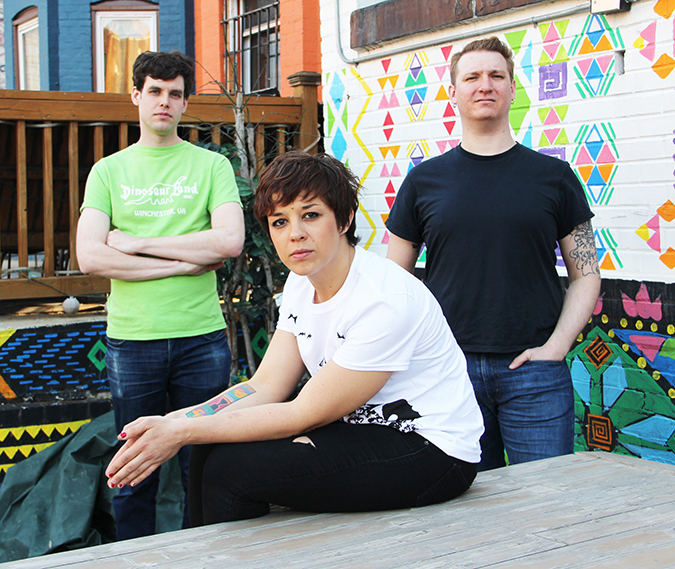 I’m sure I have an earliest musical memory that contributed zero to my development as a musician. I recall listening to Green Day and Smashing Pumpkins tapes in my bedroom, reading the liner notes and lyrics to each song attentively. But my first musical memory that definitively started my obsession with rock and roll that continues to this day was seeing AC/DC perform “You Shook Me All Night Long” and “Back in Black” on an SNL rerun in the summer of 1999. I grew up in a decidedly non-musical household where my parents didn’t even listen to music for pleasure, so my exposure to classic rock was almost zero. Listening to it all and learning as much as I could became my priority from that day forward.

Realizing that “Satisfaction” by the Rolling Stones was my favorite song at the age of two.

The few times a band mate or I have played drunk, it’s pretty much been disastrous, and disastrous performances are pretty embarrassing. Can’t think of a specific time that humiliates me the most, which I suppose is for the best.

Every show with Andrew Yonki.

Playing in a band called Nemyxes, which, yes, is “Sexy Men” spelled backwards. We played Ataris and New Found Glory style pop punk, and I loathe both of those bands, at least on record. Although wearing a dress onstage and it falling off 2/3 through the set is also pretty bad. The context does not make it better.

My least favorite thing about touring is the inevitable existential dread that creeps in when we play several bad shows in a row — poor performances or tiny crowds or both. It’s always thrown asunder by a tight performance or a great crowd, but it seems to happen to me at least once per tour. I also don’t like being tired all the time and performing really late at night, but that’s unavoidable until you can afford comfortable accommodations everywhere and be in a position to headline a club show at 9:00 pm. We’re nowhere near that yet. Just about everything else about touring I love — eating new foods, seeing unfamiliar and beautiful parts of North America, meeting new friends and re-connecting with old ones, experiencing smaller towns and the vibrant scenes in them created by people who put in the work and really love live music. I greatly enjoy meeting people who love their town and their music scene and can’t wait to tell us all about it — where to eat, who to meet, the local history, everything.

I love playing music every night and making new fans. I also love seeing new parts of the country and learning about different regional cultures — things like Minnesota meat raffles (totally a thing!) and Pueblo Indian traditions in New Mexico, etc. Also eating different regional cuisines! I dislike how sometimes it’s difficult to get my hands on something really healthy to eat.

The prospect of making road-friends, be they other bands we play with, fans,  or people we stay with. Essentially, becoming great friends with people we wouldn’t have otherwise met had we not been on tour. Also, regional food specialties and craft beers. We are on the west coast now; I demand hops. I don’t like how when one person in the band gets sick, we all wind up getting sick. LA traffic. Spilling Metamucil all over the van when all you want is your fiber fix. 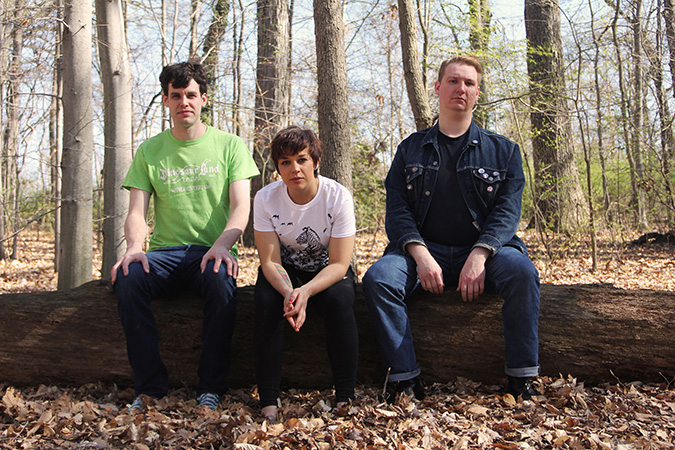 A few come to mind. Gary’s Record Paradise in Escondido, CA is where I discovered so much great music when I lived in San Diego — it was worth the drive to go record shopping on the beach for the atmosphere alone, bu the selection was second to none. The staff was the best. They introduced me to Yob and Mammatus and many others I never would’ve discovered otherwise. If a clerk told me to buy something, I’d obey, and they were always right. Recently a friend took me to Long In The Tooth in Philadelphia, and that place seemed entirely curated to my tastes. Here in DC I really like Som Records, and there’s a fantastic new-ish local record store in Fairfax, VA called Mobius that’s going to get frequent visits.

Probably the one I grew up going to, where I bought a lot of my first records, Plan 9 in Charlottesville, VA. I’m not sure they exist anymore.

Amoeba Music in Hollywood is pretty fucking mindblowing, for sheer enormity and selection that is both broad and deep. Smash Records in DC and Crooked Beat, formerly in DC and now in Alexandria, VA for being where my collection got started, and both are the places to get schooled in old DC hardcore, post-punk, and underground rock of all sonic palettes. Plus, there’s a chance you’ll run into DC punk legends themselves. And Bill Daly of Crooked Beat just seems to know awesome stuff about anything you buy.

If I had to pick a favorite song it’s probably “Boris” by the Melvins. Favorite album is maybe Permanent Waves by Rush. It changes so frequently. There’s a good chance a Rush album will be my favorite album of all time at any given moment, they’re my favorite band. “Boris” by the Melvins completely eviscerated my notions of what rock could be when I first heard it. It’s so totally odd and so devastatingly heavy – hearing it always takes me back to that moment of wonder and inspiration. If I had to pick a favorite song, “Bori”s is as good a song as any. Plus, one of the greatest bands of all time (Japan’s Boris) took their name from this song, so the track itself has an impressive legacy outside the music.

I don’t have a favorite but probably the most influential record for me was Full Collapse by Thursday. It was the first record I bought at my first live show as a teenager and I didn’t really know music like that existed at the time, both emotional and heavy. It really connected with me and I really dove into music after that.

I could go on for hours in many directions, but to keep it short I will say Panopticon by Isis because it truly shattered and rebuilt my idea of what heavy music was capable of.

Absolutely our drummer Stefanie Zaenker. She speaks German and has family in Germany so she’d be my best bet to get me out of a bad situation there. I know you’re probably looking for a hilarious humor joke here, but Stefanie is too obvious an answer here for me to not select her!

A nearby sandwich and coffee shop.