If we ever needed to field a team for a Karaoke Battle, we’d want Kiliyan Maguire to be on our side.

Kiliyan — the lead singer of the Charming Liars – can seriously sing.

Check out his cover of Elton John’s “I’m Still Standing” and listen him croon those opening lines.

Wow, that’s something else.

Their first single, “Insomnia,” has an emo-rock feel, but we hear more than that in some of their earlier EP tracks. Everything from U2 to the Goo Goo Dolls.

Our sense is the Charming Liars are playing around with different musical genres, not wanting to be pinned down and examined like your average rock n’ roll specimen.

That’s fine with us; it’s a mark of a good, young band, willing to experiment, take chances, and as, Kiliyan would say, rely on those muscle memories to kick in.

I’d say my earliest musical memory would be sitting in the back of my mom’s beat up red Toyota Corolla and hearing Collective Souls’ “December” for the first time. It must have been the mid or late nineties because I was probably around four or five. There was something about his voice that just stood out above all the other music I had heard up until that moment.

When I was a kid the band I was in at the time decided to cover “Bullet With Butterfly Wings” by Smashing Pumpkins and mid song I completely forgot the melody and words. It’s one of those songs I’ve heard and hummed a million times, yet when it came to sing it my nerves got the best of me and my mind went blank. The thing I’ve found with performing is that you have to just let your mind shut off and let your muscle memory take over. When you start thinking about what the next word is you are almost guaranteed to fumble!

3. What do you dislike about touring?

There is the record shop across the street from my old college on Hollywood Boulevard called “As the Record Turns.” The owner Kevin has been in the record business his whole life, and when I say record business I don’t mean it in the sense that he worked at Capitol or Universal or anything like that; I mean he started working at the original vinyl pressing plants and then went on to own his own store. The store itself is hidden in the very back of a small strip mall, but when you find it you know you’ve struck gold. The place is made up of two little rooms, but it’s lined back to front with the finest collection of rare vinyl I’ve ever seen. I’ve spent my rent there many times.

I’d have to say it’s a tie between Jackson Browne’s Late for the Sky and Third Eye Blind’s debut album. Both of those records are in my opinion the most well-thought-out marriage between words and music.

Probably my friend RJ, because more than likely he had something to do with it. 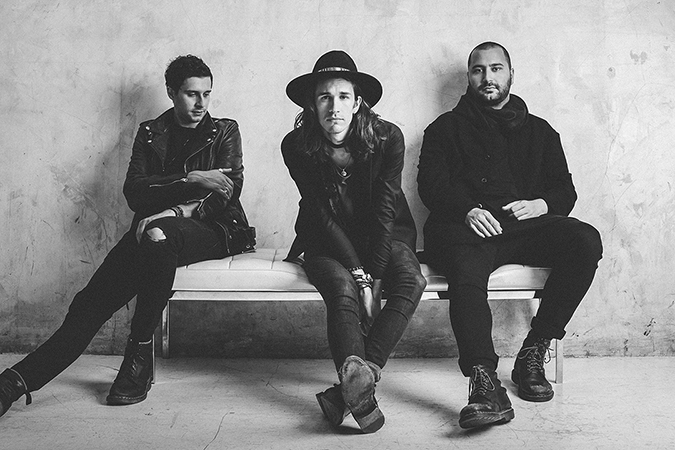