After listening to the Fleeting Ends‘ new album I Know You Lie Cos So Do I – we couldn’t help but think of a bowl of breakfast cereal.

The Fleeting Ends play stripped down, funky tunes that evoke the snap of McCartney, the crackle of Stefani, and the pop of Timberlake.

This week you can enjoy a heaping helping of cool, crisp joy from this Philadelphia-based band.

Until then, here’s a taste of what’s to come.

Hearing John Lennon croon “come on, come on” in “Please Please Me.”  Also, the Backstreet Boys were pretty hot there for a while. Can’t forget them.

I attempted to sit in as vocalist for a Rolling Stones tribute band and thought “Under My Thumb” was “Gimme Shelter” and some people didn’t like that. And they continued to boo me until I felt appropriately ashamed, haha.

One of my all-time favorite things to do is leave a place and there’s a lot of leaving involved with touring. But the best feeling is going to a foreign state and having fans there that you can hang with after the show. I dislike the lack of sleep. Taking five-hour driving shifts with one other person to Austin for South by Southwest. But it’s always worth it, ya see?

I like Main Street Music in Philadelphia. They bought a few copies of our second album to sell and it certainly increased morale. 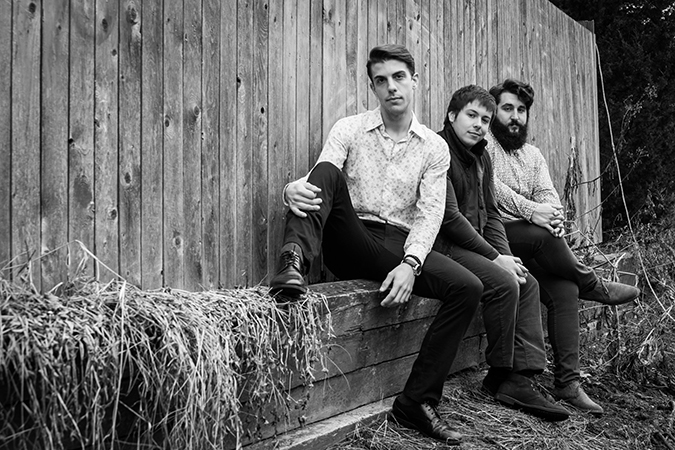 I think that Rumours by Fleetwood Mac is one of the only perfect albums along with Pet Sounds, Abbey Road, Illmatic, and the first Cars record.

Images Courtesy of The Fleeting Ends and Noisy Ghost PR