A lot of teenage singers have a great talent — but not many can match the folksy, mature voice of 17-year-old Nina Lee.

Nina’s five-track EP called Snapshots was just released — and it’s a solid effort. Imagine listening to a young Adele and you get the picture.

Below we talk to the New York City teen about life, music and, believe it or not, December 1963.

My earliest music memory would have to be performing in front of my family. I was the first grandchild, so all eyes were always focused on me. I would be introduced as “Nina Rachel Lee, from New York City,” and if I was not introduced correctly I would refuse to come and perform. Before I was able to talk and articulate myself, I would hum to my dad picking at the guitar. That was when I was happiest and when I was the most in touch with myself.

A really embarrassing musical moment would have to have been when I used to do theater as a kid. I was in a lot of productions when I lived in Connecticut, and at about 13 I was in The Wiz. I was playing the Wiz and my grand opening was to pop out of a jack in the box. I was rolled out onto the stage, and couldn’t hear anything, and was told to pop out but couldn’t. The box had been locked from the outside so I couldn’t open it without the latch being opened before going on stage which someone forgot to do. I was banging on the box for a few seconds before one of my friends realized I couldn’t get out and helped me.

3. What is your favorite record store, anywhere in the world?

I love records, but in today’s day and age digital technology has really taken over. I have my own record player with a few records that I like, but most of my records I have gotten from my dad who has saved them from his teen days. His aunt used to give him her records, so I have a large number of records from the 50s and 60s that I like to play. Whenever I see a record store I like to go in and browse, but the classics are my favorite.

4. Other than your own music, what is your favorite song or album of all-time? Why?

I would probably have to say Billy Joel’s songs. All through my life I have grown up listening to him tell stories in his songs. It inspired me to take life events and create songs. A great song of his that I think really tells a great story is “Scenes from an Italian Restaurant.” I like it so much because it is not only from his perspective, but the perspective of a teenager feeling like the popular kids have it all. My favorite stanza is, “Brenda and Eddie were the popular steadys, and the king and the queen of the prom. Riding around with the car top down and the radio on. Nobody looked any finer or was more of a hit at the parkway diner, we never knew we could want more than that out of life.” This line really speaks to me because it shows the naivety of a teenager, but looking back how unimportant it was.

5. Which tune is the best dance song ever? And why?

a. “Dancing With Myself” by Billy Idol;

c. “I Wanna Dance with Somebody” by Whitney Houston; or

d. None of the Above.

My favorite dance song is “December 1963.” It is the song my grandfather taught me to dance to, the best song to jam out with in the car, the best song to make you feel better, and the best song to brighten up your day. When I close my eyes and think of this song, I see my pop belting out every note as the years went on. I keep looking at him and as the years went by and he got the same brand of car in a different color and higher model, that song was always playing in the background. It makes me feel like I am still a kid and I have those moments in the car with my grandpa.

6. You have a helluva sound for a teenager. Where did you get that voice? Is it in the genes? Was a coach involved? A little bit of both, perhaps?

I’m not one to say this often, but I really don’t know the answer. I think I always had a talent and a need to perform. My parents, my dad especially, who is a musician as well, really encouraged me to pursue music. I think that everyone around me saw that I lit up when I performed, and it was my special power. Every singer and performer are not exactly the same, and I felt I had something I could always rely on and have in my life. I have been taking singing lessons since the age of six but I don’t think it made me the singer I am. I definitely learned techniques, and ways to sustain a healthy life style and condition my voice, but I really think that I was just encouraged to do what I loved which allowed me to not hold anything back. 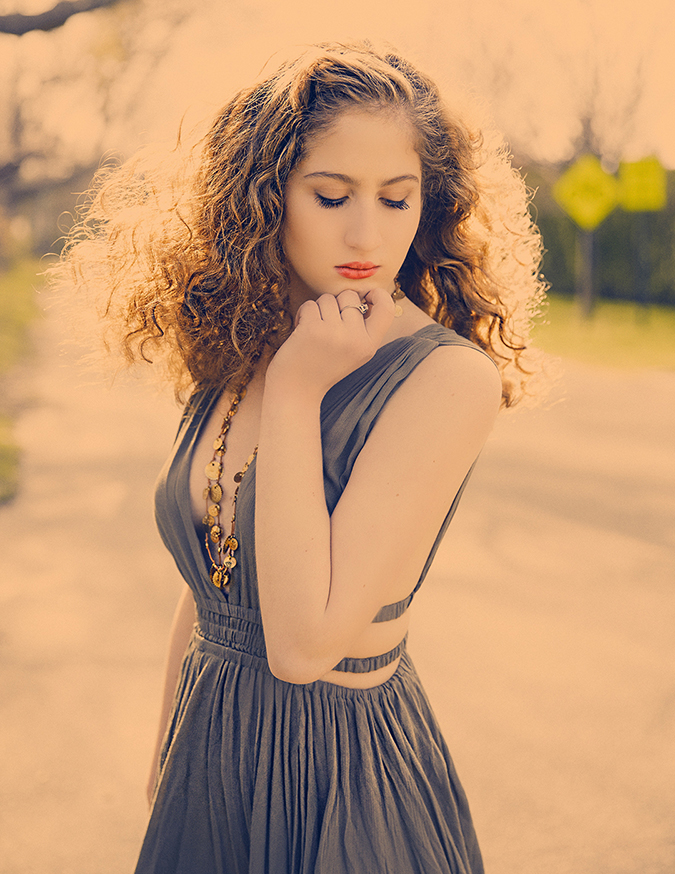