My teenage daughter and I had last seen Hadestown in early 2020 before Broadway (and the rest of the world) shut down, and we’ve missed live theater.  She’d wanted to get tickets for Six when it opened.  That particular show had the misfortune to have scheduled its opening night on March 12, 2020–and then former New York State Governor Andrew Cuomo banned large gatherings mere hours before curtain.

Fast forward a bit; this year for my daughter’s birthday, I bought us tickets to the long-awaited Six. They asked that the theater guests stagger arrival times, and so we cooperated with the instructions and showed up a half-hour early.  Our vaccine cards were checked against our IDs, and our tickets were scanned; the process was smooth and efficient.  The audience was compliant and fully masked.  The performers, fortunately, were not, and nor were the musicians (“Ladies in Waiting”) who shared the stage.

If you’re unfamiliar with Six, a quick primer: the six here are six Queens of England, all wives of Henry VIII, depicted as pop stars in a reality TV-type competition. They’re all vying for the prize  of becoming the lead singer, by virtue of having the worst time of it in their marriage. Yes, it is absolutely silly.  (Quite ridiculous, in fact.)  If you can get past this set-up, however, it’s extremely entertaining. Both the audience and the performers seemed very much to be having a terrific time. I  certainly was just so glad to be back in a theater, and in the presence of such a talented cast.

And talented, they really are.  Catherine of Aragon is played by Adrianna Hicks, defiant (channeling Beyonce here).  Anne Boleyn (played by Andrea Macasaet)  is Avril Lavigne-like, pure cheeky pop (with excellent comedic timing).  Jane Seymour isn’t quite as interesting a historic figure, but Abby Mueller has a powerful voice, belting out “Heart of Stone,” an Adele-inspired ballad about steadfastness. Anna of Cleves, played by Brittney Mack, does a good Nicki Minaj, humble-bragging about her lavish lifestyle.  Samantha Pauly as Katherine Howard takes things in a sadder direction, Britney Spears-like, depicting the trauma suffered by the sexualization of a young girl.  And Anna Uzele, as Catherine Parr, drawing inspiration from Alicia Keys, questions the assumptions behind the competition and how they’re all defined in relationship to Henry VIII, eventually convincing the other Queens to stop their feuding and rewrite their histories (or her-stories), cooperatively.

It’s a very fun show, although there’s not much in the way of an actual history lesson here.  (It’s not Hamilton!) The audience doesn’t really learn a whole lot about the actual historical personages or their accomplishments.  What we get instead is a joyful and enthusiastic 80-minute concert, pop feminism, cultural references delivered with a wink and a smile, and a dance party to finish it off.  If this sounds utterly terrible to you, you are not the target audience for this show.  But if a giddy, gloriously flamboyant celebration of female talent on a big stage appeals–do check this one out. You’ll leave the theater smiling.  And these days, that’s what many of us need.

The first new musical to open on Broadway since the beginning of the pandemic, Six can be seen at the Brooks Atkinson Theatre.  Some information on seating at the performance can be found here. 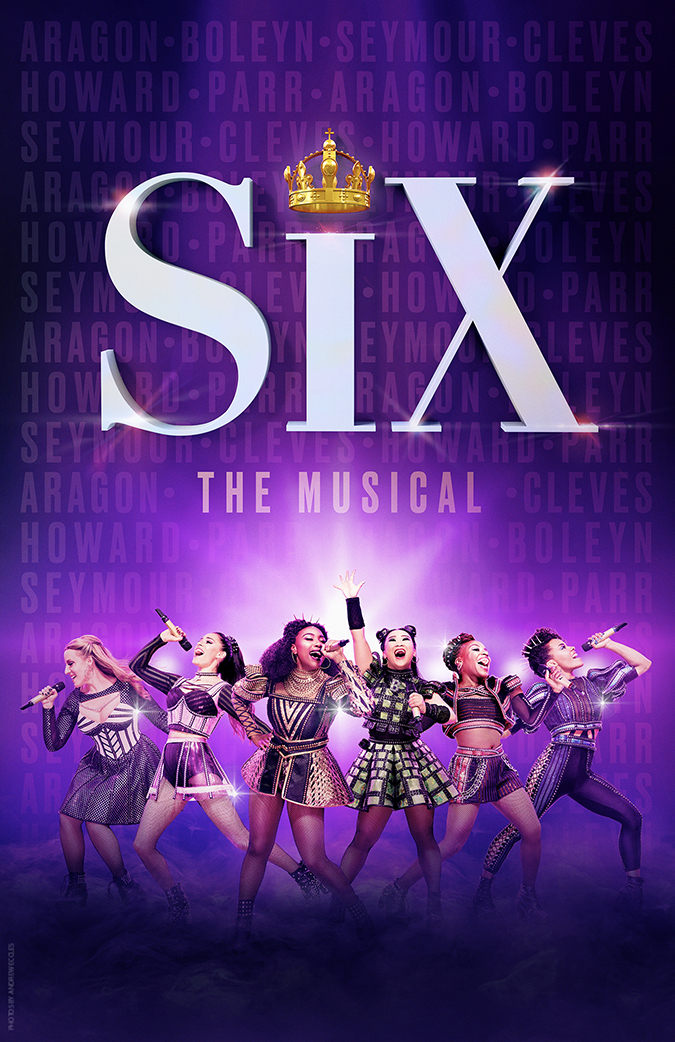 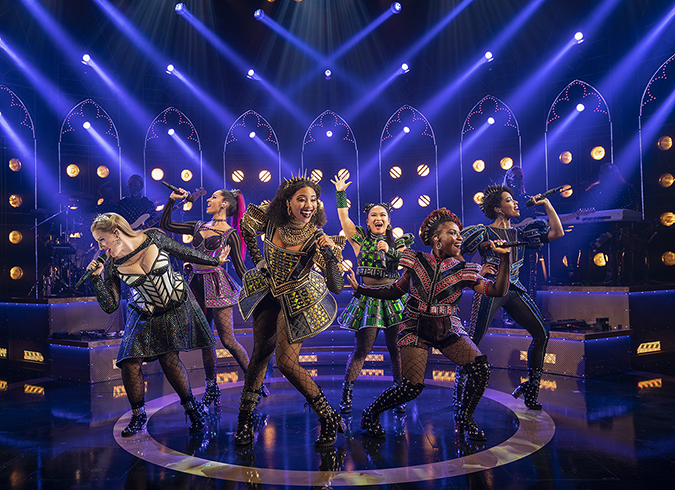