I don’t even know how to begin here, people. I can’t fully prepare you. Durham, NC (USA)’s Shirlette Ammons throws a lot at the listener with Language Barrier (out February 5th), and chances are you won’t be ready for it. Believe me, though, this is a good thing. Rock, pop, hip hop, soul. Once the fog lifts, you start to realize what is happening, and everything clicks into place.

Oh, the songs! They are good, like really, really good. There are ten total tracks to the album, but there are “segue” versions and “regular” versions of four songs, along with two stand-alone tracks.

The “segue” and “regular” versions are wildly different, but the cool trick Shirlette plays on you is utilizing chunks of sounds and lyrics in both–even the tiniest bits of soundscape, enough to mess with your ears.

Shirlette globetrots from the American indie rock and hip hop trenches to the Caribbean, and on to Germany and back again over these ten tracks. This is no small feat. 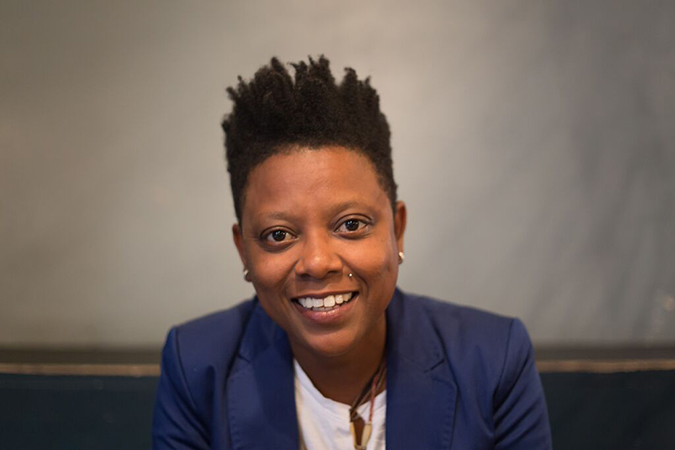 “Some say that life is a bitch. I think that bitch is a diva.”

So begins “Earth Segue.” It is built on a broken siren that is reminiscent of a violin being sawed in half. It is ominous, and it highlights what is missing. This is not to be misinterpreted. “Earth Segue” stands on its own as a strong opening track, but when you hear the next one you get it.

This is fully-committed, hard-hitting, weapons-grade rock and roll. This is “Earth Intro,” and it features folk-rock duo Indigo Girls. If you listen carefully, you can hear that siren from “Segue,” but it is much more recognizable as a violin run that morphs into guitar. The lyrical flow is insistent, confident, and ready to rumble.

Shirlette recently premiered the lilting, hopeful, Caribbean-inspired “Dear Nora” with AFROPUNK. Musician Meshell Ndegeocello is featured here, and it is a welcome change of pace from the opening two “Earth” tracks.

Culture Collide recently featured “Language Barrier Segue.” Basically, it is Germany in 2.5 minutes. It sounds like it, it feels like it. Most of the lyrics are in German by Berlin rapper Sookee, but heat is turned up when Shirlette answers with her own rhymes in English.

“Nothing is ever that simple, except for my word and my pencil.” 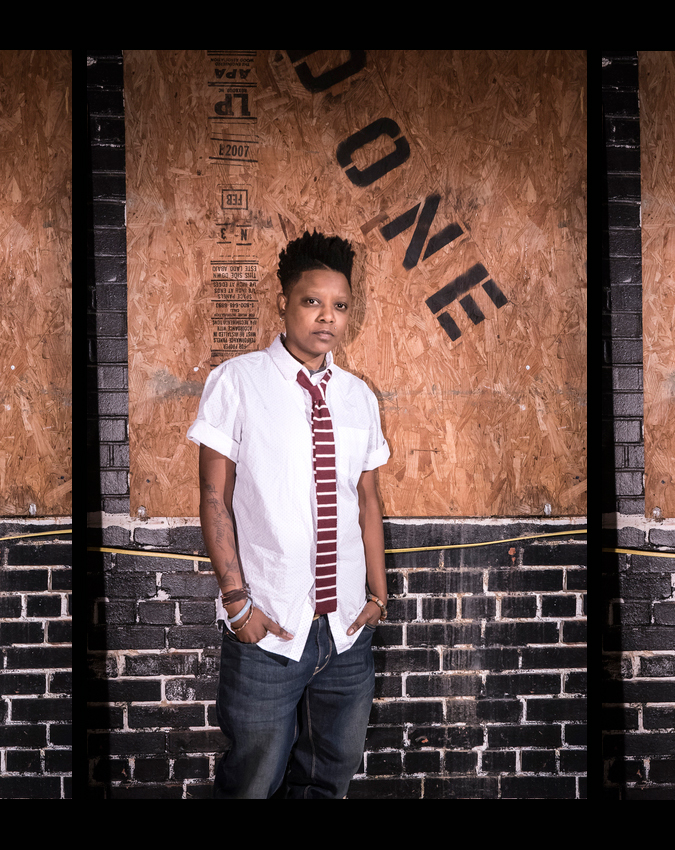 From “Segue” we go to the full version of “Language Barrier.” It starts with punky drumming, and that siren/violin that we have heard before. Ska guitars come in before it smooths out in a rock steady groove. This song is a party. Your invitation is in the mail.

“Aviator Segue” is an ethereal song with detached rapping, with a strange little breakdown that reminds me of Pink Floyd.

The full version of “Aviator” barely resembles “Segue.” It has some vocalizing that bounces around, synths popping off like synapses, but then there is that dramatic Pink Floyd breakdown, reminding the listener from where this track came.

“On The Road Segue” opens with that chant, and the song oozes into a deep, deep skronk that immediately reminds me of Martina Topley-Bird. There is a menace in this track, a monster that you welcome like an old friend….

…. Which makes “On The Road” so very surprising. It is the most outwardly pop number on the album,; with propulsive keys layered over sunny acoustic guitars. A bit of the skronk from “Segue” is mimicked by the lighter strings present on the full version. Just enough to tie them together, but these are radically different interpretations, musically.

Language Barrier finishes off back at the beach (you can hear the surf if you listen carefully) with “Travel Light.” It is a title, and it is good advice as you bounce around this album and the world of music with the artist.

Language Barrier will be available February 5th via Amazon, iTunes, Google Play, and, one can hope, better record stores everywhere. It is being released by Churchkey Records in cooperation with SugarQube, the label Shirlette started with her twin sister, Shorlette.

Bonus: Here is Shirlette & Sookee at work with some friends:

Post Script: As with many other music fans, lately I am spending a fair amount of time thinking of David Bowie. My thoughts are probably not necessary at this point, but damn, the thought of a Bowie-less world sounds pretty dull.

Good thing there are people who carry his torch. Now, I can’t guarantee that Shirlette Ammons is a Bowie fan, but Language Barrier is a slippery musical shapeshifter that, I think, owes at least a passing nod to Mr. Bowie.

Maybe not. Either way, we press on.