I was all set to meet up with Lawrence Schwartzwald and have a bite to eat with him at the Bryant Park Grill, when I get his call… he’s in Bryant Park, but we can’t sit down and chat just yet.

As luck would have it, Heidi Klum was also in the park (there to be filmed doing some sort of public service announcement involving breast cancer) and when you are a freelance photographer and you stumble upon a celebrity, you can’t just let that opportunity go. So, we were delayed a little bit. He took some photos in the hopes he could sell them.

I found a shady spot by the fountain and chatted with various tourists who were trying to beat the heat of August in NYC. All in a day’s work. By the time we got inside to the cool dining room, I was more than ready for a cold beer, gazpacho, and oysters on the half shell, and he had a lobster roll and sorbet.

Lawrence has lately been taking many images featuring poets, and also photographs of people reading. I’ve been drawn to his work, especially his reading series, because, besides being interesting and arresting images, his work reminds me that reading is a private pleasure. It’s an escape, a shield against the troubles of the world, a place you can go to when you haven’t any place else.

As Umberto Eco put it in The Name of the Rose, “We live for books. A sweet mission in this world dominated by disorder and decay.” So here you have it, some visual depictions of that sweet mission. Readers and writers. Enjoy. 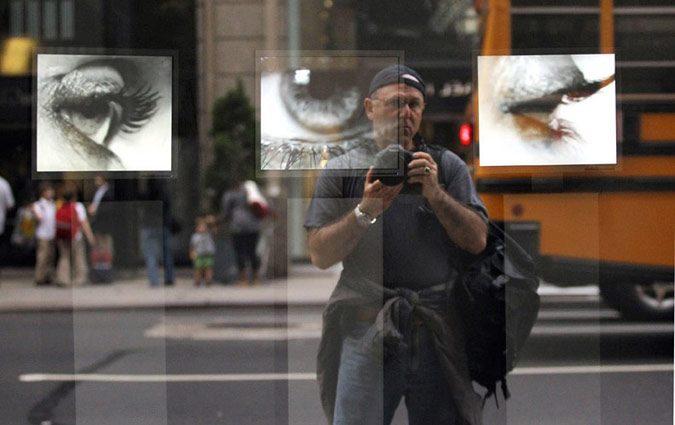 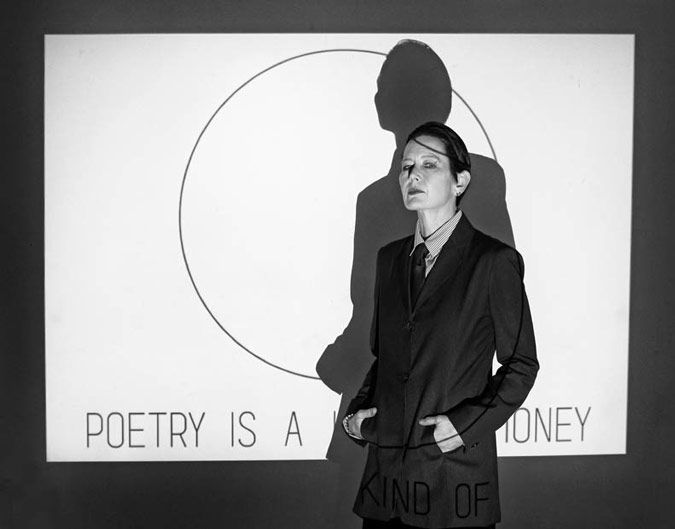 The one I’ve liked the best in recent years has been Argo, the Ben Affleck movie, based on a true story, about rescuing people from the Iranian embassy disguised as a film crew. I also liked American Hustle, which was a really well done film, although it was rather divergent from the facts. 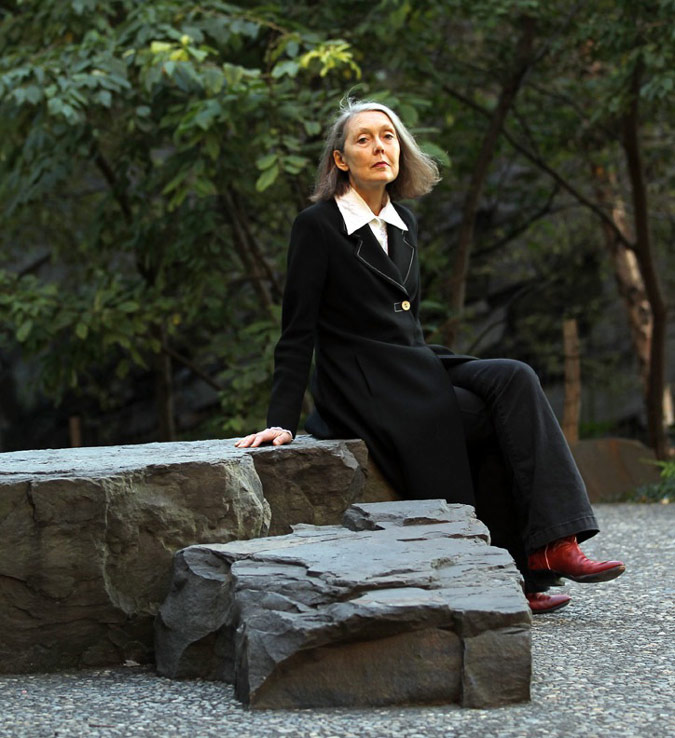 Dropping out of college. More than once. There’s been some stumbling along the way. 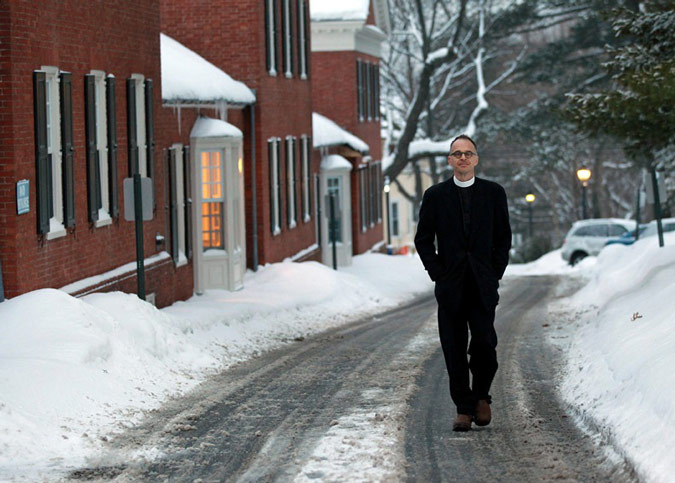 Marry the girl I was in love with when I was 18. She was older and engaged to someone else at the time. 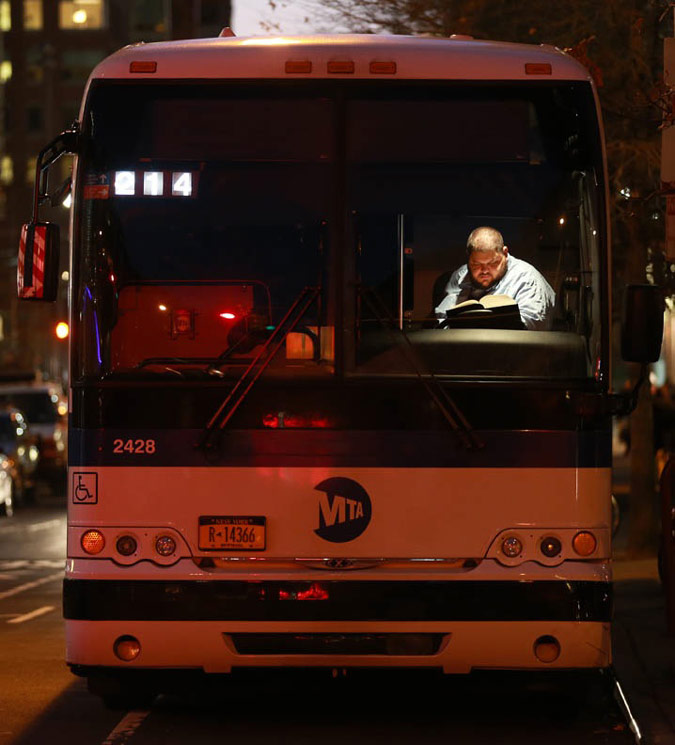 I’m not a joke teller, although I like humor. I’m rather upset about the loss of Robin Williams. I knew him, and must have photographed him 30 or so times. We used to talk about books and photography. 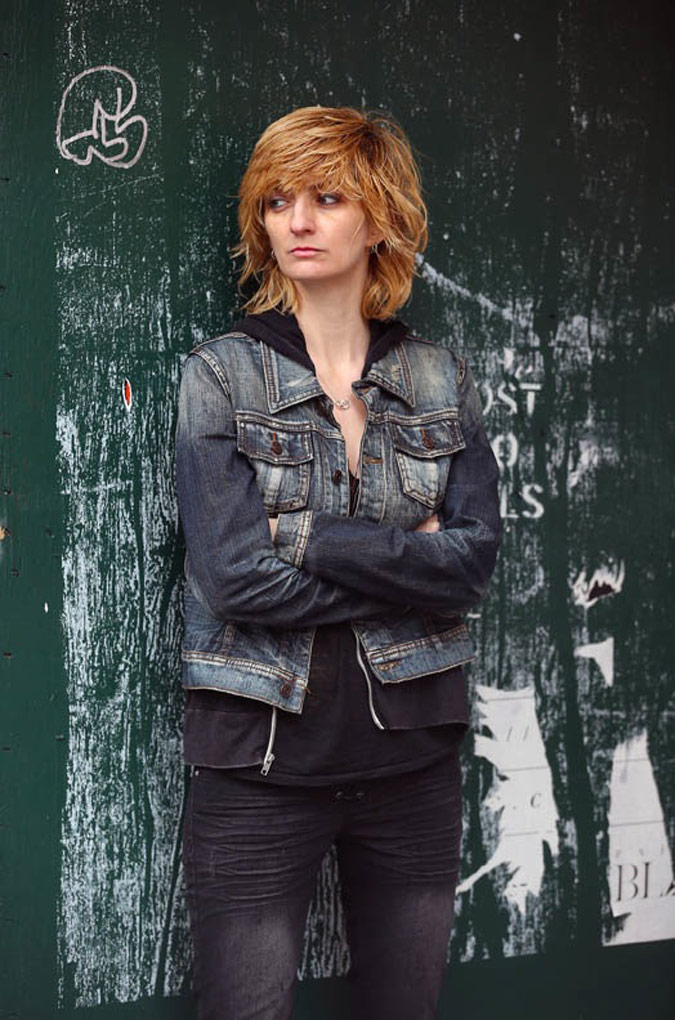 If there’s something people don’t know about me, there’s a reason for that. But here’s an answer: I’m more complex than people take me for. 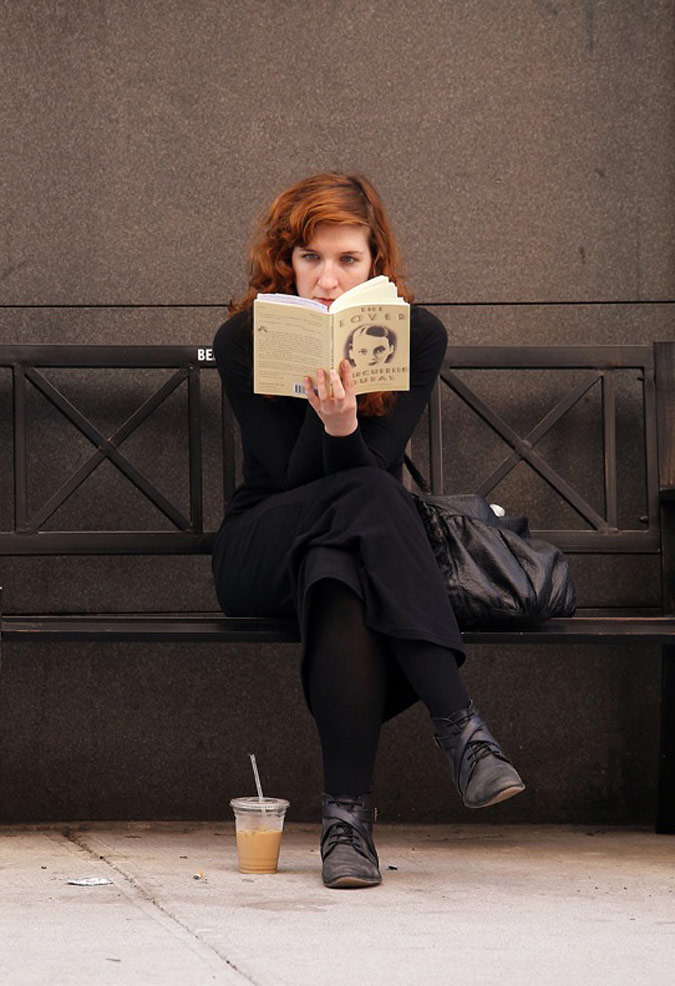 Image of Woman at 12th and Broadway courtesy of Lawrence Schwartzwald/Splashnews/Corbis.

Professionally: take pictures of accidents, the weather, and celebrities, and submit them to the newspapers. 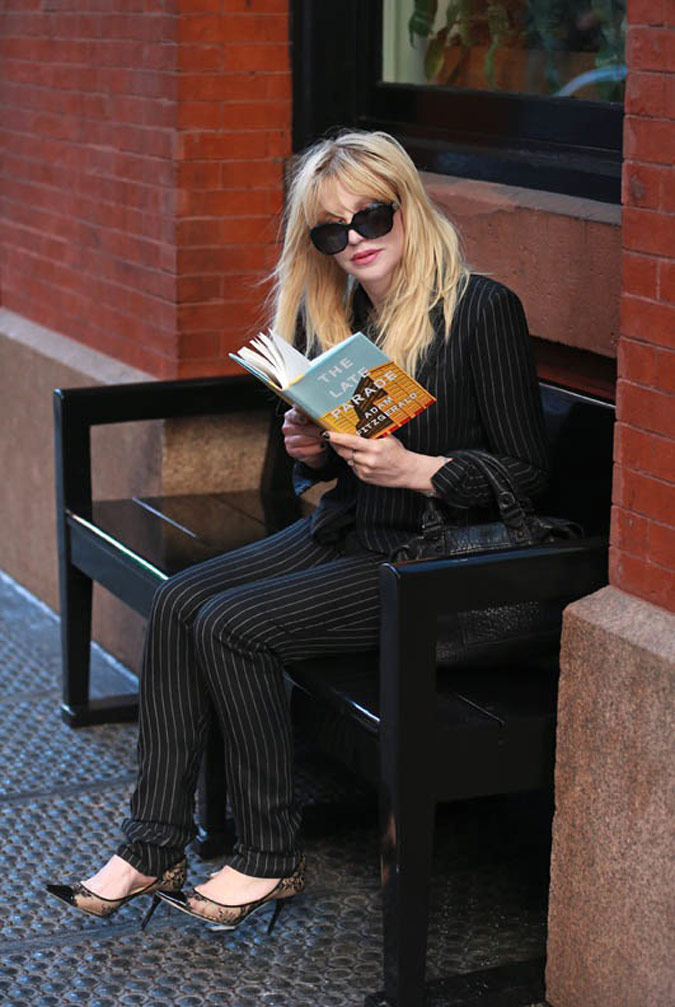 Besides Robin Williams, I really liked John F. Kennedy, Jr., who I knew just a little bit. He was intelligent and a kind human being. 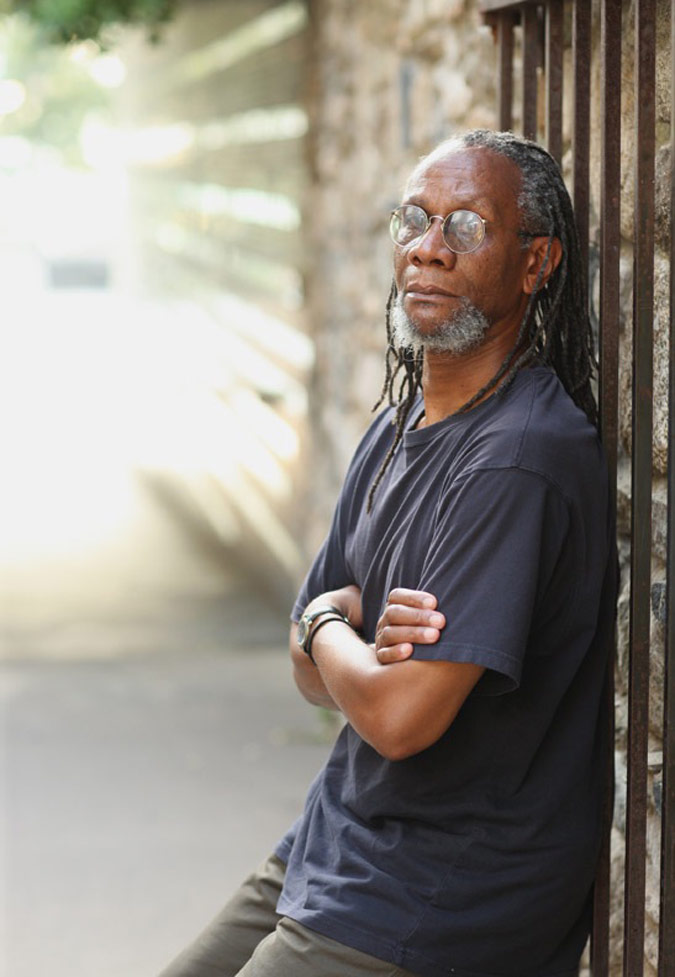 Doing interviews. I’m really very introverted, and I am always thinking days, weeks, and months ahead. 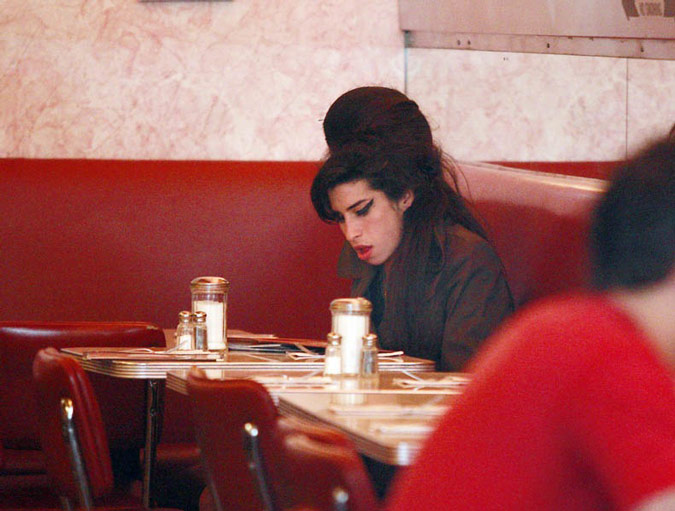 10. What’s a book everyone should read? What photographers should everyone check out?

The Photobook: A History by Martin Parr, a British photographer (co-authored with Gerry Badger). After doing photography for twenty years, I’m learning about the history of photography.

I’m also reading a book of essays about Cindy Sherman called October Files 6, edited by Johanna Burton. I don’t love Cindy Sherman’s work aesthetically but it is fascinating to absorb the criticism of her work. Her still images are like poetry; they have great depth.

I also am really impressed with Vivian Maier. She was a brilliant street photographer, who worked as a nanny. She was unknown until someone named John Maloof purchased a bunch of her negatives, and now she’s well known, and there was a movie about her recently. But I still think she’s under appreciated as an artist. 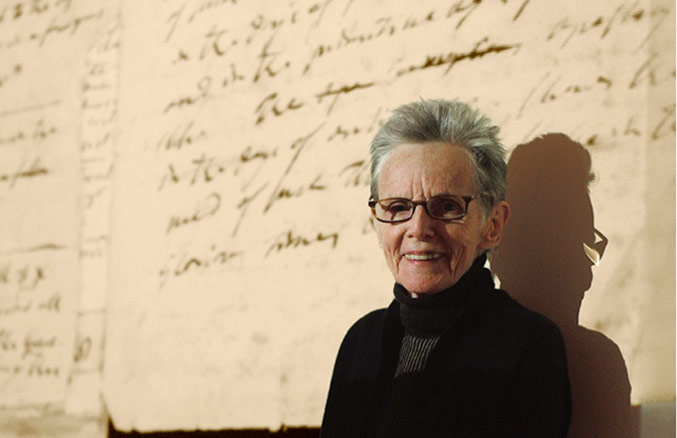 I’m more interested in the images than in talking about my life’s story. But some of my work (a portfolio of about twenty of my images of poets) is going to be featured in Poetry Magazine in an upcoming edition, probably in January. 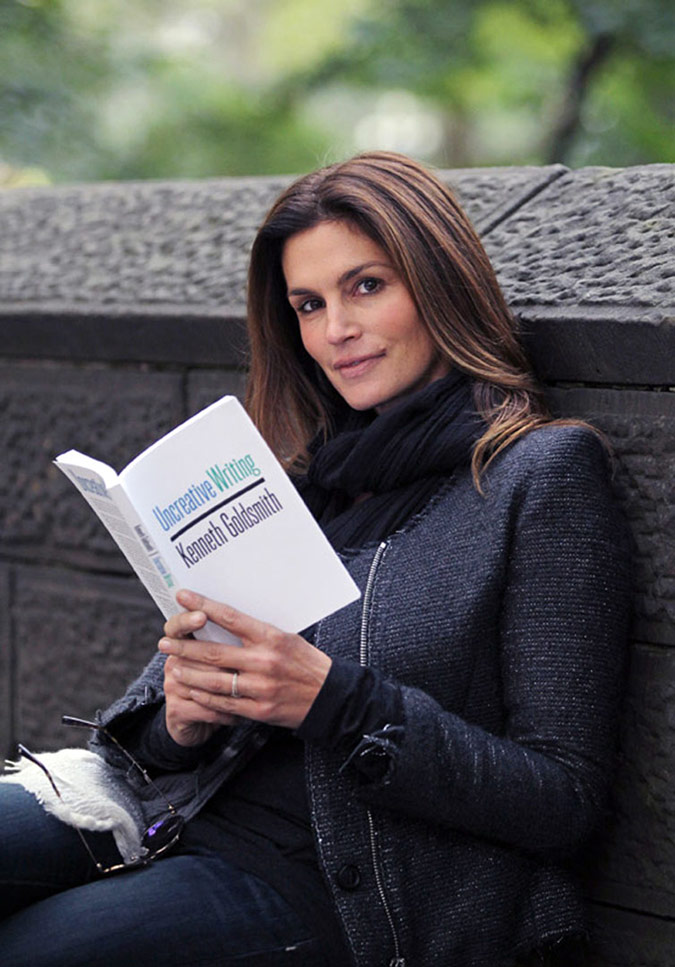