Dance’s loss is our gain, as Louis is creating excellent soul-baring tunes.

His music is folksy, anchored by big guitar or banjo strums and colored by saxophone, trumpet, piano, and violin bursts.

As for Louis’ voice, it’s natural, distinct, and welcoming.

We’ve listened to Louis’ upcoming album, Songs for a Pseudonym, several times – and it was time well-spent. 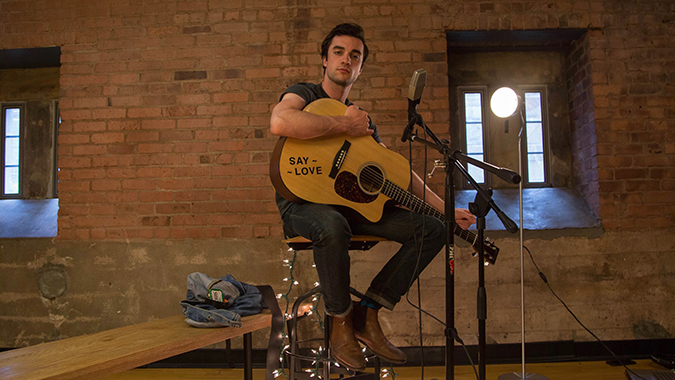 My earliest musical memories are of my dad playing guitar. I used to have a little guitar of my own that I’d carry around the house—it’s actually in the album photo for the single I’ve got out, titled “Stolen Nights.” He played a lot of the first halves of songs, so I know a lot of opening lines to songs by R.E.M, Vic Chestnutt, and his college friends. I can also remember my grandma singing typical Southern and children’s songs, like You Are My Sunshine and Workin’ on the Railroad.

An early gig I played, probably freshman year of college, was at a cool little bar in New Haven called Stella Blues. In the first verse of a new song I was trying out, a string on my guitar slipped and fell way out of tune. It took me too long to realize what was happening and I tried for a minute or so to keep playing, hitting a bunch of bad notes. I finally just petered out and stopped, didn’t comment on it, and re-tuned. Basically, I was really awkward about it and put the audience on edge, I think. Today, I’d stop right away and make a joke, but I didn’t have as much stage confidence back then. Oh, and another time I was standing still between songs and somehow just fell over sideways. Go figure.

I’d love to have a better answer to that, but being in college keeps me and the band mostly in one place, or at least here in the Northeast. I’m looking forward to touring with the band later this year. Back when I was a ballet dancer, though, I was on the move all the time. I think it can suck the excitement out of travel and new places, and start to feel a bit routine or just stressful. But right now I’d be happy for the problems that touring brings if it meant getting to connect with a new audience each night!

I have to shout out to Papa Jazz in Columbia, South Carolina! They used to let me come in as a middle-schooler and spend no money, hanging for an hour with friends pawing through their collection. I’ve got a lot of love for them and everyone who makes Five Points a welcoming part of town. I remember the great tangibility of records impacting me then, as I grew up with the iPod and no real sense of physical music ownership. Later, I got to parse through my parents’ record collections, which was a lot of fun.

The album I go back to more than any other, not including greatest hits CDs, is Paul Simon’s Graceland. It’s just a masterpiece, musically, lyrically, and sonically. I look up to Simon as a storyteller, first and foremost, and I think a lot of my first-person-confessional style comes from the frequency with which I listen to him and others in that genre. Graceland feels a lot more third-person, but the stories within it are great nonetheless. I also really admire his producer and engineer, Roy Halee, who is all over Simon & Garfunkel records and Simon’s solo stuff. He was responsible for pioneering a lot of recording and live sound techniques, and I look at him almost as Simon’s cowriter. He’s a brilliant and creative engineer, and I’ll sometimes listen through his work with a pair of open-back headphones, focusing only on the sonic elements of the songs.

But there are other albums I return to often—Jeff Buckley’s Grace, Jump Little Children’s Magazine, The Avett Brothers’ Emotionalism, and Gregory Alan Isakov’s That Sea, the Gambler. All have very cohesive sonic worlds, which helps me listen to the full album in order at once. Oh, and I discovered D’Angelo last summer so there’s been a lot of Black Messiah this year.

Eddie Joe. He’s one of my best friends and incidentally plays trumpet with my band. He’s basically just always got his sh*t together, so when he stops and gives me a piece of advice, I know I need to listen. He’d probably spend the first few minutes of the call roasting me for getting myself into that situation, but I could count on him to be on the next flight to Germany, ready to either charm or fight our way out. 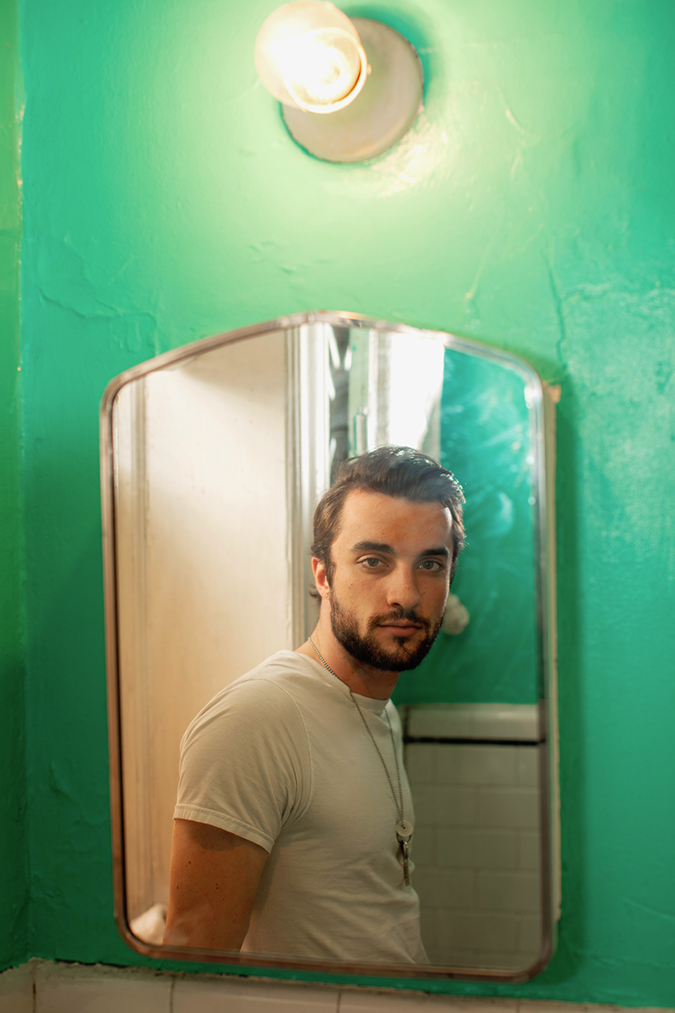