The ninth year of Minneapolis/St. Paul’s Soundset hip hop festival at the Minnesota State Fairgrounds was arguably the biggest. Strolling around the grounds with NewsWhistle’s own Gator McKlusky, we talked to a few people “in the know,” and 2016’s Soundset sold something on the order of 30,000 tickets before May 29th. An additional 5,000 tickets were set aside for day-of sales. 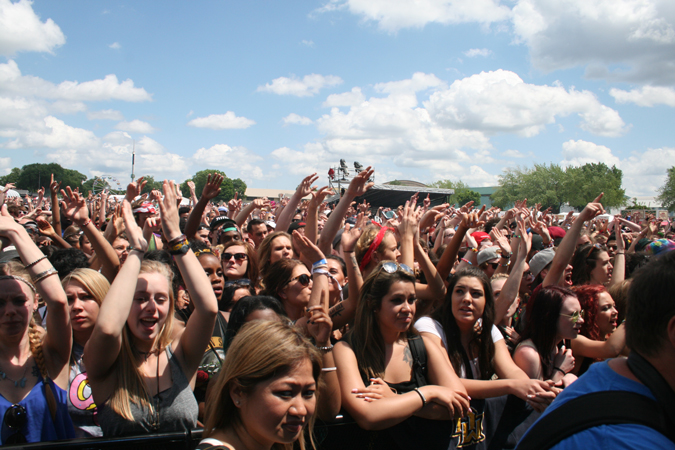 It was a lot of people.

Waiting for all those folks was a stellar line-up of talent queued up on multiple stages. There were DJs, skateboarders, and rappers as far as the eye could see, including Atmosphere, A$AP Rocky, Future, the Roots, Common, Prof, Doomtree, Machine Gun Kelly, Danny Brown, Lizzo, Anderson Paak and the Free Nationals, etc. etc.

It was a stacked deck, and there was no way anyone could have caught it all. My day started as I walked through the gate straight into the custom car show. 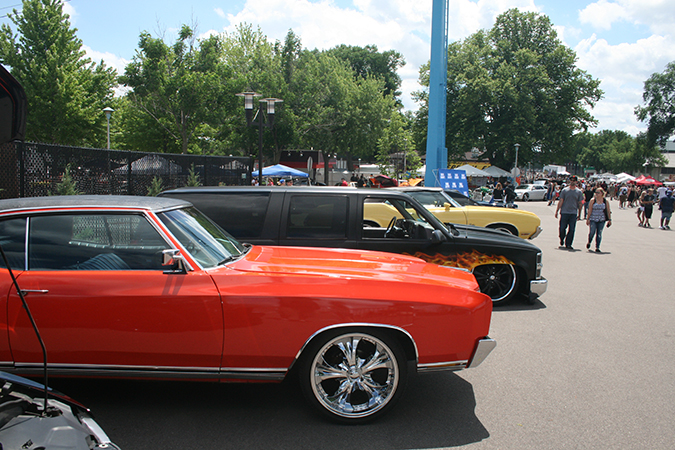 I’ve never been a “car guy,” but these beasts were artistic and bad ass. I’m considering a lift kit for my VW Passat. 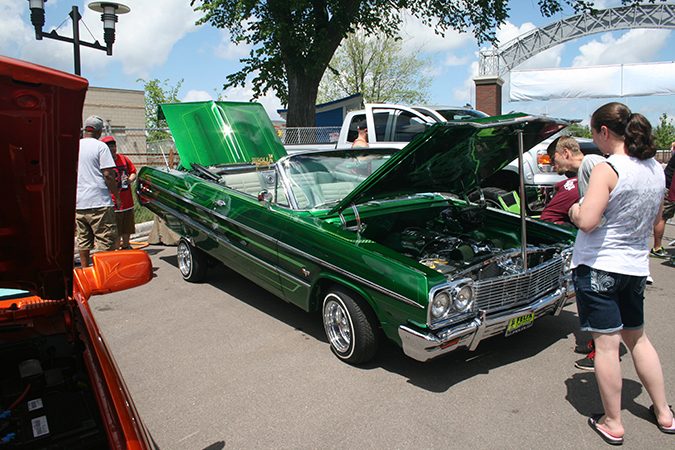 Sway Calloway, with his encyclopedic knowledge of and obvious love for hip hop culture, enthusiastically hosted both main stages, north and south. 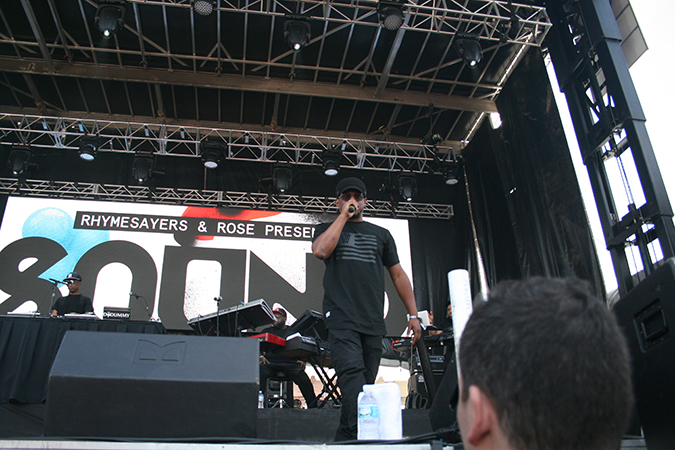 I caught a bit of Anderson Paak, and he was sort of amazing. A singing drummer, smooth as Nutella, and all over the stage. I didn’t get into full “journalist mode,” though, until Lizzo’s time came up on the north main stage. 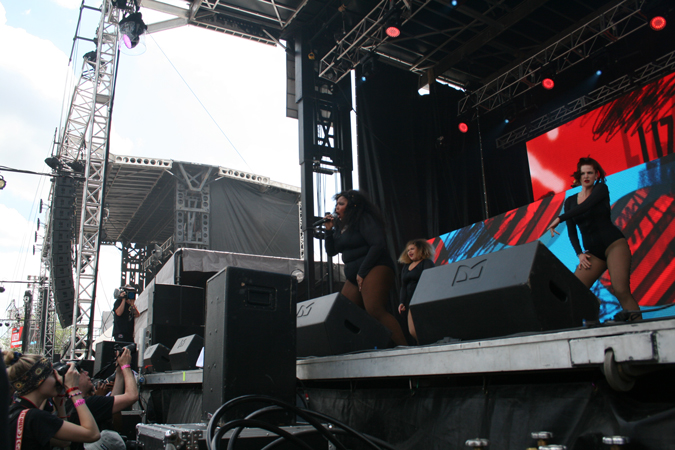 Lizzo is an amazing, body-positive singer, dancer, songwriter, and rapper from Minneapolis. She recently released the insanely-catchy track, “Good As Hell,” from the soundtrack to Barbershop: The Next Cut. She is also responsible for “Batches & Cookies”. You should love her.

Basically, Lizzo owned the stage for the ladies, as well as the enlightened men, making statements like, “I think we just set a record. Most women on stage at Soundset.”

Next up, I was lucky enough to interview POS, Paper Tiger, and Mike Mictlan from Doomtree in between sets. I also met POS’s kid. My photography skills at work… 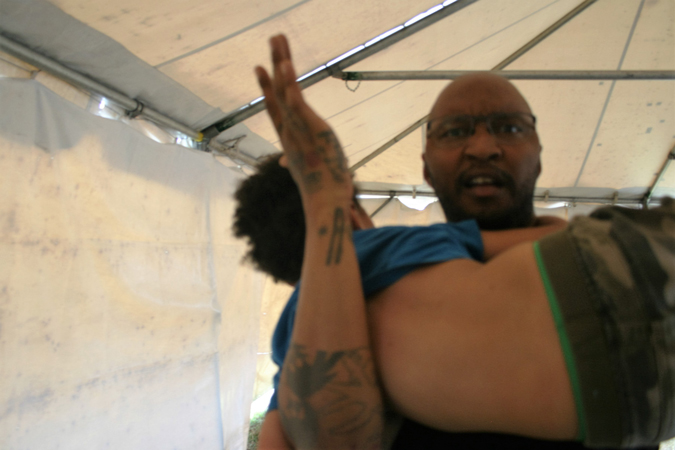 Then, there was Common, who had something to prove. Clearly. He came out of the corner throwing punches, and landing nearly all of them. Sway introduced him as a “standard bearer” in the world of hip hop, and talked about poetry, and academy awards, but Common just wanted to rap, and rap hardcore. 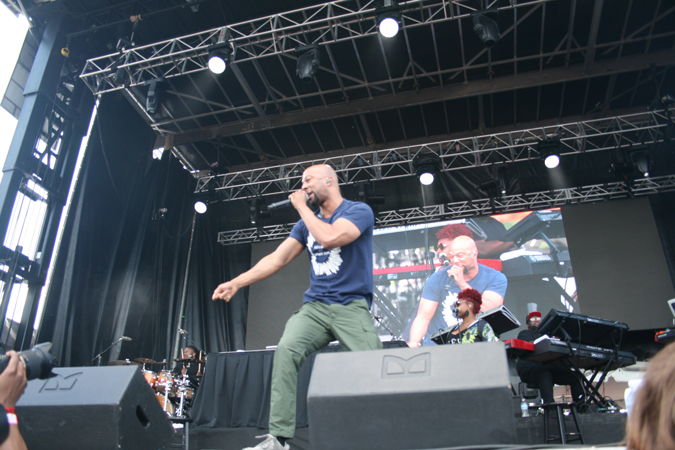 He repped his hometown of Chicago, and the Midwest in general, freestyling about Prince, Lake Minnetonka, and sprinkling in nods to his fellow Soundset performers the Roots and A$AP Rocky.

2005’s “The Corner” was on fire, but he still carved out time in his set to play the lover man to a lucky lady from the crowd.

When Sway equated the next performers, local heroes Atmosphere, with Dr. Dre, NWA, etc. I laughed a bit to myself, but in terms of staking a claim for your hometown in the world of hip hop, Rhymesayers stalwarts Atmosphere fit the bill in a small way.

Soundset sort of exists because of Atmosphere’s Slug (the rapper) and Ant (the producer). 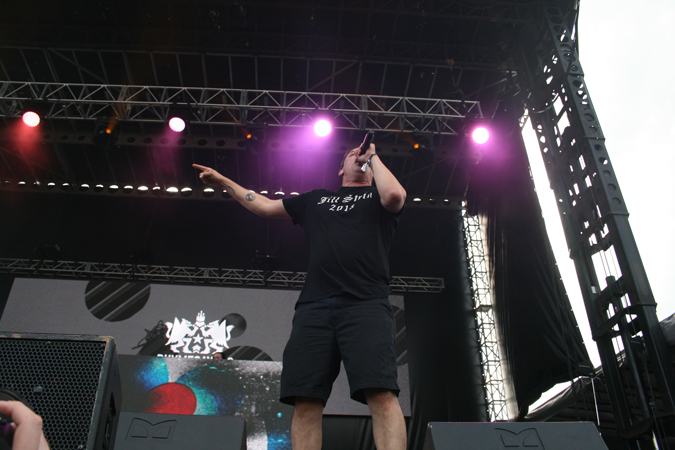 “Kanye West” is such a great Atmosphere track, and bangers like 2008’s “Shoulda Known” and 2002’s “GodLovesUgly” got the crowd jumping.

The Roots are “the gatekeepers,” according to Sway. Seeing the band in concert was a very different experience that seeing them on The Tonight Show, obviously. It was a far looser group on stage at Soundset, and that is a good thing. 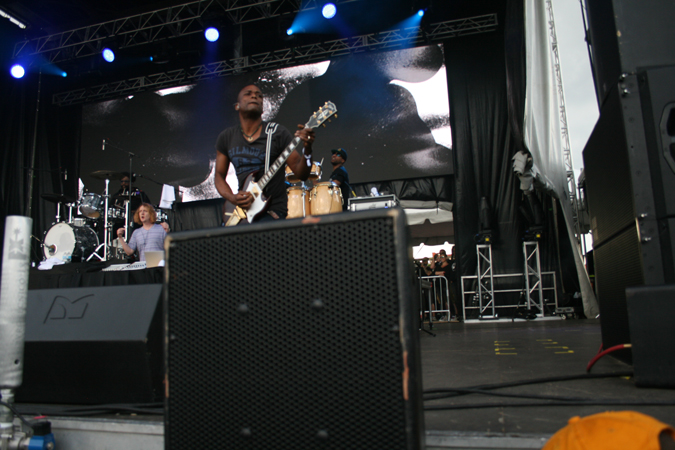 The band played like a bunch of seasoned pros, which is of course what they are. Next time I watch Fallon, this is the version of the Roots that I will picture.

Doomtree took the stage like seven dump trucks, a conquering army, the proverbial bulls in the china shop. 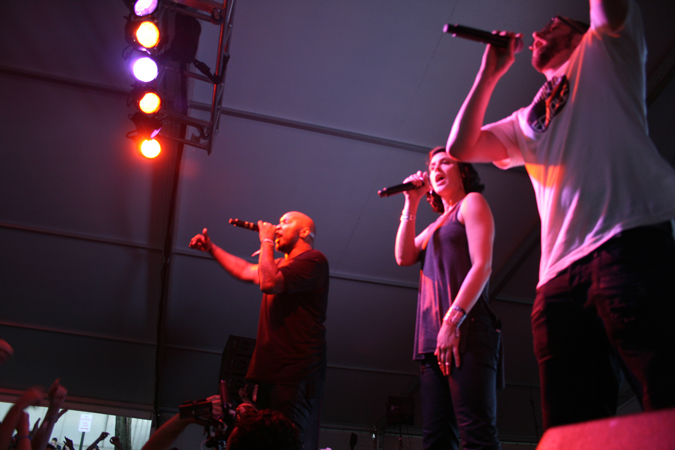 The crew opened powerfully with last year’s “Grey Duck,” No Kings’ “No Way,” and back to 2015’s “Heavy Rescue.” They took control of the large crowd at the Fifth Element tent stage, and never looked back.

The group gets it. We all got it. It was an hour-long set that served a petri dish for the many, many folks who like their rap as a collaborative effort. In that tent, on that stage something grew up and out. Apologies to Future. Your set time interfered with Doomtree. That’s just how it is.

Apologies also to A$AP Rocky. I tried. I really tried to get some photos, but the pit was being swamped by fans getting pulled over the fence by security to keep from getting crushed. The number of photographers at the main stages grew as the day progressed, and by A$AP’s set, there were tons of photographers, all with elbows flying. It was mayhem, and I was beat.

I went home with feet aching, but happy. Soundset 2016 was a resounding success. Just ask these people.

All images courtesy of Chad Werner.