From June 25-28, 2015, the waterfronts of Philadelphia and Camden will create the perfect venue for a myriad of festival attractions and of course, tall ships — affording visitors the rare chance to catch a glimpse, step aboard, and even set sail on some of the grandest ships of yore.

Draw Events‘ Craig Samborski and Abigail Mlinar are part of the team behind this fun summer festival — known as Tall Ships Philadelphia Camden 2015.

In this Q&A with Mlinar, we discover what’s behind “The Allure of Tall Ships.” 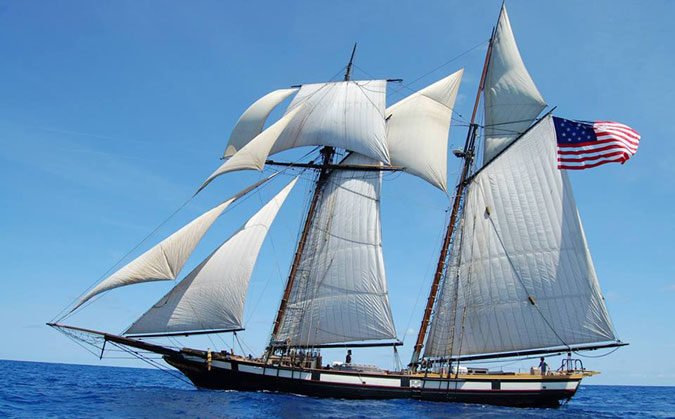 1. This may sound silly but what is a tall ship?

This is not a silly question. Most people don’t know what a “tall ship” is until you’re shown a photo. But a tall ship is simply a large sailing ship – think Pirates of the Caribbean, or Christopher Columbus’s Nina, Pinta, and Santa Maria.

2. Why are people awed or inspired by tall ships? What makes them so special?

Tall ships bring an air of history. Something unseen and inexperienced by the majority. It shows how people lived in the past, such as how our ancestors traveled.

3. How rare are tall ships? Do we know how many of them are registered around the world?

In the U.S., there are about 100 registered tall ships. But the majority of them are class C and B, smaller ships. The Class A is a rare ship.

Yes, Tall Ship festivals are quite popular all around the world. Especially in Europe. Festivals in Europe will bring in 100 ships of varying sizes. In the U.S., our tall ships Philadelphia event, which will have 14 ships, will be quite spectacular in comparison. We also will have one of the largest collections of Class A ships seen on U.S. coasts in quite some time. Our festivals, over the last few years, bring in an average of 250K visitors. This summer, after only 5 years of producing ship festivals, Draw Events will welcome its 1 millionth attendee. My first time assisting Craig Samborski with a Tall Ship festival, I was blown away by the attendance. It was shocking and surprising.

5. What ships will be at the Philadelphia/Camden event? Why were the ships selected? And why the location?

In general, Draw Events goes to locations where there are local partners that are interested in bringing ships, and a festival, to their waterfront. From the East to the West to the Great Lakes. We will be in Philadelphia and Camden on the Delaware River because we have four local partners, on either side of the river, that have come together to support this event. The ships that will be in attendance are generally chosen based on availability. We have some national ships that happened to be traveling to the U.S. this year, so we were able to coordinate their visit. We have ships from France, Spain, Portugal, Canada, and more. All ships are listed at TallShipsPhiladelphia.com. 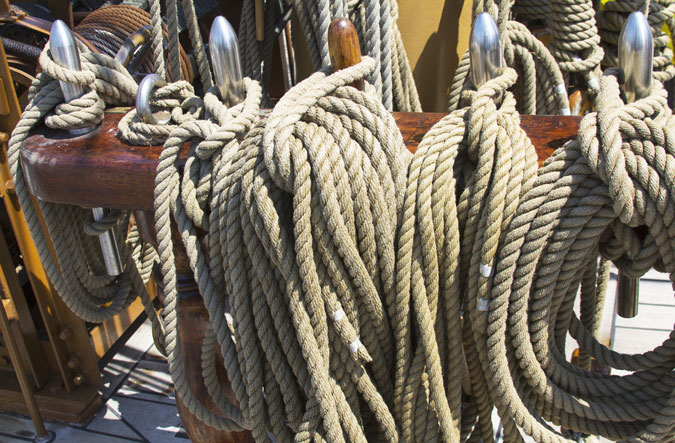 6. What can a person expect if they enter the Philadelphia/Camden event? How many people are expected to attend?

An attendee at Tall Ships Philadelphia-Camden can expect an historic spectacle. There will be roaming entertainers, stages with bands, quality food, a regional beer garden, and of course, ships to tour or sail. It will be an event not to miss – the biggest sailing event in 2015.

TallShipsPhiladelphia.com has all event information. If you want to learn more about the maritime world, Master and Commander is a great film which features many ships we bring to our festivals.

8. Can you retell a funny, inspirational or uplifting story that happened at one of your tall ship events?

At one of our Tall Ship festivals, in Los Angeles, we brought the World’s Largest Rubber Duck as an attraction. In front of the Duck, amongst thousands of selfie-taking onlookers, a man proposed to his girlfriend. It was quite the sight. 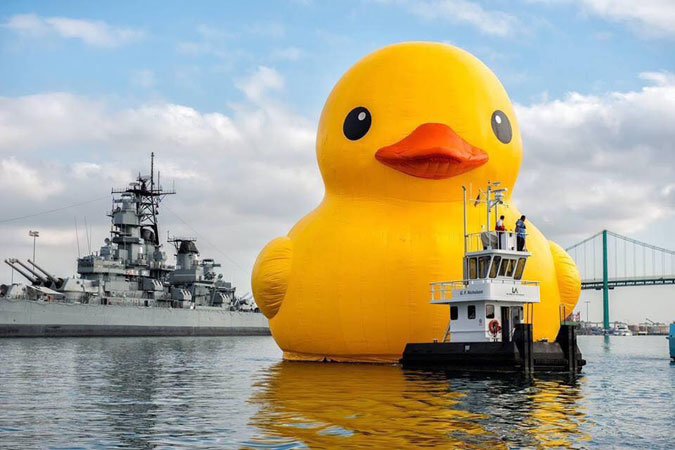