Many fans have been patiently waiting 32 years for this. The last images we saw of Luke, Leia, and Han Solo were in 1983, on the forest moon of Endor, partying it up and dancing a jig with those cuddly Ewoks….until this weekend, when “Star Wars: The Force Awakens” marks the dawn of a new era in the Star Wars Universe.

J.J. Abrams brought “Star Trek” up to speed and I’m relieved to say he does the same for “Star Wars,” successfully bridging the gap between generations. Most of all though, he makes audiences forget about George Lucas’ digital dung heaps, otherwise known as “The Phantom Menace,” “Attack of the Clones,” and “Revenge of the Sith.”

Those prequels, despite making $2.5B worldwide, nearly derailed fandom’s most passionate movie franchise and stirred up something never before thought possible: the dark side of fans far and wide.

Thankfully, Disney changed Star Wars’ destiny with “The Force Awakens” and bolstered by all the positive reviews, it will have a real shot to be only the third film, joining “Avatar” and “Titanic,” to gross $2B globally. Can that actually happen?

It just might. It just might zoom past $2.8B worldwide and become the #1 flick of all time. As an action film, “The Force Awakens” ranks among the year’s best, and the nostalgia factor will have the film, which is playing in over 4,100+ theaters, on course for a record-breaking opening.

That number? $208.8M. Universal’s “Jurassic World” attained that feat just this summer, but did so with zero competition. Not only does “The Force Awakens” have competition in the R-rated Tina Fey/Amy Poehler comedy “Sisters,” but those pesky chipmunks are also back with their fourth installment, “Alvin and the Chipmunks: Road Chip.”

You might expect Alvin’s latest adventure to be road kill, but despite what you may think about Fox’s kiddie series, the trilogy has combined for over $1.1B worldwide. That’s a load of nuts. A veritable nutload, in fact.

And while the third film, “Chipwrecked,” debuted domestically with a series-low $23M, it still charted a course past $100M+ in North America, as each installment has cleaned up over the lucrative holiday season.

While BB-8 and his buddies might curtail the debut of Alvin and company, $15M would be a great launching pad for what is a very long holiday full of daily doubles and bonus bucks.

The dynamic duo of Fey and Poehler are also a force to be reckoned with, as their film drops R-rated f-bombs in 2,900+ theaters and will likely end up with $15M or so, too.  Maybe even a bit more.

They hooked up once before with “Baby Mama” back in 2008, debuting with $17M on the way to $60M domestic. Both are arguably much more popular now, and finally get to curse like the true ladies they are. Should be fun to watch…after everyone sees “The Force Awakens” a couple times.

So, while $30M collectively between “Sisters” and “Alvin 4” may not seem like a lot it, it might be the one thing that could actually stop “The Force Awakens” from topping $208M on opening weekend. Early tracking suggests anywhere between $175M-$215M; however some people are talking upwards of $250M+.

Truth is, I don’t think anyone knows. No one has seen pre-sale hype like this before, and no one has seen the full capability of the Disney/Star Wars conglomeration in terms of marketing.

I think what will happen this weekend, despite the other releases in the marketplace, is that we’ll finally see the maximum amount of money a film can make on an opening weekend. Audiences are literally bursting at the seams on social media. This is an event like no other.

Also, many are wondering why “The Force Awakens” isn’t opening in 4,400+ theaters, which would be on par with the widest release ever in North America. Well, get this: most drive-in movie theaters are closed in the winter, and they account for upwards of 400 theaters. Who knew?!?

Still, people will find a way, they may have to get out of their cars to do it, but they will come…the pull of the force is too strong with this one.

In the wake of all things Star Wars and sci-fi, it’s no surprise Fox and Paramount both dropped trailers for their high-profile summer sequels.

The Beastie Boys? Really? Did J.J. Abrams leave his Spotify on again? With Justin Lin at the helm, Paramount is certainly trying extremely hard to appeal to the “Fast & Furious” crowd. That sound you heard were Trekkies mass transporting to the Star Wars Universe.

Um, did someone say “Independence Day: Regurgitation?” Isn’t this the exact same film we saw 20 years ago? Let see. Same voice over. Same actors…minus Will Smith. Same plot. Uh-huh. I’ve got a hunch we’ve waited for something that isn’t a sequel, but more of a shot-by-shot remake. 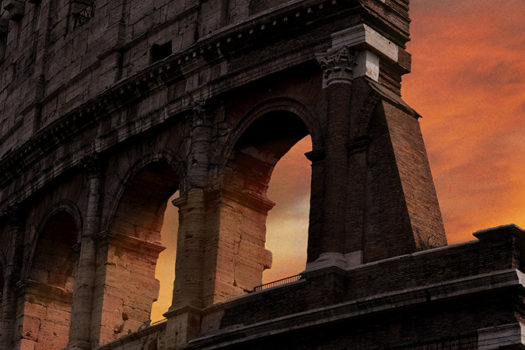 This Day in History – September 4th – Hijinx, Humor, and Insight