I caught up with Ryan Ringholz in Central Park on the first day of summer.  His company, Plae, was one of the sponsors of Adventures NYC, an event at which my seven-year-old daughter was introduced to slack lining and rock climbing.  She was wearing her Plae shoes, which were absolutely perfect for the activities of the day.

Ryan’s been designing shoes for years, although he tells me that design skills translate across industries…good design is good design, whether it be shoes, jewelry, graphic images, interiors, or anything else.

Be that as it may, the Plae designs are fantastic.  These shoes are engineered for growing children (which helps to prevent injuries), and sourced with responsible and eco-friendly materials (which helps our planet), and they are simply beautiful… the Roan model won a prestigious Red Dot Award (think the Academy Awards for design) earlier this year.

As Ryan is back on the West Coast now (and I, sadly, am not), we conducted this interview by telephone.

Ryan Ringholz, Then And Now

This whole week the kids have been in Trackers Camp, where they’ve been learning outdoor skills: whittling, shooting bows and arrows, building fires, all kinds of adventures.  I picked them up yesterday and was told that they may have been exposed to poison oak. So, not necessarily funny, but a comical scene ensued of my wife and I stripping them and scrubbing them down with dish soap.  It was just an absurd situation.  And when you are in the midst of that, it’s best to take a step back and laugh.

What’s your favorite movie?  And why?

It’s got to be North by Northwest.  Hitchcock is a genius, but beyond that, the art direction on the film is gorgeous, and Eva Marie Saint is an industrial designer in the movie (little known fact).  She tells Cary Grant on the train.  It’s the earliest  reference to industrial design I know of in popular culture.

Well, here’s something from my past which has served well as a point of inspiration to students (who are all trying to figure out what to do with their lives).  A pivotal choice that was a real risk for me was making a conscious decision to shift my studies from engineering to industrial design (which was relatively unknown at the time, and part of the art school at University of Michigan).  In the early to mid 90s, it wasn’t a well-known field at all.  But I made the decision to follow this path–a path I was in love with and seemingly good at, but with the full understanding that I would probably make no money at all, and end up being a starving artist.  It felt the right thing to do.  And I am pretty sure I would not have been as successful as a solidly mediocre engineer.

It would be with the last brand I launched, Ryan Rowe.  The initial plan was to start small and do a high end luxury artisan brand of men’s shoes.  I entered into a quick partnership, seeing dollar signs, and the brand moved into more of a mass production line. This decision happened a year before the economy collapsed, so really, the worst possible timing.  Doing it as my pet project, and taking longer to do so, might have saved a lot of money and heartache.  But it’s impossible to read the tea leaves for economic collapse.

And then there’s this knock knock joke: 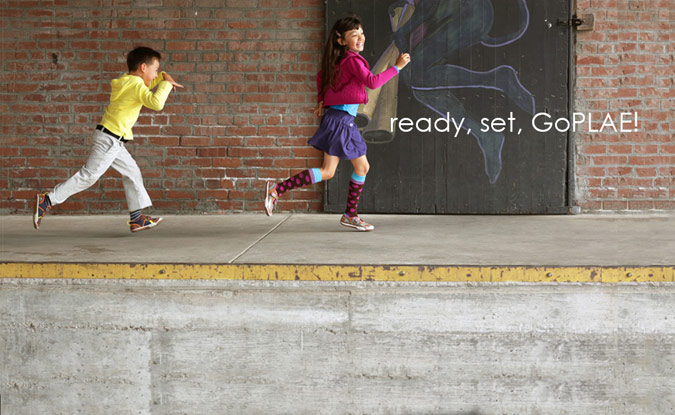 I am secretly a tech geek.

The best advice which is important in life is, to the extent that you can, to remove the thought of money from any life decision. That’s been important in my life.  It’s manifested itself in many ways.  When I’ve made a decision based on intuition and what I believe to be right, as opposed to what seems like it will net me the best financial result, it usually ends up working out best all around.  If you do what you love to do, you’ll likely be better at it, you’ll put more care into it, and ultimately will be more successful for it.

My favorite isn’t a real celebrity per se, it’s Jony Ive (head of design for Apple).  I’ve lived in New York, Santa Barbara, and SanFrancisco, where it’s not uncommon to run into celebrities, and I have never once been in awe or star struck by anyone I’ve encountered.  But one time, I was coming out of a men’s room and this guy bumped into me.  So incredibly rude, so I was waiting outside in a lounge type area, to give him an evil stare or say a word or two when he came out, and then it was Jony Ive…and couldn’t think of anything at all to say.

There’s a book by Alan Lightman, a professor at MIT, that came out some years ago, called Einstein’s Dreams.  It’s a short read, you can get through it in one sitting.  It’s basically a fictionalized version of a dream log that Einstein kept where he recorded his dreams leading up to publication of the theory of relativity.  Each dream sequence imagines time moving in a different way.  In one, time moves slower the further you are from the earth’s core.  So wealthy people started building their homes on stilts, as far from the earth as possible, and sent servants down to earth as necessary to get materials.  The takeaway was, though, that the shorter lifespan was a realer life.

Each dream is Einstein thinking conceptually, and reassessing time in a new way.

We just launched the fall styles, boots and high tops.  Kids really love changing the tabs and making them their own and expressing themselves.  Most shoes are static, but kids can interact with these. The Red Dot award was a huge honor and we’re very appreciative. We’ve got the only kids’ shoe on the market with a Red Dot.