John Berger recently died (at the age of 90) so I thought I’d dig out my old paperback copy of Ways of Seeing and give it another look. It was startlingly original in 1972, and when I encountered it, probably 17 or 18 years later, I found it startlingly original then. It was certainly unlike anything I’d ever read before. And I suspect that it is still an original book, at least for many young people.

At the time I first picked up Ways of Seeing, I’d looked at paintings before, and of course, illustrations in books, photographs, countless advertisements in magazines and on billboards, postcards…much like everyone else. But I had never given serious thought to the questions addressed in this short collection of essays about images. Why are these particular subjects depicted in art, and not others? Who is the intended audience? How does our culture define art? How does an image’s meaning change when it is reproduced?

Berger’s distinction between nudes in the classical tradition, as opposed to paintings depicting nakedness, and his examples of each (there are many, many more to be found in the first category) clarified things for me, put into words what had only been a vague feeling of unease. And when I then read Laura Mulvey’s “Visual Pleasure and Narrative Cinema,” in which she introduced the term, “the male gaze,” I began, I think, to start to see not just images, but plots and viewpoints as well, a bit more critically.

Berger’s critique of advertising and publicity, and its cynical manufacturing of glamour for the purpose of separating us from our money, has also stayed with me to this day. Although I am still occasionally seduced by glossy catalogues and the lifestyles they depict, I do remind myself that the lovely patio furniture with the matching cushions and large umbrella won’t actually come with that ocean view, or a chef to create a lovely meal, or the wait staff to serve it, and I will of course have to wash all that impractical stemware myself…

This is an excellent text for a young student interested in art, or, honestly, someone of any age who hasn’t previously been interested in art. And it is really not at all a large leap to go from seeing a bit more critically to thinking a bit more critically. Why is this news story getting coverage and not another one? Who decides what is newsworthy and what isn’t? Who is being served by this politician’s narrative? At what point does a healthy patriotism become a toxic nationalism? Which opinions are valuable? Whose opinions are heard? Whose questions are answered?

Ways of Seeing challenged conventions and profoundly influenced the study of art. I wish very much that it would be updated; a book so focused on the visual would benefit greatly from larger illustrations, in full color. Still, it’s worth reading (and seeing) the small paperback.  There’s a lot of wisdom packed into the 166 pages, which ends, in a profoundly democratic fashion, “To be continued by the reader…” 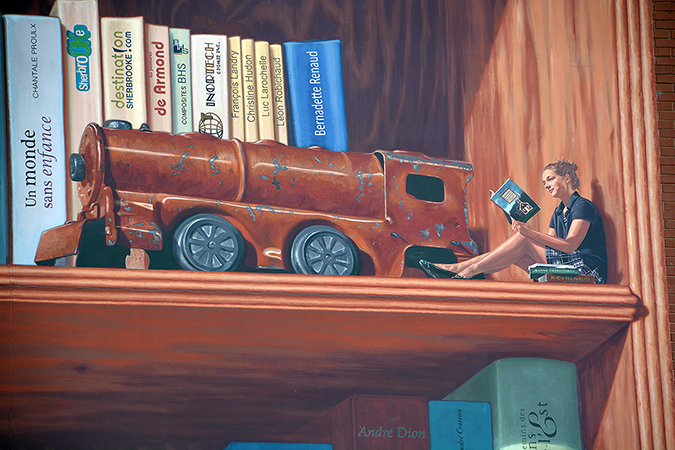