Are film critics worth the weight of their words in terms of box office? For certain films, sure, but definitely not on opening weekend when we’re talking about big-time tentpoles. No matter how scathing the reviews, superior marketing trumps the acid-tipped pen every time. Just ask DC’s “Suicide Squad” which opened last weekend to $133M, despite an anemic 26% aggregate on Rotten Tomatoes.

Three new films drop into theaters this weekend—“Pete’s Dragon,” “Sausage Party,” and “Florence Foster Jenkins”—and the troika, even though they have the best collective reviews of any weekend this summer, won’t come close to unseating “Suicide Squad” in its second weekend.

Last weekend, “Suicide Squad” became the first film to open with $100M+ in the month of August and the 3rd best debut of the summer behind “Captain America: Civil War” and “Finding Dory.”

Overseas DC’s antihero assault team hit a bull’s-eye too, scoring an additional $133M.  So why is everybody up in arms about whether or not “Suicide Squad” is a success? It is. People can argue until the sun comes up about whether or not it’s good; however, you can’t dispute its worth to WB and DC Films.

They just opened a film about bad guys, with really the Joker as the only known commodity amongst the masses, to $266M worldwide. Five days in and it’s made more than the entire run of “X-Men: Apocalypse” domestically. This is an unqualified success…on which DC can improve mightily.

Make no bones about it, despite an underwhelming achievement in terms of quality—which translates to mediocre cinematic longevity, and possibly a massive sequel slump if the problems aren’t corrected—but in terms of where DC is at, this is a fist-pumping “hell ya” moment for the studio which has had trouble convincing multiplex marauders that their comic book content is just as capable as mighty Marvel.

Warner Bros. has upside up the wazoo, folks. No other studio has more potential right now to compete codpiece-to-codpiece with Disney.

DC films aren’t quite there artistically, but the demand—and this is what’s really important—is certainly cemented. Audiences want to see more DC heroes and with an opening like “Suicide Squad” had, that will surely happen now. Remember, $1 billion is not really the goal here.  It’s a universe that is at stake, one that’s worth billions and billions over time.

Sure, WB and DC would like to see nine zeros after “Batman V Superman” and “Suicide Squad,” but it’s more about rebranding their product, and making sure their 2nd and 3rd wave of films continue to pull in massive audiences. This isn’t a box office battle, it’s a war…one that will play out over decades in movie theaters.

They know they have a product that audiences crave. Now it’s just about finding the right tone and the right filmmakers to make that happen…and if they can…to take their time to make sure the sequels are vastly superior to the first iterations. Always room for improvement, right? Let’s just hope they know that, stay level-headed, and don’t believe their own hype.

However, if they continue to churn out wafflers like “Batman V Superman” and to an extent, “Suicide Squad,” burnout will light up their universe like introducing a flame thrower to a stack of old, yellow comic books.  Burn, baby, burn. That means they may see a trilogy, but after that, audiences will move on. Thing is, they have endless offshoot opportunities just with “Suicide Squad.”

And you gotta give props to Big Willy: Will Smith chose correctly, foregoing “Independence Day: Resurgence” and going with DC instead. I’m not saying he’s Mr. Fourth of July again, but he’s definitely on the road back from blockbuster burnout.

The 2nd weekend drop for “Batman V Superman” was a massive -70%, and while “Suicide Squad” probably won’t see a dip that big, it will likely still be around -66%, or about $45M. Does that mean audiences deserted it? Hardly, and it will land a return trip to the gold medal podium, as “Pete’s Dragon” and “Sausage Party,” despite both looking like success stories, won’t crack $30M unless there is a huge disturbance in the force of filmdom.

“Pete’s Dragon” looks like the real deal of Disney, which only spent $65M on the reboot of the 70s “classic.” Even with an opening of $25M or so, it should stick around into fall, buoyed by stellar marks. And that, folks, are when reviews and critics come in handy—down the road.

Disney’s latest is actually a really good lesson in what to reboot, as 1977’s version of “Pete’s Dragon” certainly has never been considered one of the Mouse House’s top tier properties, and definitely benefits from the advances in cinematic technology. Studios—take note.

Leave it to Seth Rogen and his creative cohort, Evan Goldberg, to drop an R-rated cartoon into theaters featuring a wiener as the lead. Sony will make a small fortune with this toon as it cost just $18M—that’s unheard of for an animated feature—and will likely open with a bit more than that this weekend.

“Sausage Party” whips out in 3,000+ theaters; expect upwards of $20M, which is glorious, considering the concept. Just proves that comedy, in whatever form, usually succeeds when pushing envelopes, instead of stuffing envelopes with the same-old, same-old sequels.

Remember, Rogen and Co. scored massively last time they went outside the studio comfort zone with the R-rated ode to post apocalyptic horror/comedy,  “This is the End.” Comic meta-brilliance, fueled by doing something no one has tried before. Rogen’s always good, but that’s when I love the guy most. I’ll take “Sausage” in the face every time over comedy sequels…or road trips with Babs.

Last but not least at the box office is Meryl Streep in “Florence Foster Jenkins,” a real-life period piece set in the early 1900s about one of the worst opera singers to ever take the stage. Sounds like Oscar gold to me…or at least another nomination.

In just over 1,500+ theaters, Paramount’s PG-13 film will probably hit a solid $8M note, and continue to fill the aisles for weeks to come as it sports a solid 92% on Rotten Tomatoes.

Talented Brit, Stephen Frears (“The Grifters,” “The Queen,” “Philomena”) directs “Florence Foster Jenkins” and, like his other films, this should slowly build an audience week to week. Paramount will definitely score a minor hit here, as the film cost just $29M.

In limited release in 30 theaters, Lionsgate’s “Hell or High Water” is getting pretty stellar reviews (currently 100% on Rotten Tomatoes) for a film that on the surface doesn’t seem like more than just another country-hick crime drama. However, this one stars Jeff Bridges, Chris Pine, and Ben Foster. Looks solid, thanks to the performances, despite treading familiar territory.

And then, we have…Nazis. Bleecker Street drops the historical thriller…about blah, blah, blah…Nazis. Surprised this is being released in 450+ theaters, since there is literally ZERO advertising and reviews are tepid at best. I almost fell asleep watching the trailer. Never a good sign.

Remember Charlie Sheen in “The Arrival”? Let’s hope this is better than that one. Should definitely be with Denis Villeneuve (“Prisoners,” “Sicario”) at the helm and Amy Adams, Forest Whitaker, and Jeremy Renner starring.

You know what I know about sequels with the word “Final” in their subtitle…they never are. Anyone remember “Friday the 13th: The Final Chapter,” “Jason Goes to Hell: The Final Friday,” “Freddy’s Dead: The Final Nightmare,” “Saw 3D: The Final Chapter”?  They’re cash grabs. Take me down to Cash Grab City…where the grass is green and the green is pretty… 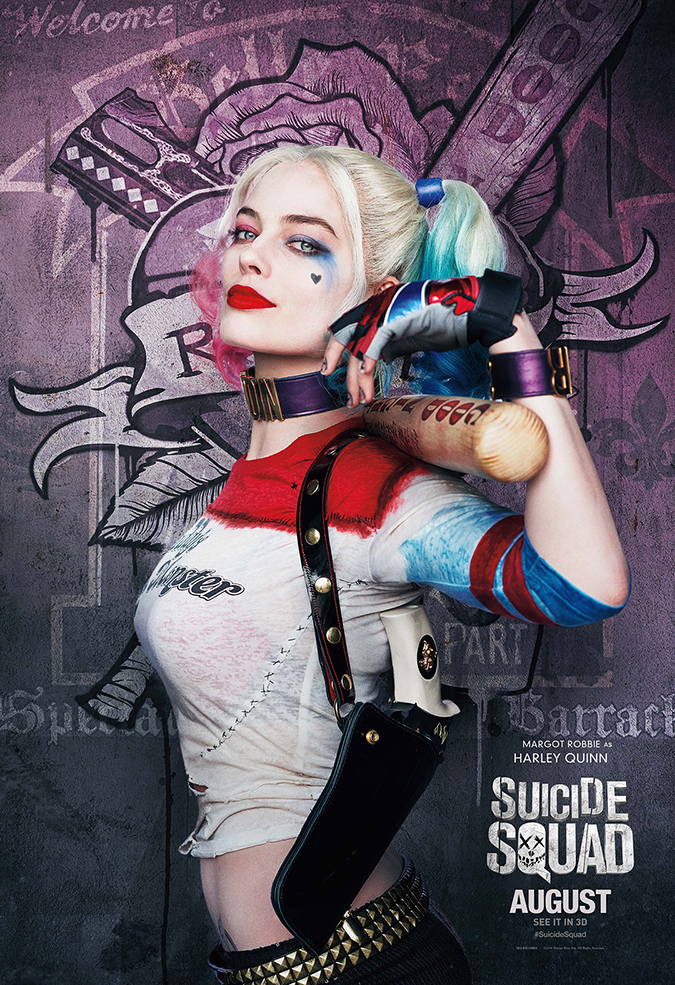