Some may hear Phantogram, The Postal Service or Baths as influences or contemporaries, but we think Patrick’s compositions go the extra distance…  they’re so personal you can’t really categorize the music.

The tracks are not sparse enough to be chill-out and not thump-inducing to be dance.

Each tune has its own beat.

Below, we talk with Patrick and learn more about him and his special brand of laptop pop.

Without hesitation it is and will always be The Empire Strikes Back. Star Wars is a really big part of who I am – I’m a nerd at heart and I was so much happier once I started embracing that. I love all eleven Star Wars movies, even the ones I have serious problems with (looking at you, Rise of Skywalker) but Empire is just so special to me. It’s Harrison Ford at his best. It has the best character development and story out of the original trilogy. It has the most iconic moments of the whole saga – Han and Leia falling in love, the first time we meet Yoda, Luke becoming a Jedi, the confrontation with Darth Vader. It has my favorite shot of the entire saga, where Vader is silhouetted at the top of the stairs in the carbon-freezing chamber and things are about to get hella real. I’ve probably seen this movie at home hundreds of times, but the other week I saw it in a theater for only the second time (the first time I’ve been to the movies since COVID-19) and it was without question the happiest I’ve been in years.

This is a tough question for a lot of reasons, the foremost of which is that I kind of stopped reading for a long time once I started working on music and being as busy as I am (I am NOT proud of this, so I’ve gotten back into it this year.) That said, I don’t know if I can definitively say it’s my “favorite,” but what jumps to mind for me is The Kite Runner by Khaled Hosseini. It is stunningly, wonderfully written and it’s in equal turns terrifying and heartbreaking and joyful and hopeful. I haven’t even read it in a long time and yet there are parts of it that make me want to cry just thinking about them. I feel like it had a bit of a “best seller run” for a little bit after it came out before that died down, but even now, everyone owes it to themselves to read it.

3. PLACE I WANT TO VISIT

Reykjavik. I can’t put my finger on why it seems like such a cool place but Iceland as a country just routinely seems otherworldly to me. I didn’t name a song “Reykjavik” for no reason – I’m sure a lot of people assume it’s because I’ve been there, but it’s actually because I haven’t and badly want to. If I don’t end up dying in Raleigh, I’ll end up dying in New Orleans. And if not there, I have a feeling I’ll wind up dying in Reykjavik – I’m pretty sharp with shit like this.

I’m gonna level with you: I’m not a complicated guy and someone else needs to be in charge of dressing me. I like comfy jeans and soft, tight tees because I’m a skinny dude (except for some mild beer weight in my tummy, because I’m in my 30s so…duh?) and that’s what suits me. I tend to wear a lot of black. I am also straight-up married to white-with-black-stripes Adidas Superstars – seriously, I’m either wearing a rotating pair of those, or my running shoes which are also Adidas, or dress shoes, which Adidas regrettably does not make. Three-stripe gang for life. So my favorite outfit is jeans – typically black or dark blue ones – and either one of my nerdy or band-related graphic tees, or a solid-color V-neck. In chilly weather I’ll top it off with a black leather jacket (tailored). 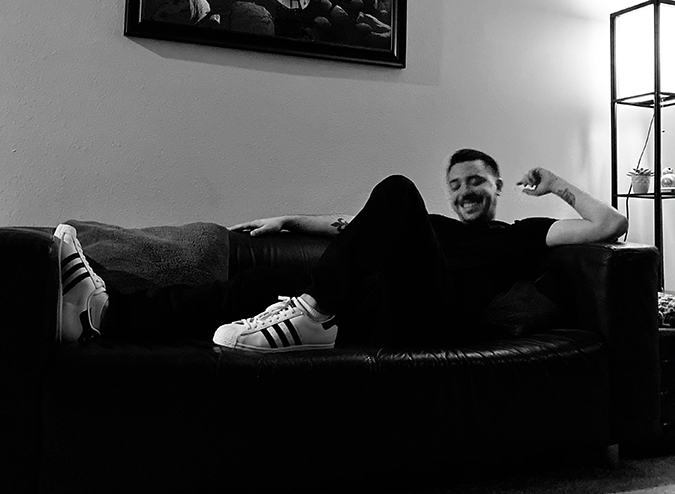 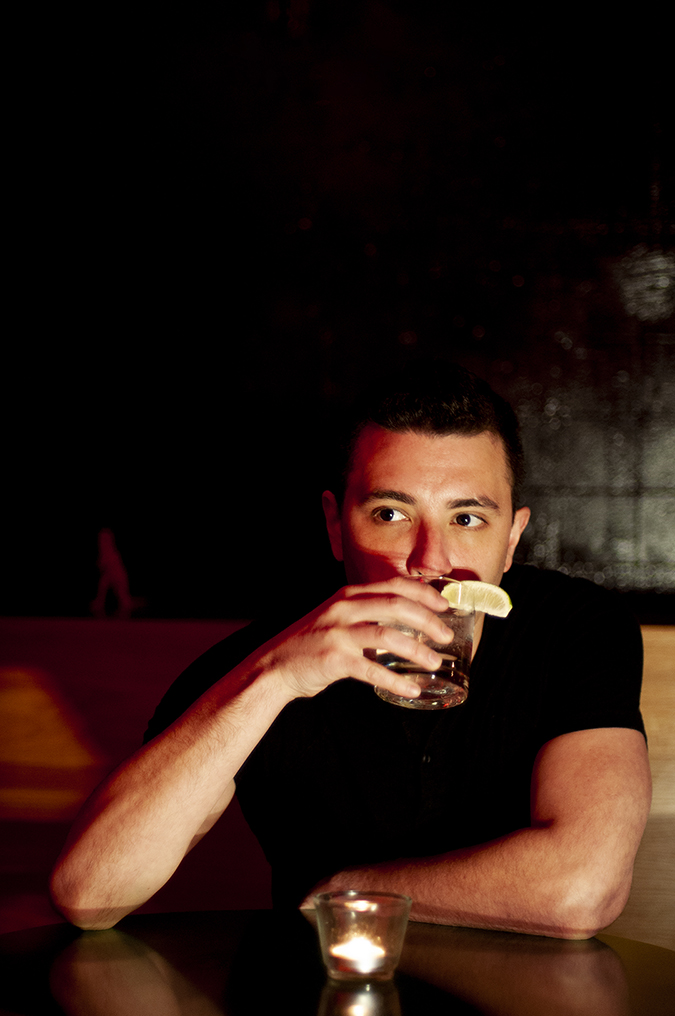