Going to Eleish Van Breems, a new design store in Westport, Connecticut, is just a lovely experience. The space (right by the train station, so easy to get to from New York, New Haven, and all points in between) is welcoming and relaxing, even more so on a drizzly and gray day. And once I found myself in that warm and beautiful space, I was greeted by Rhonda Eleish and Edie van Breems, two friends and business partners, who offered me Pellegrino and snacks along with some inspiring and amusing conversation.

Their company started as an antiques gallery set in a historic 1760 house, and expanded into interior design work and importing Swedish furniture. The designers have also authored a series of bestselling interior design books on Scandinavian design, the latest being Reflections on Swedish Interiors (Gibbs Smith, 2013). The current storefront is their latest joint project, and I highly recommend that you stop in for a visit.

Here’s (some of) what we talked about. 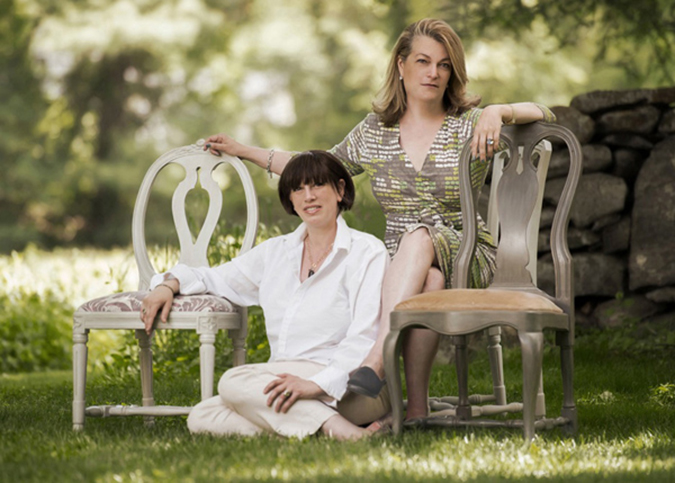 A NewsWhistle Q&A with Rhonda Eleish and Edie van Breems

Why do you focus specifically on Scandinavian design? I know that Rhonda has a very international background, relatives in Egypt, relatives in Iran, a father who worked for the U.N. What drew you to Sweden?

Rhonda: We both have traveled extensively and gone to school in Europe, and we each have Scandinavian heritage. Edie’s one fourth Swedish and I have family in Stockholm, the Gullers, who are a huge influence, especially my great aunt and uncle Ingvor and K.W. Gullers. He was one of Sweden’s great post war photographers, and she was a textile specialist and advisor to the Queen’s extensive dollhouse collection. We have internalized that influence.

Edie: We initially focused on England and Holland, hoping to import Northern European antiques, but we realized that after two weeks on a buying trip we had only found a Swedish painted chest. At that moment we both knew that was what we had been looking for – painted furniture – and that we must go to Stockholm. So that’s how we got started. 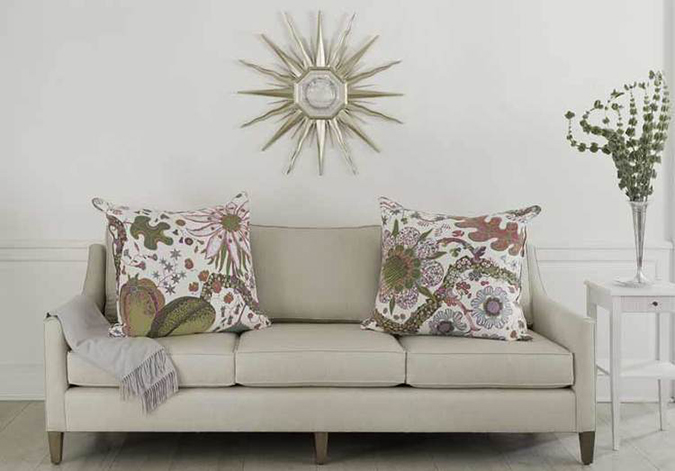 How would you describe the home décor that you do? And does Scandinavian design complement and work with other styles?

Rhonda: It’s about acknowledging the environment. We try to create clean and elegant interiors.

Edie: And beautiful designs and functional spaces. This is the premise of not just Scandinavian design but good design in general. Often less is more. We love to combine the old and the new.

Can you work with different types of architecture? I live in a Dutch Colonial, but around here there are also Cape Cods and cottages, and modern houses, farmhouses, and arts and crafts style houses, all kinds of styles. Can you design and furnish these different spaces?

Rhonda: Yes. It depends on the space and the environment. Is it by the water, is it by the woods? What works with the space? Each project is unique and we love working in all the many different architectural vernaculars. 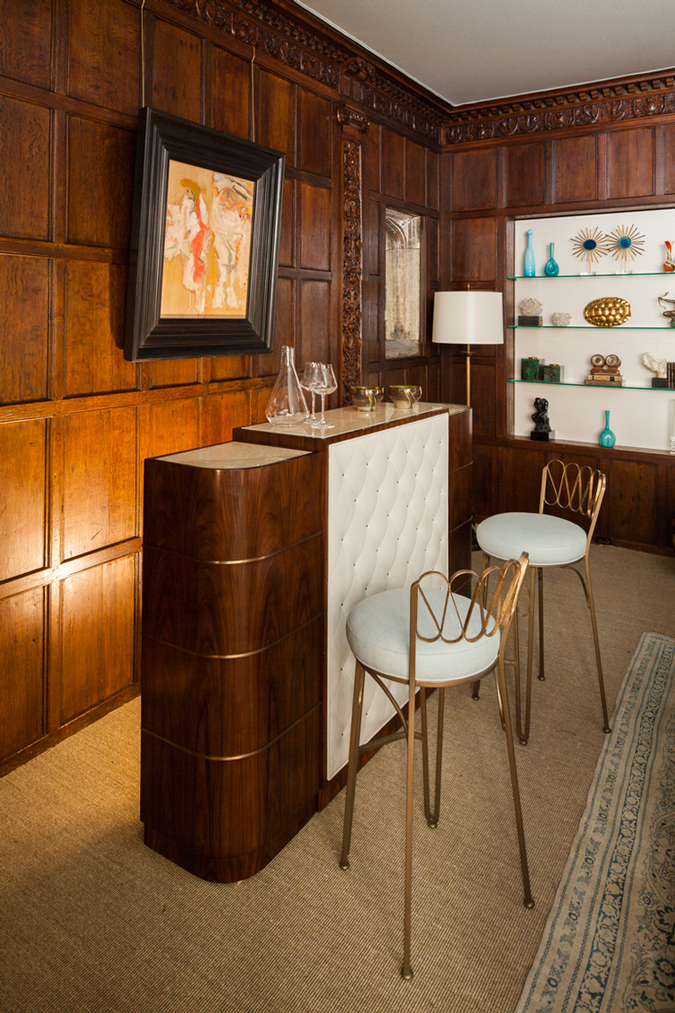 What kind of services can you provide? Besides selling furniture and making design recommendations, can you take an unfinished space and figure out how to make use of it?

Rhonda: Yes, we have people we work with, contractors, specialists, different teams, but we can work with architects to do initial planning, or just furnishing. Sometimes people bring us in later in the process.

Edie: And part of design is psychology. Making the client happy. Giving people their space and having them feel good.

Do you have another book in the works?

Edie: We have an idea.

Rhonda: We just need to convince our publisher to pay for it. 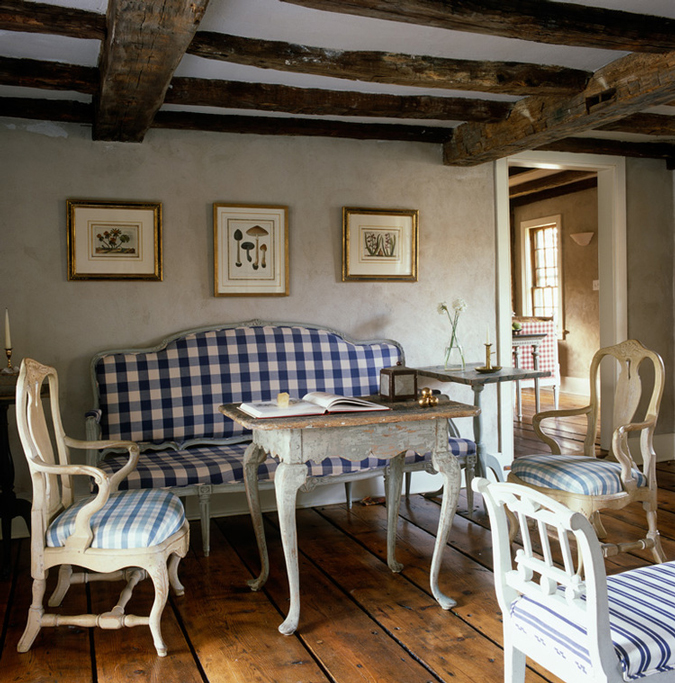 Is home design very different from other forms of design?

Rhonda: It’s about thinking about space and color and shape and functionality.

Could you do something else besides home design? Another type of design? I’ve been told by some people that design is design, so if you can design interiors, you can design clothing, or jewelry, or fine art.

Edie: Well, specific skills come with practice. It’s like using a muscle, so theoretically we would love the idea of designing other things, but we truly respect other design professionals and their unique expertise.

Rhonda: I can’t do a sculpture or a painting or a drawing, the way I can do a rendering of a floor placement!

What inspires your design?

Rhonda: It’s very client-centered. It depends on the property, the placement of a property. The creative process with a client, it’s like dating. There’s chemistry. And sometimes we turn down clients if we just aren’t on the same page. 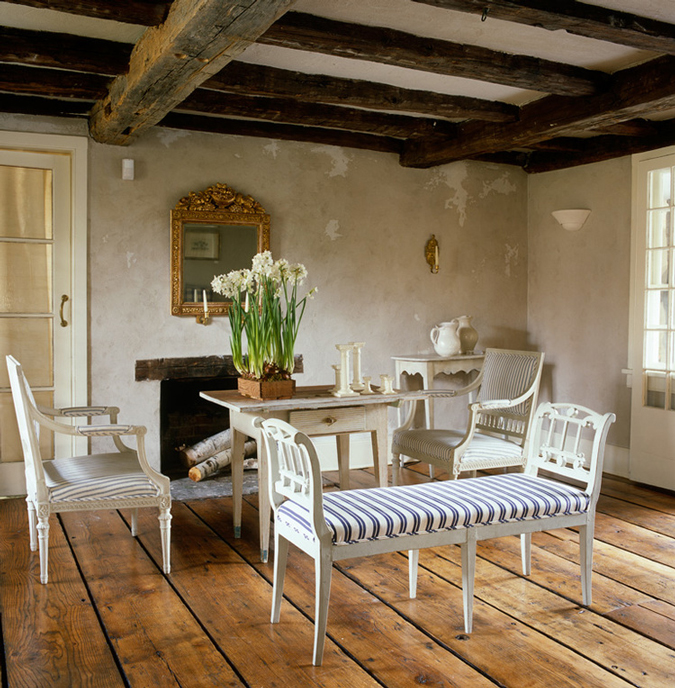 What’s the best advice you’ve been given?

Rhonda: It’s not so much advice, but one of our mentors, Albert Hadley: we try to be like him. He was a gracious southern gentleman, didn’t say that much, but he had grace and led by example.

Edie: He was what we wanted to be when we grew up. He was so generous with is time and supportive of new talent.

Rhonda: He was a giant in his field and he wrote the introduction to our first book.

Rhonda: It was a big favor, it was huge. But that’s the kind of person he was.

How did you get to know him?

Rhonda: Are you familiar with Rooms with a View?

I’ve seen the signs around town for it, but I’ve never gone to see it. Is it a house tour?

Rhonda: It’s not a house tour, but it is a design show. It takes pace in the Southport Congregational Church and it’s a way for them to fund their charity work. Albert Hadley started it and it’s an annual event. They give twelve different designers a space right within the church, and each designer is given a small vignette to decorate. It kind of levels the playing field. So it’s a showcase for the designers.

Edie: And it’s a way the designers all get to know each other and appreciate each other’s skills. It’s collectively a special experience.

It sounds great, and you’ve done it?

Rhonda:   Yes, two or three times. Our favorite rooms we designed were historical and based on the library of the Swedish botanist, Linnaeus and the hunting lodge of Swedish diplomat, Axel von Fersen.

Thom Felicia (from Queer Eye for the Straight Guy) is running it this year. Albert Hadley would have people from New York City, well established, right alongside people who were young and new to the field. 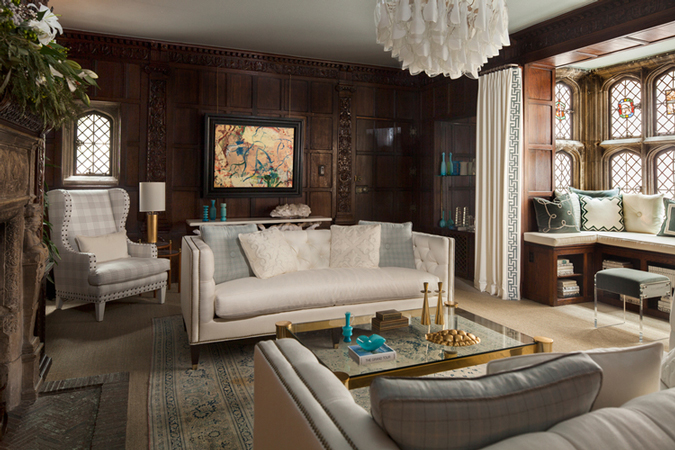 What’s a book that you recommend to our readers?

Edie: Well, would it be shameless to recommend ours?

Rhonda: There’s a new book coming out, by C.J. Dellatore, called Design Master Class. We’re in it, it’s coming out in fall of 2016. It’s going to be a collection of different designers writing about what inspires them.

Rhonda: I think it will be.

I will look forward to it.

Edie: I’m reading M Train by Patti Smith. It’s very personal, I know she’s not for everyone, but I love Patti Smith. I loved her Just Kids about her youth in the 1970s and her first love, Robert Mapplethorpe. It was so beautiful.

I haven’t read Just Kids but I think I need to, I have heard so many good things about it. 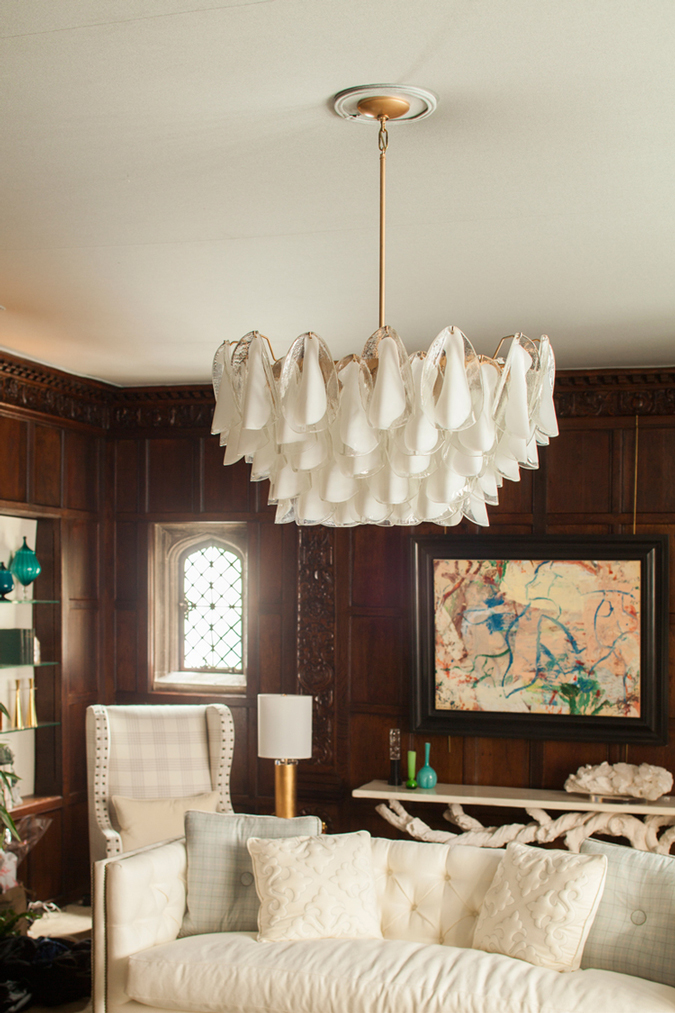 Rhonda: I love Doctor Zhivago. And High Society. I like vintage movies. And period British movies.

Edie: We are very approachable. People feel that antique dealers aren’t approachable. We love kids and dogs! Antiques are meant to be used and loved. We’re not about being precious.

Rhonda: No, people should not be intimidated by us.

Edie: We like the English country lifestyle. Kids and dogs, lovers, husbands, mudrooms.

A British house like in a murder mystery? Where there’s six feet of snow, and the phone’s been cut off and there’s a dead body in one of the guest rooms?

Rhonda: Well, without the murders. Although, that would be fun…a murder mystery game set in an antiques shop!

Edie: We could do that. We could totally do that.

You should do it! 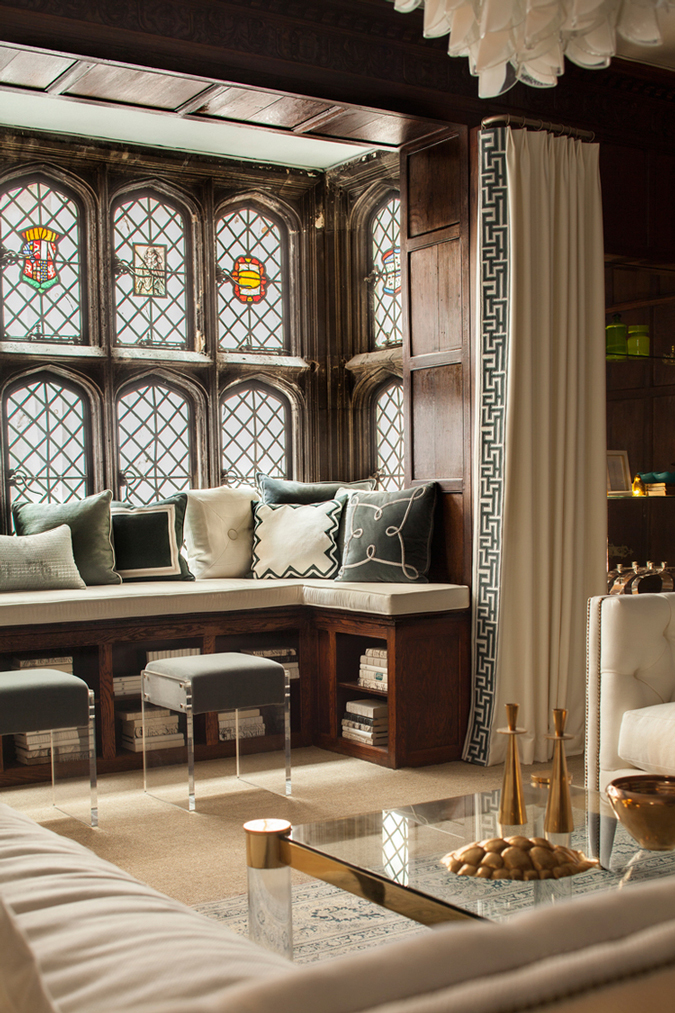 What is the best or the worst thing that has happened to you this week?

Rhonda: The best has been working on the project we’re doing right now for a client. It’s so fun!

Last but not least, is there anything you’d like to pitch, promote, or discuss?