I attended a reception for the Smithsonian American Women’s History Initiative in Manhattan a few weeks ago; it was hosted by Mary Boies and Emily Rafferty, two of the members of the American Museum of Women’s History Congressional Commission. The bipartisan Commission had been established in 2014, and was created to independently study a potential American Museum of Women’s History. The Commission, in its final 2016 report, recommended a pathway to a standalone women’s history museum by first establishing a Women’s History Initiative within the Smithsonian Institution to begin the process of developing exhibitions within existing Smithsonian museums, which will (it is to be hoped) act as a base upon which to build an eventual physical museum.

The museum will be called the American Museum of Women’s History, and the plan is to have it open on or near the Mall in Washington, and be operated by the Smithsonian Institution, in order to tell the stories, celebrate the accomplishments, and illuminate American women’s history in ways that will inspire and inform people of all ages and all walks of life. An estimated $150 million to $180 million is needed for its construction.

This seems a rather daunting task. But I was inspired and impressed by Congresswoman Carolyn Maloney, who had been a sponsor of the legislation establishing the Commission, and who joined us at the reception. She told us about her work, now over 20 years ago, getting a statue of suffragettes (Elizabeth Cady Stanton, Susan B. Anthony, and Lucretia Mott) moved from the basement of the Capitol Building to its proper place in the Rotunda (over 75 years after it had been unveiled), and the obstacles they faced at that time: having to raise money for an engineer’s study to ensure that the floor would support it (it could, and did), having to raise $75,000 to have it moved (private donations since Congress refused to authorize the expenditure, despite having a budget for it), the criticism that it did not have historical significance (women’s suffrage insignificant?!?!?!), and most dispiriting of all, the criticism that the suffragettes were ugly. (The Congresswoman pointed out that Abraham Lincoln was not known for his handsome looks…) Such have been the institutional obstacles facing acknowledgement of women’s history, and it is appalling, although unfortunately unsurprising, that at the highest levels of career achievement in government, this is what she (and the other women behind this project) have had to face in their efforts to honor women’s history.

Fortunately for the members of the Commission, Congresswoman Maloney, and others of us who care about women’s history, the Smithsonian Institution is at least partly on board. Dr. David Skorton, the Secretary of the Smithsonian, was also in attendance at the event; he already oversees 19 museums, 21 libraries, the National Zoo, numerous research centers, and several education units and centers, but he is eager to take on yet another large project and fully supports the Women’s History Initiative. When he gave his remarks, he expressed regret that the Smithsonian as an institution had not historically done much to highlight women’s history, or to share the stories of women who have shaped the course of the United States through their civic, scientific, business, and cultural achievements. He mentioned the hit movie, Hidden Figures, about the brilliant African-American women who worked at NASA in the 1960s, and told us that it was frankly embarrassing that Hollywood brought their story to national prominence, and that the Smithsonian hadn’t done so. He and his team are promising to do better: to amplify women’s voices to honor the past, to inform the present, and to inspire our children.

The Smithsonian staff present handed out some promotional materials covering some of the women they are planning on giving more attention through the Initiative: Mary Church Terrell, Lisa Jaster, Maya Lin, Sandra Day O’Connor, Julia Child, Joan Trumpauer, Michele Roberts, Mary Cassatt, Vera Rubin, Sandra Cisneros, Sylvia Earle, Muriel Siebert, and Wilma Mankiller, among others. Their portraits, papers, artwork, research samples, uniforms, etc., are at the various Smithsonian institutions and will be used to tell their stories…stories of bravery, perseverance, creativity, success, and unlikely achievements. They’re currently attempting to raise $20 million to do this work, and are seeking private donations as well as public funds. You can donate here if you are so inclined.

But as to a museum dedicated to women’s history? Congresswoman Maloney has sponsored the Smithsonian Women’s History Museum Act, a bill to provide for “the collection, study, and establishment of programs relating to women’s contributions to various fields and throughout different periods of history that have influenced the direction of the United States.” It has until January 2019, the end of the current session of Congress, to pass. Currently, it has 250 bipartisan supporters in the house. The Smithsonian can’t commit to another museum just yet, not without Congressional approval and the money to build. But even then, the museum will be a long time coming. It took 30 years for the National Museum of African American History and Culture to open…the authorization bill was 15 years in the making, and it opened 13 years after that. Fortunately, it has been a resounding success. Let’s hope the Women’s Museum happens, for the sake of our daughters and our granddaughters, and our sons and grandsons, too, and that it doesn’t take quite so long. 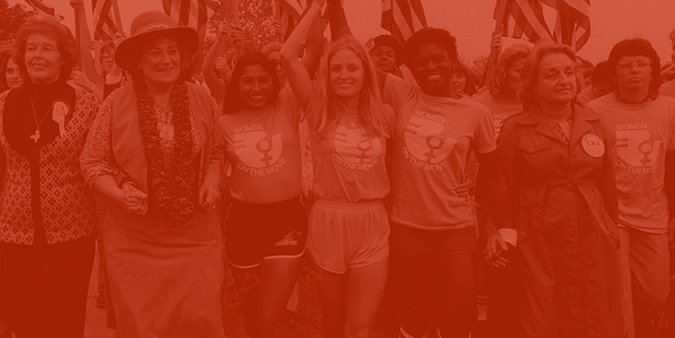 This Day in History – January 11 – Hijinx, Humor, and Insight

This Day in History – January 8 – Hijinx, Humor, and Insight