This week Gloria is praising Paris’ most perfect slice.

Things are tough here in the city of love, lights, and masks.

I have been missing the Paris I knew as a visitor or the first year I lived here.

Living here, well, parfois c’est compliqué (sometimes it’s complicated), but there is enough wine and delectables to numb us from the pain.

When I first came to Paris and was fresh off the boat, I looked around and must have said, “OMG, that is amazing,” several times a day.

I didn’t really speak French, but the only place I could speak French was in a restaurant because food is my language.

Also, when it comes to legumes (vegetables) they more or less sound the same in English.

Here’s a story for you.

He widened his eyes and said, “Madame, you mean bettrave not beet.”  It turns out that bite pronounced “beet” means a vulgar word for penis (dick)…  which means I ordered a dick salad.

Sometimes I would pass the restaurant and see the waiters and they would chuckle and say, “Bonjour Madame. Nous avons beacoup du beets pour vous.” (“We have a lot of beets for you.”)

And I would walk away and say, “OMG, France is soooo romantic.”

Well the French and their food is what is keeping this city afloat these days or at least trying to. I know it has been crazy times everywhere but it seems this year in Paris got a bit lost with gillet jaunes (yellow jackets), grève RATP (transportation strike), and, of course, confinement.

Restaurants in Paris are having a difficult time especially now that the city is empty with most people gone and the fact that there are virtually no tourists.

But there is one place in particular I want to talk about today. 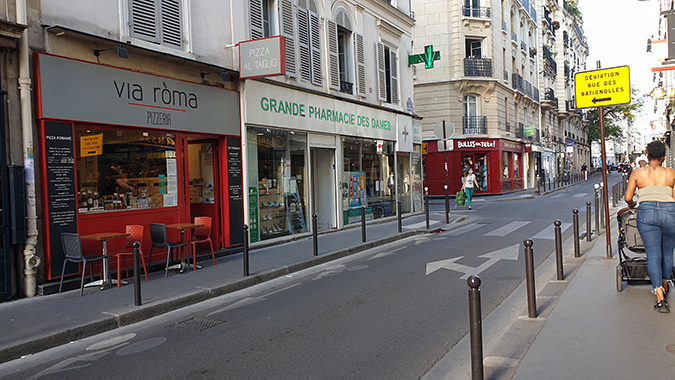 Trust me. I know pizza. I am from New York and I do not mean any disrespect to Spumoni Gardens, Sal & Carmine’s, John’s Pizza, and that other one in Mill Basin, but Via Roma is one of my favorite places in Paris.

Not that I plan on committing a crime but the truffle cream pizza could be my last prison meal request.  Just to know.

Via Roma is the kind of place where they make me feel like family. It  really does remind me of those pizza joints when I was a kid… where everyone knows everyone. 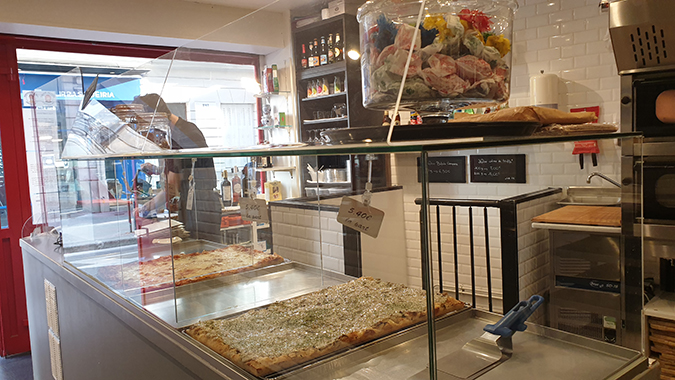 We have so many places that are starting to close down in Paris – so once we get out of this mess, please come and support this restaurant.

This place is special and needs to stay open.

In the meantime, get to know Thierry Broussard, owner of Via Roma, the best pizza in Paris. 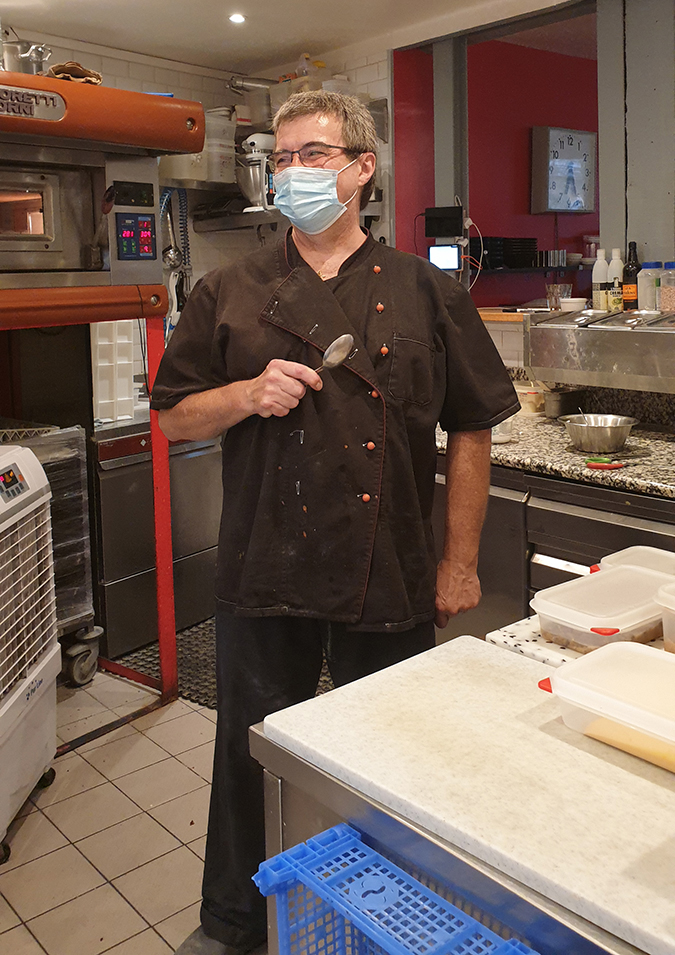 Occupation: Chef and Owner of Via Roma

When and where did you open your first restaurant? 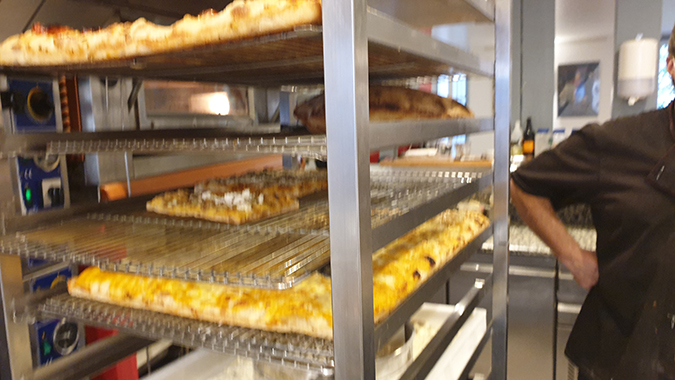 How did you learn how to make pizza?

It is an innate gift. Joke. I have always loved cooking. I am self-taught. My learning happened quite naturally.

Do you have an Italian family that influenced your cooking?

Our dough and our products are Italian but the majority of our recipes are French-inspired. We have no limits. We can make pizzas with cauliflower, leek, apples, pears …..

[Who are] some of your famous who love your pizza?

Have you named a pizza after them?

Why is the truffle cream pizza the best pizza I have ever had in my life?

It is a perfect marriage between the sweetness of the mushroom and the subtlety of the aromas of the truffle as well as a lot of love. We invented it in 2009. 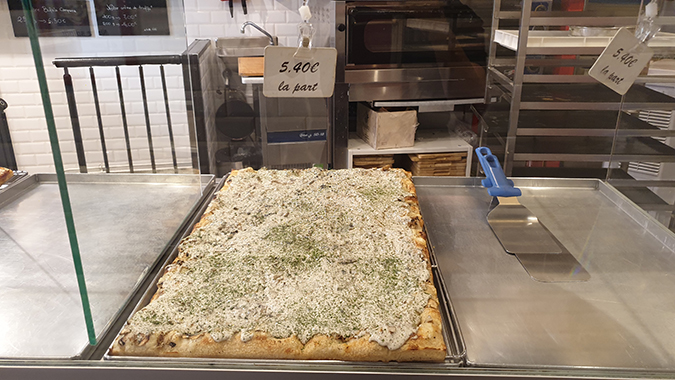 Can you tell about some of the wines you have and how much roughly?

Our red wines: Montepietroso (Sicily) 15 € per bottle (This is so good with the truffle cream pizza, oh la la). Montepietroso is sweet and it will not alter the taste of the truffle. Or a Rosé dell Estate (Venice) 16 €.

What is your wonderful staff?

My team since 2009. Clémentine and Natacha… I met [them] and we became a family.

During confinement I walked Val (mon dachshund) past your restaurant and it was closed. Why didn’t you offer delivery?

For the safety of my employees, money is one thing, safety is another. (💟  Verklempt!)

Tell me how confinement affected your business?

It put our business at risk. The confinement wiped out eight years of hard butter. We have resumed our activity since May 1st and we only make 50 percent of our turnover. 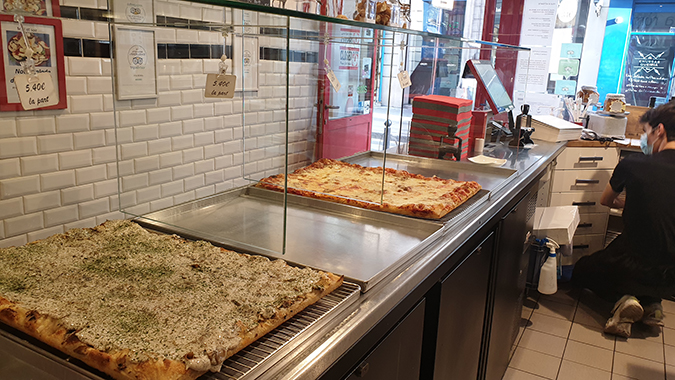 All photos by Gloria Swanson Jr.