MoMA (the Museum of Modern Art in New York City) has done it again. The Picasso Sculpture exhibit is phenomenal and absolutely everyone should go see it. And if you go there when the museum opens, it seems like that is exactly what is going on.

My advice to you: join MoMA as a member. $85 will cover you for a year of unlimited access (and no waiting in the ticket lines), discounts galore, guest tickets for only $5, and (this part is key) early hours. You can arrive at 9:30 a.m. a full hour before the rest of the world shows up.

When you do, you will be in for a treat.

Picasso the sculptor isn’t nearly as well known as Picasso the painter, but in fact, the artist sculpted enthusiastically (if sporadically) throughout his long career. His invention and creativity is fully on display here, and it is truly astounding.

I was thinking about Shakespeare when I went to see this exhibit, specifically this quote from As You Like It:

“And this our life, exempt from public haunt,
Finds tongues in trees, books in the running brooks,
Sermons in stones, and good in everything.”

And that is because Picasso saw art in everything, and made art from everything.

It’s a truly dazzling array as he experimented with clay, bronze, wood, found objects of all kinds, sheet metal, iron wire, plaster, paper, ceramics, and even pebbles. He flirted with abstraction, but mostly he created people and animals. Pregnant women, bathers, a joyful girl jumping rope, owls, goats, bulls, a man carrying a lamb. Rather gruesome death’s heads, created in Paris during WWII. Also many musical instruments, and they’re just lovely to behold. 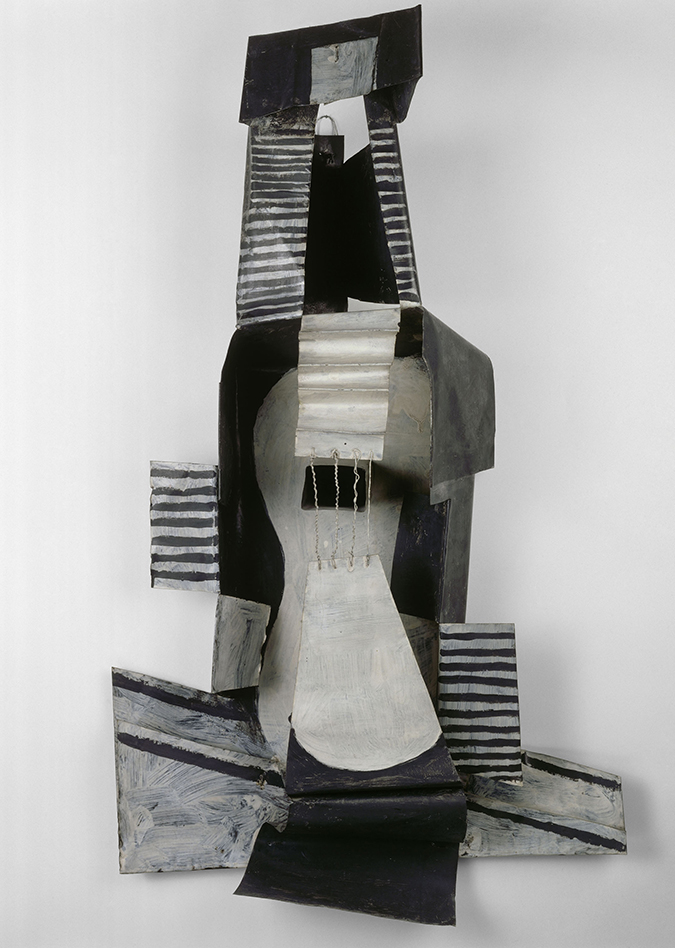 As John Dryden famously described Chaucer’s Canterbury Tales, and which works equally well to describe Picasso’s output: “It is sufficient to say, according to the proverb, that here is God’s plenty.”

The catalogue is excellent as well, and can be purchased online from the MoMA Store (members get a nice discount). Amazon doesn’t have it just yet, but if you’re patient, it will be less expensive there when it goes on sale.

At 10:30 the rest of the museum opens up, the crowds come in, and the volume increases. No worries, there’s plenty more to see after you take your leave of Picasso. 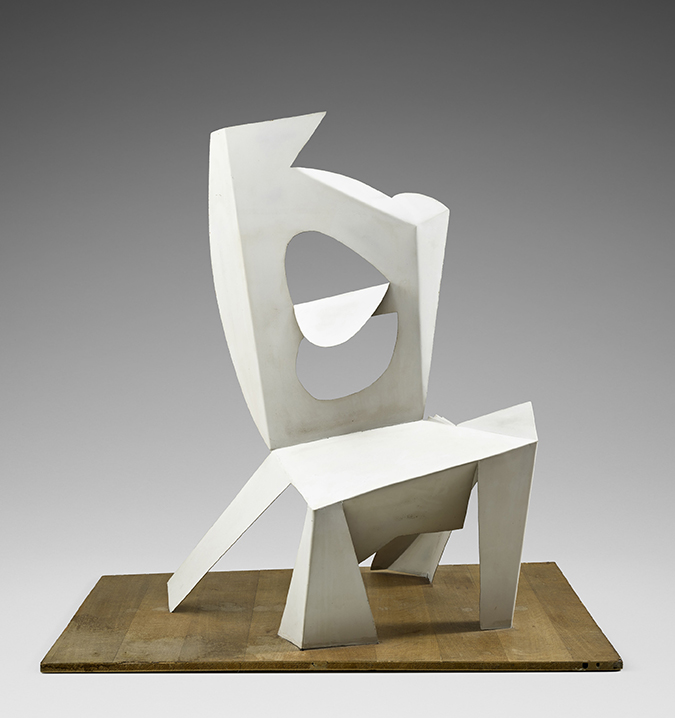 Transmissions: Art in Eastern Europe and Latin America, 1960–1980 explores parallels and connections among artists active in Latin America and Eastern Europe in the 1960s and 1970s, which is pretty interesting if you’re interested in 20th century history, political art, and /or the aesthetics of mass media.

I’m a big fan of Painting and Sculpture 1880s – 1940s, so I always check out the 5th floor when I’m there. And I enjoy the Sculpture Garden an awful lot (if the weather is agreeable).

The restaurant at MoMA, the Modern, is a very good, albeit expensive, place to go for lunch, and a fitting location to relax and contemplate art and life. (Part of the Danny Meyer restaurant empire, it’s recently been announced that tipping will be eliminated at the Modern in late November. The plan is to raise the prices to cover the cost of appropriately paying the staff, and a similar no-tipping policy will be introduced in his other restaurants over the next year or so. It could change the course of NYC restaurant culture…) 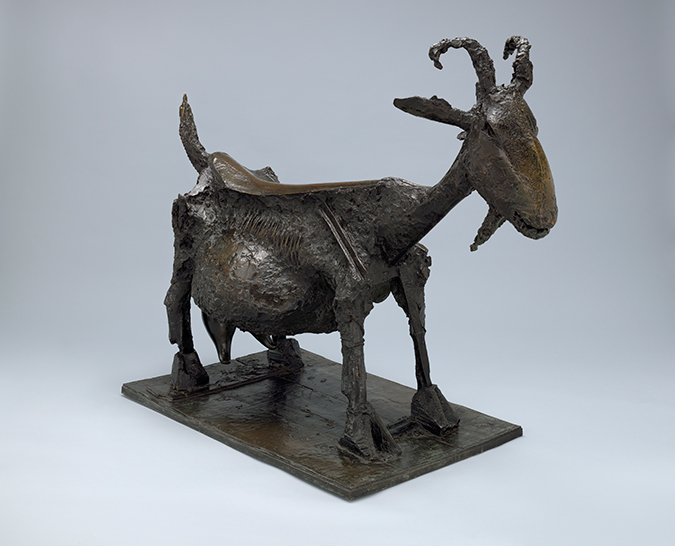 Images Courtesy of The Museum of Modern Art, New York