Let’s be honest regarding puppets for a second, shall we?

The entire concept of wriggling your hand and half your arm straight up the nether regions of a cute little doll and then playing God by manipulating their movements and making them talk is a little pervy, despite how enchanting shows like “Sesame Street” and “The Muppets” can be, right?

Well, “The Happytime Murders” tagline says: No Sesame. All Street. 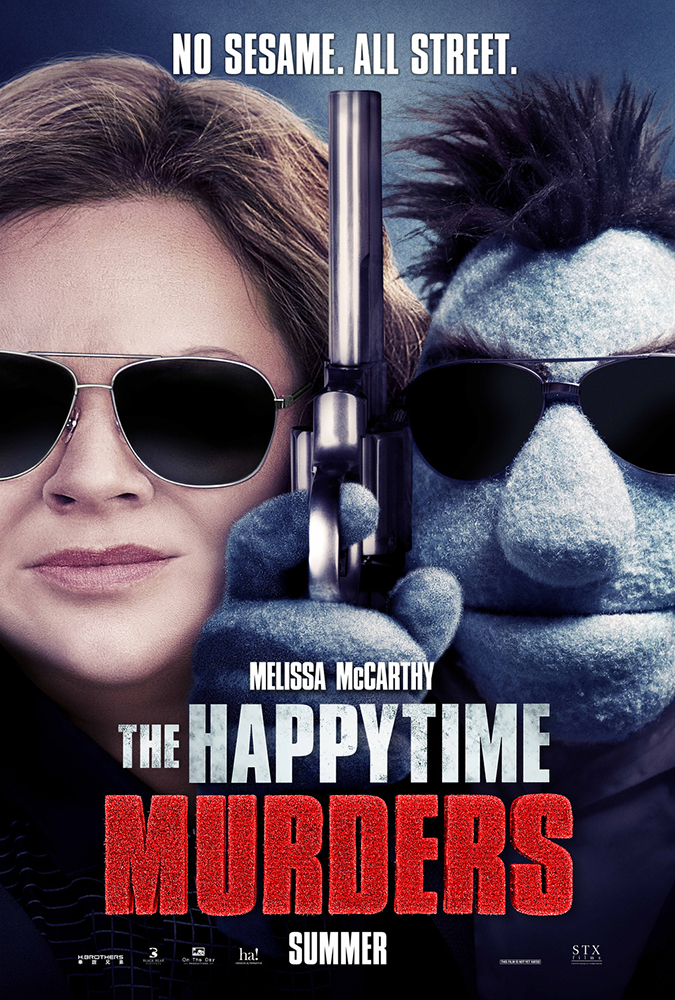 If we can have R-rated superhero films and cartoons, it’s about time we get a mainstream R-rated puppet show.

Sure, we’ve seen the sleazier side of puppets before in Peter Jackson’s “Meet the Feebles,” but we’ve never had a major distributor proclaim that this is the type of film that they’ve always wanted to make, as STX did at CinemaCon this past year.

Kudos to distributor STX, which is one letter away from SEX and STD. Of course “Happytime Murders” would hatch from their nest.

I do believe Jim Henson, the master puppeteer, would actually be very proud of his son, Brian Henson, who directs, having previously helmed “The Muppet Christmas Carol” and “Muppet Treasure Island.”

I mean, Brian grew up with puppets every second of his life—he knew the bathroom behavior and potty humor that likely kept the sanity of those involved with the serious business—and not to mention long days and nights—of playing with dolls.

Truth is, haven’t we all played with Barbies and action figures and “fooled” around–even if they weren’t anatomically correct? Speaking of that, have you seen that Barbie has recently added a line of “normal” looking dolls to their collection—they’re not all gams and boobs now. Progress, people…progress.

Seth Rogen and his cronies had some success finding an audience back in 2015 with their subversive animated R-rated supermarket romp, “Sausage Party.” Like “The Happytime Murders,” it was set in a genre that normally caters to kiddos and their families. Well guess what? People grow up. And I’m sure Brian Henson heard many, many, many pitches of adult-oriented Muppet movies through his lifetime. This was sort of his destiny.

If Jim were still alive today, he would have most certainly been onboard with this, too. He was always exploring new territories and pushing the envelope in the medium of art, as the brilliant Jim Henson career retrospective, The Jim Henson Exhibition: Imagination Unlimited, at the Skirball Cultural Center in Los Angeles can attest to. BTW—it runs through Sept. 2, so plan accordingly if you haven’t seen it yet.

You know, when you think about Disney’s “Who Framed Roger Rabbit?”—which I would compare “The Happytime Murders” to in scope and theme—it, too, was a dark turn dealing with sexuality, murder and breaking through what were traditionally family barriers. That’s no kiddie flick, even though the 1988 film is dressed up with a PG rating.

So, STX took it to the next level, going for an unrestricted restricted rating, and then making the casting choice that sealed the deal: Melissa McCarthy.

Adding McCarthy is pure gold, since her best comedy is off the cuff and often foul-mouthed; that’s when she really becomes an extension of ourselves—saying and doing the things we think about, but because of social etiquette, don’t always follow through with.

STX, as a company, has only had a handful of success stories, with only “Bad Moms” hitting the hallowed $100M mark. With $40M invested in “The Happytime Murders,” they desperately need this to overperform and play strong through Labor Day.

That might prove difficult, as reviews haven’t been kind, which is an understatement. It’s just 24% fresh on Rotten Tomatoes right now, many critics calling it a one-note joke.

No surprise there, considering most of McCarthy’s flicks are trounced by reviewers including “Identity Thief,” “Tammy,” “The Boss” and this summer’s “Life of the Party.” Despite that, each one has debuted with over $17M.

Maybe this is more for international audiences. I mean, check out the risque French posters. 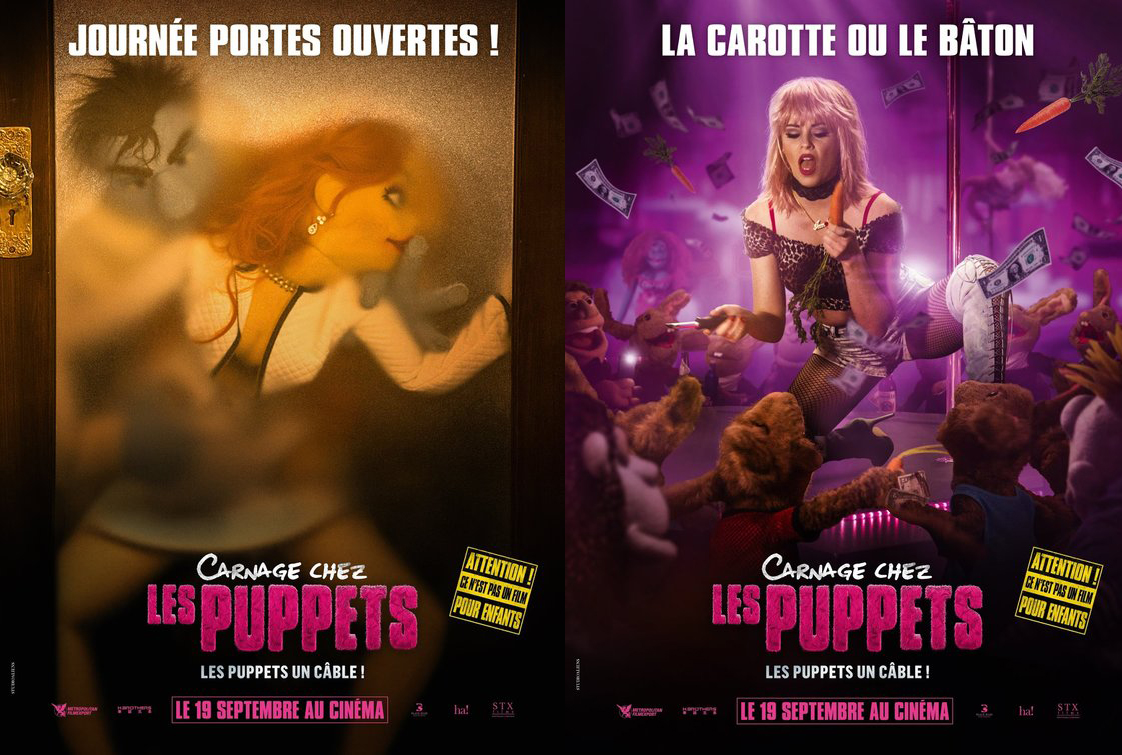 So , in 3,000+ theaters, “The Happytime Murders” might pull the right strings and hit #1, but it will have to score at least $18M or so with “Crazy Rich Asians” expected to be in the high-teens this weekend.

Sony’s “Sausage Party” launched with $34 M in mid-August 2016 and ended up hitting $140M globally on a $19M budget. “Happytime Murders” hopes to capitalize on the fact that “A.X.L” and “Papillion” are the only other films opening this weekend, and both look like typical August bottom feeders.

“Papillion” is a remake of the 1973 movie starring Steve McQueen and Dustin Hoffman, while Bleecker Street’s version stars Charlie Hunnam and Rami Malek.  In just 500 theaters and with mediocre reviews, expect this one to be quickly sentenced to a lifetime in Redbox jail, with no chance of parole.

“A.X.L” stands for Attack, Exploration, Logistics…and that’s all you need to know about this doggone sorry excuse for a theatrical release, which may be Global Road’s last, as they have just entered bankruptcy stage. Look for it to retrieve $3M, at best, as this dog was somehow booked in 1,500+ theaters.

Easy to see why Global Road is at the end of the road, considering they’ll have had three releases this summer—”Show Dogs,” “Hotel Artemis,” and “A.X.L”—some of the biggest misfires of the year in wide release.

Opening in exclusive release is Sony’s Sundance pickup, “Searching,” a thriller starring John Cho as a father desperately looking for his missing daughter via social media on his computer and phone. Solid reviews, and another Asian anchoring a film. Progress, people. 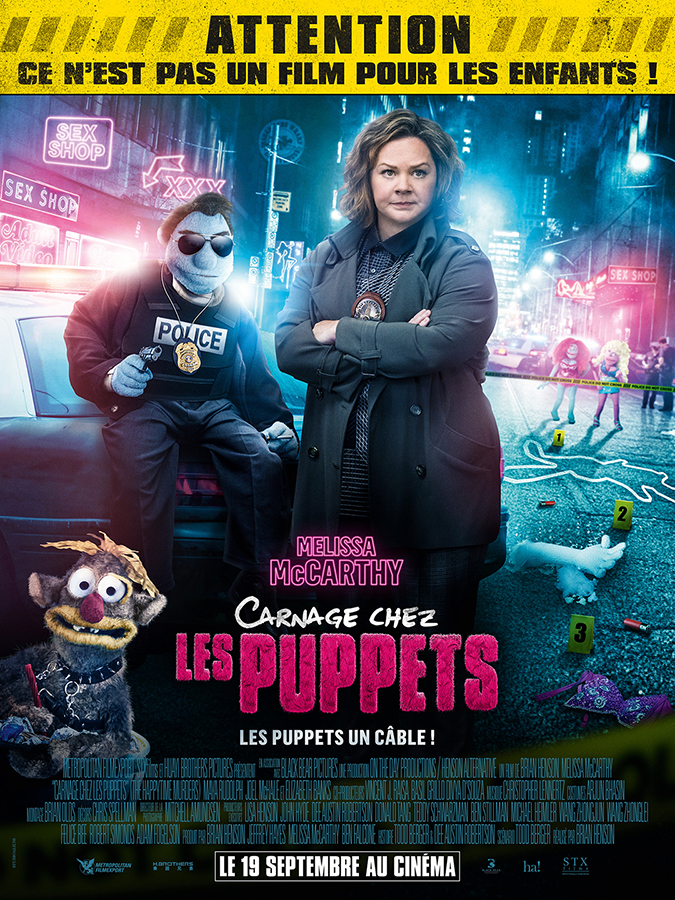