Because, let’s be honest, before that it was a nightmare scene with “The Punisher,” “Punisher: War Zone” and most recently, “Dredd,” performing downright dreadfully. Get a load of this: “War Zone” grossed just $10M worldwide and “Dredd” hit $35M globally. Poor, poor Lionsgate.

There have been glimmers of hope though, as 1994’s “The Crow” and the “Blade”  trilogy can attest to: those films all did respectable, although not overwhelming, business.

The spandex spin these days have anything under $100M in the superhero arena pretty much regarded as chump change by the studios. This genre is the flagship model of the modern event film.

And now, a battle-tested “Logan” struts in—the Wolverine threequel—promising a much more authentic look at the apocalyptic life of one of the X-Men’s greatest leaders. Bad-ass because he truly can be now, without the shackles of a PG-13 rating.

Way to go, Fox. Way to take it to the next level. Hey, they didn’t really have a choice in the matter, did they? I mean, with the X-Men franchise circling the drain in its current incarnation, they needed to shake it up or ship it back to Marvel.

“Logan” should do the trick, as Hugh Jackman’s last stand (supposedly) will continue to blaze the restricted trail in 4,000+ theaters, as it looks to drudge upwards of $70M in its debut.

That’d be a huge uptick from 2013’s sequel, “The Wolverine,” which opened with $53M, which isn’t bad, until you consider that its predecessor, “X-Men Origins: Wolverine,” clawed out $85M opening weekend.

It’s worth pointing out, however, that worldwide, “The Wolverine” actually topped “Origins” $414M to  $373M, and that very same international increase will be a huge factor with “Logan” as well.

Director James Mangold, who also helmed the last installment, returns with a $125M budget, which should easily be justified, as interest in a much more authentic version of Wolverine has really piqued hardcore fans once again.

If this is the future of X-Men, and I think it should be, Fox will have a monopoly on the edgier comic book adaptations, especially since Disney and Warner Bros. continue to play it relatively safe with the PG-13 variety.

Lionsgate is praying to the almighty lord above that their latest film, “The Shack,” lives up to the lofty sales of the faith-based book, which saw William P. Young’s yarn top the bestseller lists for quite some time.

The 2007 book was intended just for close family and friends, with Young making just over a dozen copies; however at the urging of close friends, he self-published, and the rest is history, as it sold over 10 million copies as of 2009.

Christian films are always tough to gauge, but its certainly safe to say “The Shack” crossed over into the mainstream.  Could surprise some folks with big numbers.

In 2,500+ venues expect around $14M for starters, possibly more, if reviews are solid and word of mouth is strong.

Open Road Films felt the hurt last weekend with “Collide” crashing and burning with just $1.5M in over 2,000+ theaters. Ouch. Yeee-OUCH. That’s the worst debut of the year, and they’re just getting started.

This week, they take a break from action and delve into the romantic teen thriller genre. Is that a genre? Sure. Why not. “Before I Fall” is cut from the same cloth as “Groundhogs Day” as the main character has to repeat her actions until she gets it right.

You know what Open Road needs to do? Repeat the ad sales…over and over…until audiences actually know that a film of theirs is arriving in theaters. Nobody knows about this film, and unfortunately, grosses will likely echo this sentiment.

In 2,300+ screens, don’t expect much more than $6M, unless, of course, the ever-fickle teen female audience decides to take a stand. It helps that it’s based on a well-received YA novel from 2010, but you know when the words “YA” are spoken these days, theater-owners cringe.

Now, I may have been a bit harsh when I reviewed the first “Alien: Covenant” trailer, but this one more than makes up for it. Sure, it’s no different than the last few Alien flicks, but with Ridley Scott at the helm, you know it’s the cream of the crap. That’s no misspell. It is what is it, and sometimes, a good crap is just what you need.

So, you’re still thinking that streaming entities like Netflix and Amazon aren’t trying to take over the movie business as we know it. Then please explain Will Smith’s latest endeavor, “Bright,” directed by David Ayer. You know, the guy who made $745 mil worldwide with last summer’s “Suicide Squad.”

Well, guess what? They have an $80M film streaming onto Netflix in December. That’s what. Oh, and did you also hear that Netflix is trying to distribute Scorsese’s latest, “The Irishman,” as well? Nope, things aren’t changing at all, are they?

Amazon’s Oscar wins for “Manchester By the Sea” is just the beginning, folks. It’s a whole new ballgame. 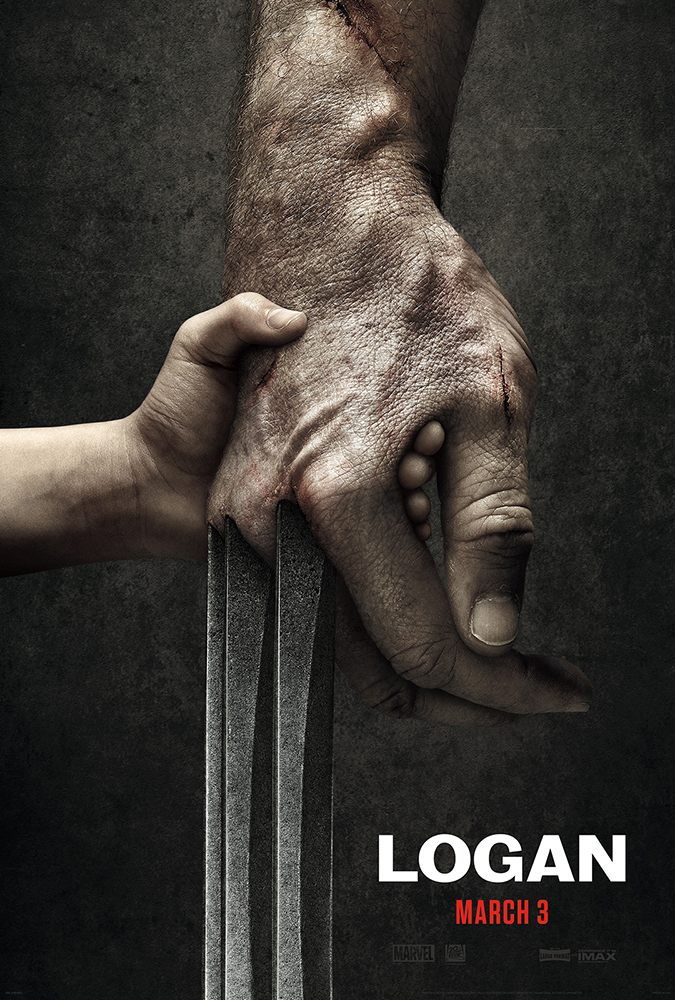