Chris Bell is a filmmaker who received great acclaim for his film “Bigger, Stronger, Faster,” a documentary that took a hard look at steroid usage.

Chris’ latest film “Prescription Thugs” premiered at the Tribeca Film Festival on April 18, 2015. This time around, Chris is focusing his lens on the dark side of prescription drugs while continuing the telling of his family’s story.

The NewsWhistle Q&A with Christopher Bell 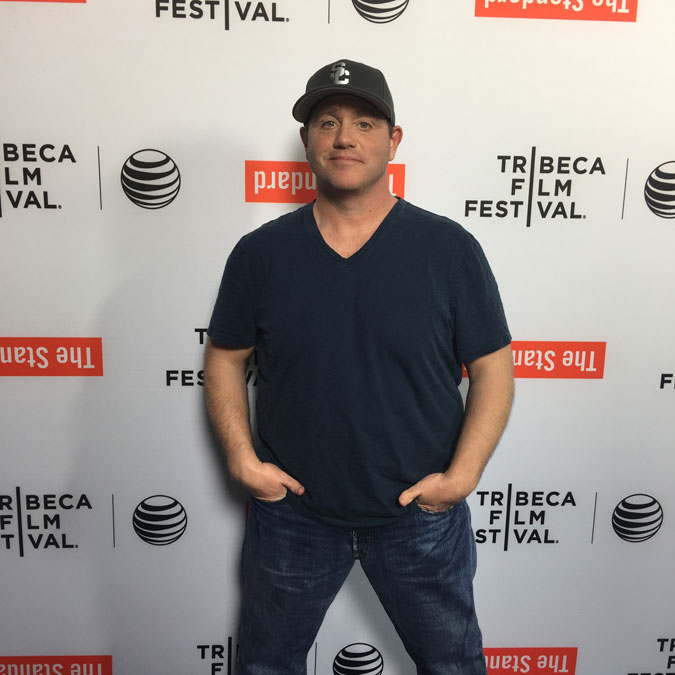 1. Why did you want to become a filmmaker?

I became a filmmaker because I can’t sing and dance. Hey, Yo!…That’s a line from ROCKY –  which was actually my inspiration for wanting to make films.  I always felt like the underdog, but I wanted to be the underdog that shocked the world.

2. There are a lot of films to make. Why did you choose to focus on steroid usage (Bigger, Stronger, Faster)?

They always say to write what you know.  Since I was 15 years old, I was always into lifting.  My brother Mad Dog led the way.  When I saw him squat 500 lbs, I thought I could squat 600 lbs.  Eventually I did.  However, somewhere along the line, my brothers started using steroids.  I always thought it was cheating, immoral and it was going to kill you.  I started out making a film that said that, but learned a lot more along my journey.

3. Why the need for a follow-up documentary?

It’s simple.  Doctors will tell you to not take steroids; don’t smoke pot; and then write you a prescription for something that if taken as directed also could kill you.  I think people need to know that just because a doctor gives you something, it doesn’t necessarily mean it’s safe.  The president of the CDC said when he came up in medical school that he was taught to treat pain with opiates.  He was also told the patient will not become addicted.  Every piece of literature that you pick up about medicine is funded by a pharmaceutical company.  Good luck getting unbiased information.

4. This is a tough question. But tell us about your brother. How would you like people to remember him?

I don’t think it’s a tough question at all.  Mad Dog was a soldier put here for a purpose.  He didn’t get to where he wanted in wrestling, however his story has touched so many lives in Bigger Stronger Faster.  It actually makes me smile when I think about him because he always lived life on his own terms.  He’d often tell people: “I disagree.”

When Mad Dog passed away, that type of thinking led my younger brother Smelly to become a millionaire.  While tragic, Mad Dog will never be forgotten.  He said, “I know there’s something inside me for the whole world to know, but I don’t know what it is.”  We know what it is – his pain, his suffering, and his strive to be the best is in all of us that want to succeed in life.  I remember my Dad calling me and said “I know what it is that Mad Dog needed to get out, and you’re going to get it out there in Prescription Thugs.” 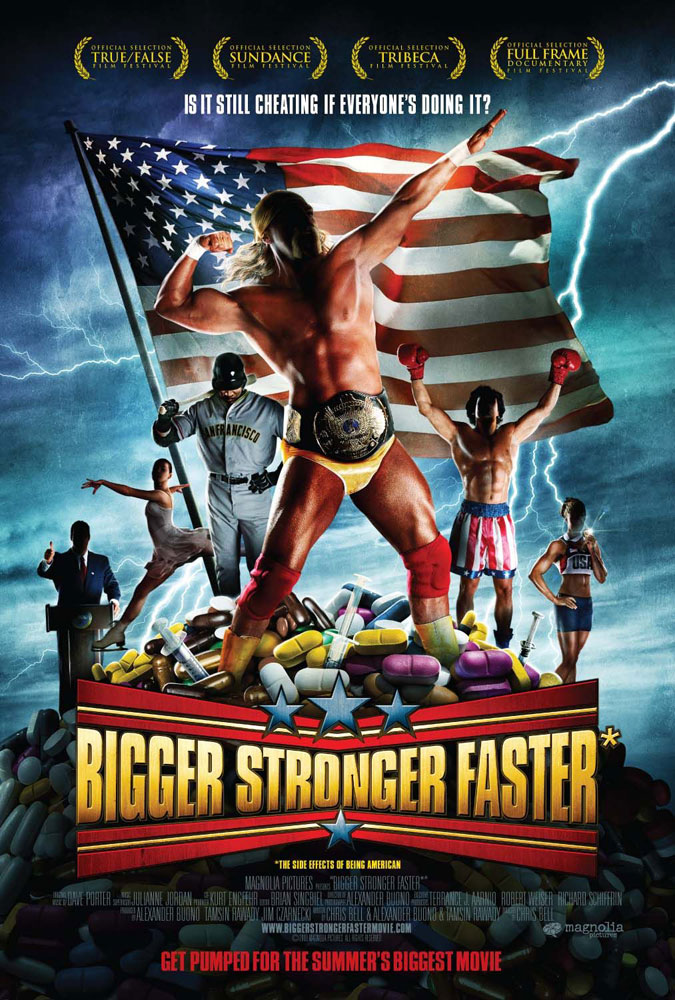 5. Can you tell us about your own addiction issues? How did you overcome them?

After double hip replacement surgery due to genetic arthritis, I got hooked on painkillers.  After a while, they don’t do anything so I was taking up to 20 percocet pills a day.  Then my doctor cut me off.  He said I didn’t need them anymore.  So I started buying them on the street.  I had some money from Bigger Stronger Faster and I blew it ALL on drugs.  I’d spend up to $1000 dollars a week on prescription drugs.  I was getting them from a friend at the gym.  He had his own issues, but would sell me his extras and upsell me to harder drugs without my even thinking about it.  “I’m out of Percocet, so how about Oxycontin or Phentanyl patches.”  They give Phentanyl patches to cancer patients who are dying.  I felt like an asshole taking them, but I took whatever I could get, until my dealer blew his brains out a few days before Christmas.  I knew I had to make a change and here’s where the idea for “Prescription Thugs” comes in.  I went to a doctor that put me on a drug called Suboxone to prevent withdrawals and allow me to get off the opiates.  Suboxone works, but I didn’t know it was a short term cure.  My doctor had me on it for 8 months.  It’s not covered by insurance.  My doctor visits were $150 monthly and the drug is $225 monthly.  I thought this is such a racket.  Insurance covers the shit out of the opiate painkillers, but not for something that will help me get off of them?

Fast forward a few years and I was drinking like a fish, because if I couldn’t have opiates, I could use alcohol to treat the pain.  Then I started drinking and taking Xanax that I’d buy off of Craigslist to help deal with the severe hangovers.  I don’t think I would’ve ever become an alcoholic, if it didn’t start with prescription drugs.  I was always a powerlifter and a gym guy.

I don’t want to ruin anything in the film, but I’d like to thank Richard Taite and Cliffside Malibu.  I had a life changing experience there.  Richard said to me “You’re not a bad person, you’re sick.  This is a behavioral issue and can be fixed.”  That one statement was so powerful, I went into the shower that night and cried for 3 hours straight about all of the shady stuff I’ve done and how I treated people.  The rest of the 87 days I was there, I was on cruise control.  Near the end of my stay Richard said to me “Is it harder to pick up a drink than to not pick up a drink?” and I said “It’d be impossible.” And he hugged me and said “You’re done here.” And I went on my way.

6. What advice would you give people facing addiction? Their families?

Don’t be afraid to confront addiction.  A big part of me getting sober was a phone call from my Dad.  I had to call and ask my parents for money.  My Dad said “You’re 40 years old and a drug addict or something, or else you wouldn’t need money.”  This obviously wasn’t the first time I’ve called them.  My girlfriend Lauren Pappas was very instrumental too.I met her and she’s such a sweet, beautiful person that I couldn’t mess it up.  She was the first person I told I had a problem.  It wasn’t fixed right away, but when she found me passed out one day, she called my brother Mark.  Mark and his wife Andee flew me to Sacramento the next day and got me into a treatment facility to detox.  Without my parents, Lauren, Mark, and Andee I may have ended up dead.  That’s why it’s important to just come out and say it.  I tell everyone now – “If you have a problem or even think you do, call me.”  I’m not experienced enough to help everyone myself, but I do know how to get help.  For those who can’t afford it, AA is free and cured millions of people of alcohol and drug dependency.  It may seem scary to walk into an AA meeting, but you’ll never meet a more loving, accepting group in the world.  The number one rule of AA is to not judge people.  I wish that was the number one rule of the whole world.

7. How bad are America’s addiction and prescription drug problems compared to other countries?

This is pretty simple.  We only represent 5% of the world’s population yet consume 75% of the world’s prescription drugs.  How can one of the most affluent countries in the world be one of the sickest?  Simple, we’re one of only two countries in the entire world that advertises directly to consumers.  Advertising is everything.  How do you think the movie studios get people to see Transformers 4 and break records? 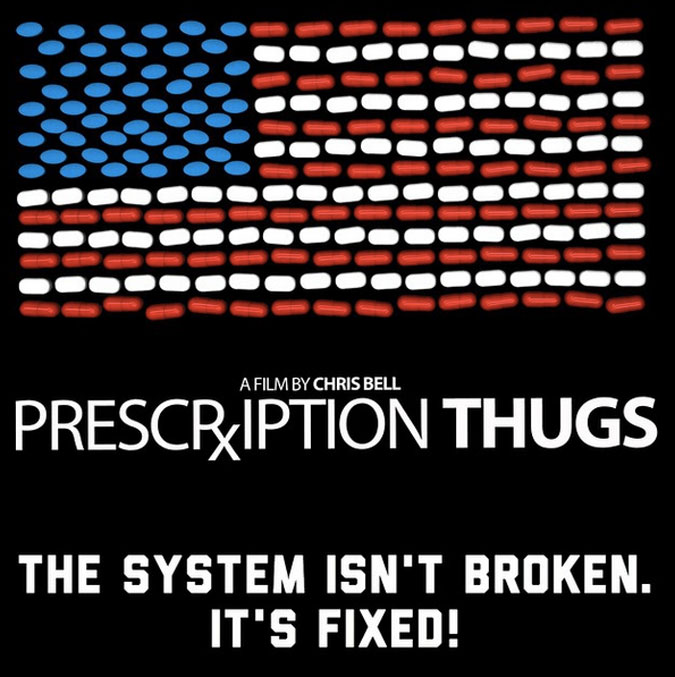 8. What is the root of these problems? When it comes to prescription drugs, is it really Big Pharma’s fault? What about education and personal responsibility?

At the root of these problems are 2 things:  Greed and our passion for a quick fix.  Yes it is Big Pharma’s fault. It’s the doctor’s fault. It’s our fault.  I think everyone is responsible, but why didn’t people from Big Pharma want to talk to me?  Why couldn’t the FDA answer simple questions?  Why did the DEA not return phone calls?  The DEA allows pharma companies to make up to 100 times the opiates that we need to medicate this country.  They have to know these drugs are getting to the streets.  Is there really a war on drugs?  They have to take responsibility for not policing the real drug problem.  The FDA approves these drugs, but allows studies that are detrimental to be covered up.  Big Pharma preys on our insecurities.  They have Brooke Shields promoting a drug that can improve the length of your eyelashes.  As consumers, we trust our doctors, but should we?  There are so many great doctors in this country that save lives everyday, but that doesn’t mean you can’t ask questions.  It’s the patient’s responsibility to ask questions if something seems off.

9. How can we solve these problems? They’ve been part of the public dialogue for decades. For some reason, the book/movie “Valley of the Dolls” and the song “Mother’s Little Helper” keep coming to mind.

Heath Ledger’s father is part of a campaign that will ensure people don’t doctor shop.  Every pharmacy in the country should be on the same system, but they are not.  My brother died and the only thing in his system were two drugs prescribed by two different doctors and bought at 2 different pharmacies.  Was the result of that fatal?  We’re not really sure, as his death was just ruled an accident. But he did have fatal levels of potassium which are indicated in use of one of those drugs.  If we can limit the way people get these drugs, that will help, but not solve the problem.  People will get drugs by any means necessary.  I think a growing education of what certain drugs do will help the most.  The more people realize that OxyContin and Vicodin have the same make up as heroin and Adderal has the same make up as speed and cocaine, then I think we can go a long way in curbing the use of these drugs among kids.  That’s where it all starts- education for kids.  I never learned about opiate addiction in my middle school health class, but it’s about time that kids did.

10. Can America learn from any other countries when it comes to prescription drugs and addiction treatment/prevention?

To be honest, I didn’t look into other countries as much, but what I did learn is that many other cultures use natural cures and things from the earth to heal the body.  They don’t eat as many processed foods which goes a long way into not being sick in the first place.  My wish is that people walk away from this film with a sense of freedom – freedom from drugs that they don’t need.

Lipitor is one of the worst drugs in the world.  But, back to steroids for a second here.  Testosterone is made from cholesterol.  You need cholesterol. So to rob your body of it deprives it’s own natural testosterone production.  That’s a huge risk for having a heart attack.

11. Is there anything else that you’d like to add, promote or discuss?