A Disturbance In The Force

Christmas at the cinema is an embarrassment of riches this year, as six new wide releases are being delivered to audiences, although none will come close to knocking “The Last Jedi” off its box office perch, as it debuted with $220M this past weekend domestically and $450M worldwide.

Those numbers are second only to, you guessed it, “Star Wars: The Force Awakens,” which debuted with $247M two years ago. While critics and audiences are a bit more polarized this time around in terms of the path of the force, there is no doubt Disney’s latest edition is a box office smash, albeit one that is more of a video game than something that will create evergreen nostalgia.

For all its rock ‘em, sock ‘em action, it’s a product of this time and place—more eye-candy than substance, as the characters are merely cardboard cut-outs designed to sell merchandise, and in that regard, Disney has succeeded.

Truth is, they’re not wrong for making a film like this, not from a financial position. One only has to look at the fact that Warner’s “Blade Runner 2049,” a dark and brooding sci-fi noir film, hasn’t even cracked $100M in North America, something “The Last Jedi” did in a single day. To steal a line I first saw posted on Twitter by USA Today’s Brian Truitt: That’ll do, Porg, that’ll do.

Still, I can’t help but wonder what an installment helmed by a master of the movie camera like Guillermo del Toro would look like. His beautiful, and indeed timeless film, “The Shape of Water,” features a creature that is leaps and bounds more interesting than any of the hundreds of aliens featured in the latest “Star Wars.”

And even though del Toro’s creature doesn’t speak a word, he says and conveys much more meaning than any of the one-dimensional “Last Jedi” humanoids.  A sprinkling of subtlety is something that would serve “Star Wars” well moving forward; otherwise we won’t see another $200M+ debut in the future.

That’s the power of focusing on a few characters, like George Lucas did with the original films, keeping a direct line on Luke, Leia, and Han Solo. The new series started off decently with Rey in “Force Awakens,” but the addition of Poe and Finn, who really don’t have much to do except serve as action figure fodder, and then also trying to balance Luke, Leia, and Kylo Ren, as well as bringing in characters like Rose, Laura Dern, and Snoke, proves to be a manic form of filmmaking that eschews backstory for one-liners, rebooted fortune cookie wisdom, and cheap thrills.

And when you dig deep (you don’t have to go very deep here, folks) at the actual story lines they are outright plagiarism of the original trilogy and even Lucas’ prequels. Guess that’s why Disney bought it—to repackage the galaxy ad infinitum.

The secret to truly great, magical stories that stand the test of time is constructing something—usually from nothing—that you can then look back on with nostalgia; with the latest “Star Wars” trilogy, Disney slaps you in the face with nostalgia by placing it on the very top, without the necessary foundation to support it. In time, that will be its undoing, as these new films will only be remembered for Porgs and a misguided, nihilistic assault on the Tao of Star Wars.

Oh, and guess what? People got paid to come up with these story beats. Lucasfilm should have just trolled “Star Wars” fansites if they were hard up for material, since imagination runs rampant there. What we were given is a bunch of unsatisfying non-answers and to top that off, a whiny goth kid with a pissy attitude killed off both Han and Luke. Unacceptable. The fans that truly love “Star Wars” deserve more. That’s why audience reaction is bordering on upheaval with “The Last Jedi,” or as many have been calling it: “The Least Jedi.”

Shame on Disney and Lucasfilm for ripping off everything that came before, and not investing in the core of creativity—there’s an entire galaxy, an entire universe, to explore. Heck, there’s even a magnificent trilogy of books, Timothy Zahn’s “Heir to the Empire,” to mine from. Funny thing is, Disney rewards nuance and originality with Pixar and Marvel, so I’m not sure what the issue is with “Star Wars.” Money does strange things to people.

Overall, and a lot of people have mentioned this, it seems to me that they’re taking the safe route, and that’s never a pathway to achieve greatness. Sure, there’s an outside chance you may fail, but let it be big…let it be spectacular. There’s no chance of “Star Wars” achieving that mark, nor will they find story Zen, until the powers-that-be truly unleash the force by giving up think-tank creative control.

If you can’t be pleased with six new wide releases, the expansion of indie films like “The Shape of Water,” “Call Me By Your Name,” “I, Tonya,” and “Darkest Hour” and the exclusive bow of Spielberg’s latest, “The Post,” and Paul Thomas Anderson’s “Phantom Thread,” then you just can’t be pleased. And on top of that, you’re probably a philistine and/or a curmudgeon.

For the rest of us, it’s a joyous affair as theatres are finally binge-worthy again—packed to the dark corners with popcorn and prestige pics. What a time and place to have MoviePass! It’s the gift that keeps on giving, Clark.

A threequel, a musical, a reboot, an R-rated comedy, a drama and a dramedy. Honestly, what more could you ask for?

“Pitch Perfect 3” should have the upper hand, but don’t expect “Jumanji: Welcome to the Jungle” to take a back seat, as family entertainment is of the utmost importance this time of year–just ask the trilogy that is “Night at the Museum” or the quadrilogy that is “Alvin and the Chipmunks.”

Somewhere down the line will be “The Greatest Showman,” “Downsizing,” “Father Figures,” and “All the Money in the World.” However, each of them fill a demographic niche that will likely see them all being somewhat successful on their own terms.

Only “Father Figures” runs the risk of truly being a box office bottom feeder, once titled “Bastards” and going by “Who’s Your Daddy?” in the UK. Talk about an identity crisis. Could spell trouble as the Ed Helms/Owen Wilson starrer was supposed to be released a year ago. That’s never a good sign.

Ridley Scott did the impossible: He blotted out Kevin Spacey from his film in just a few weeks, and the new version with Christopher Plummer is ready to go. Pretty amazing that he and Fox pulled this off after Spacey’s name became mud after countless sexual misconduct allegations. While it may not be a huge box office success, the story of the film itself is one that will go down in infamy, for the very fact that absolutely no one is above deplorable behavior. Well, except maybe Trump…for now.

Now if only they could only replace Bill in all the Cosby Show episodes. Kevin Hart, perhaps? Chris Rock? Dave Chappelle? Heck, I’d even settle for Orlando Jones at this point. Miss that show. Miss those sweaters.

Now, “Jumanji” was never really a classic film, not like “Ghostbusters” was, so Sony, who just can’t stop with the reboots, might actually have something on their hands that’s worthwhile here, as they do have two of the biggest stars in the world right now—Dwayne Johnson and Kevin Hart (sorry Jack Black and that girl that’s in it)—and that alone should make it a success, as you can only go to “The Last Jedi” so many times. Look for “Jumanji” to have a long run, even if it doesn’t open to fantastic numbers.

Produced for under $100M, Sony’s PG-13 will have no problem passing that mark domestically, and should have an even bigger go of it overseas. Hey, if at first you don’t succeed, reboot again and again and again. Eventually, even monkeys could have written “2001: A Space Odyssey,” I mean, well, maybe that’s stretching the logic a bit, but definitely “Valerian.”

And the rulers of the newbie box office crew: The Bellas of Pitch Perfect 3. The bellas of the ball, as it were. In 2012, “Pitch Perfect” became a sleeper success, hitting a high note of $115M worldwide, while the sequel went even higher with $287M.

Universal’s penchant for attempting to cash in on sequels is no secret in the industry, so is it any wonder there’s a third film, even though the girls are far removed from college these days?  No matter. These chicks still have swagger, even if it is on the downswing.

Both “Downsizing” and “The Greatest Showman” will be fighting for box office scraps this weekend, but both should have viable playability through the holiday corridor, which is the most lucrative of the year.

Alexander Payne (“The Descendants,” “Nebraska,” “Sideways”) is always good for a intelligent yarn, but the bad press circling Matt Damon lately may hurt Paramount’s R-rated film a bit. The nearly $70M film didn’t come cheap either, so the studio better hope it’s as good as the trailer is. And so far, it’s not looking that way, as reviews haven’t been kind–something dramas desperately need this time of year to survive in theaters.

Under that same bigtop is Hugh Jackman’s latest, which isn’t getting many standing ovations, either.  The $85M production better hope that fans just don’t care and are really in the mood to sing and dance in the aisles. Otherwise, this one will exit stage left in a hurry.

Spielberg throws his hat into the awards ring with “The Post,” as it releases exclusively in nine theaters. However, will the Academy reward a film that is very similar to “Spotlight,” which won Best Picture just two years ago? It’s a fairly wide-open race this year, so anything is possible.

P.T. Anderson is usually a contender in every category when it comes to his films. However, as evident from the Golden Globes gimmie nominations, of which “Phantom Thread” only received two—Best Actor for Daniel Day-Lewis and Best Original Score—it seems his latest will underwhelm on the awards circuit and may be in for hard times at the box office, too, much like his last film, “The Master.” Still, probably worth checking out, if only for the exclusive “Phantom Thread” sewing kit given out on opening night. Oh, wait…this isn’t a sequel to “Phantom Menace?” My bad. 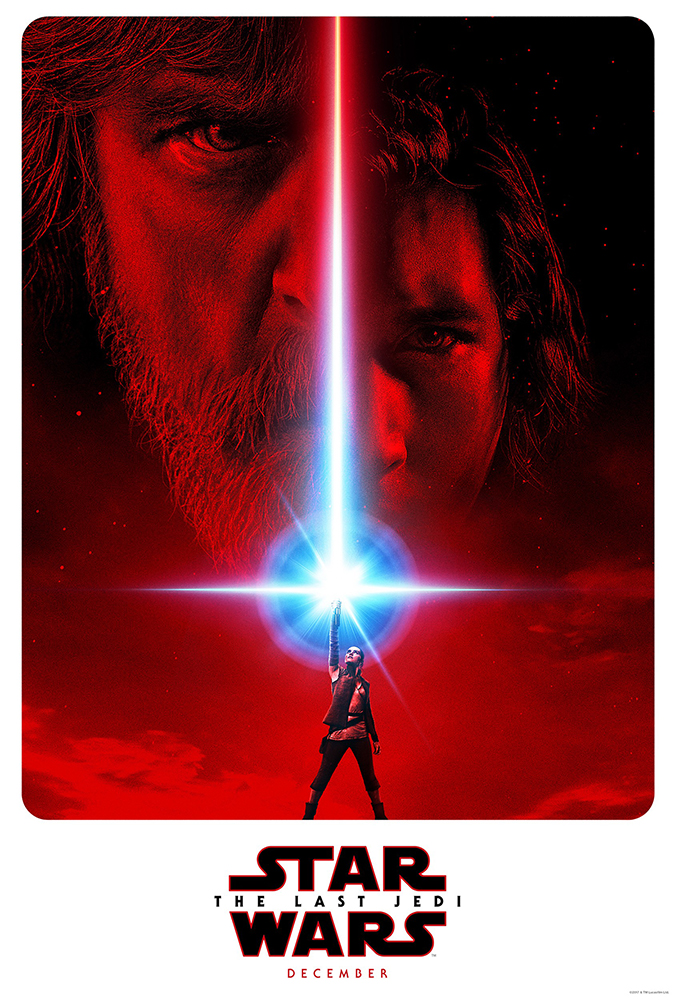