The Hamptons Jewelry Show, debuting this week (August 2nd to 5th) in Southampton, New York, is the brainchild of Executive Director Rick Friedman. For the past 14 years, Rick has helped to pioneer “art collecting and interior design in the Hamptons,” creating and producing both the popular Art Hamptons fair and the Hamptons Contemporary Design and Decor Show. Now he turns his attention to jewelry collecting, which he calls “the new sport of the Hamptons.”

Rick is a serial and seasoned entrepreneur. During the 1990s, he pioneered advanced software technology through his computer-oriented magazines, journals, conferences, books, and trade shows. SIGS Publications became one of INC Magazines’ fastest growing businesses in America during that era, with offices in five countries. After selling that business, Rick focused on pioneering digital video in 2001 to 2005, producing The Digital Video Show, which was attended by tens of thousands in LA, NYC, and Chicago. He ultimately acquired LA’s venerable ShowBiz Expo, from Variety magazine, the largest production/post conference/trade show for filmmakers in the world (18,000 filmmakers and 250 exhibitors).

A colorful entrepreneur, Rick has also been involved in other entertaining ventures in the late 1970s to 1980s. He pioneered the sport of volleyball, which culminated in gaining the production rights to the USA Volleyball Team, (men and women’s programs) playing at Madison Square Garden and a major nation tour (Volleyball Across America). During the late seventies, as member of the marketing team of both Studio 54 and Regine’s nightclubs, he also created, produced, and was MC of a series of disco dance contests that served as the foundation of the popular syndicated TV show, Dance Fever.

Rick is a philanthropist, an avid collector of Abstract Expressionist art, fine designed objects, and baseball Hall of Fame memorabilia. He is a past member of both the YPO and WPO. He resides in Southampton. 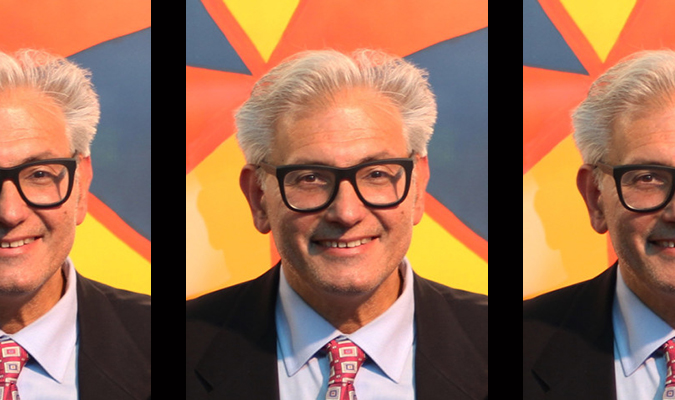 1. How and when did you first realize you wanted to work in your current industry?

After running Art Hamptons for nearly a decade, and the national series of art fairs, and then dabbling in design and decor fairs, I realized the Hamptons needed something new. Instead of the “same old, same old” the Hamptons needed something fresh, innovative, attendee-benefitting, and stylish. My vision was that of a world-respected, top-tier international jewelry show. So, I recruited Sag Harbors jewelry expert with 40 years of experience, Eleni Prieston, and we hit the phones, and the road.

I have had many, in several diverse industries, and even between retiring three times. My biggest success was creating and running SIGS publications in 1989. We pioneered advanced software technology around the world with magazines, journals, books, conferences, and expos for readers and participants in 150 countries, and offices in 5 countries. We became one of the fastest growing privately owned businesses in the nation in mid-1990s, fueled by the writings and teaching support of many of Silicon Valley’s most brilliant inventors of the era, including Steve Jobs and Bill Gates. I sold it in 2000 and retired.

Meeting with many jewelry company owners in early 2018 whom were frustrated with the lack of places to sell their goods and looking for new ways to sell their product than the traditional retail store channel. So, we created a new approach “direct to the affluent public channel,” and five months later, we now have 80 elite dealers, from eight countries and 14 states coming to the Hamptons Jewelry Show to experiment with this new business model.  Our show director, Eleni Prieston, calls it “a disruptive show” for the industry, as we break through standard and traditional wholesale and retail store sales mediums.

4. How would you describe your business style?

I learned a lot in Silicon Valley in those go-go years. I like to do projects that were never done prior, to blaze new trials. It is more challenging and rewarding. Let’s get great players and give them playing time and room to excel. Winning and innovation is fun and contagious. As we said in Silicon Valley, “the best way to predict the future is to invent it.”

I spend a lot of my time at the office, but not enough in the gym, unfortunately.

a. Major art auctions in NYC;

b. Whenever the Mets play, and the Yankees;

c. Thanksgiving holiday with my family – as I have a lot to be thankful for.

Courtesy of The Hamptons Jewelry Show

7. What are your three favorite restaurants?

Cindy Lou Wakefield and I eat in these days, but we order in from

8. What has been your best New York moment? What about the worst?

I love NYC, but I’ll share my best moment in Baltimore, Maryland. I was visiting for a convention and saw a huge 30-foot statue of the Baltimore Orioles greatest third baseman, and Hall of Fame great, Brooks Robinson fielding a ground ball. While the statue was an iron patina color, his glove was painted bright gold so you could see it from 10 blocks away. I admired the huge sculpture closely when I realized I had that very same glove he wore in that sculpture in my personal Hall of Fame baseball collection.

My worst NYC moment is getting a ticket every time I venture into the Big Apple. Thank God for the Hampton Jitney.

c. Movie – I enjoy very clever spoofs and obscure films like Albert Brooks in Lost in America, Peter Sellers in After the Fox, and Danny Devito in Get Shorty.;

d. Must-Reads – The New York Times, Boston Globe and The Huffington Post; and

e. TV show –  Billions, The Affair, and anything shot in the Hamptons. Bravo’s Royal Pains, which devoted one episode’s story line to the ArtHamptons, with us in a cameo.

10. Name your favorite vacation spot, and the hotel you stay at while there. What makes these spots special?

In Paris, Hotel Le Cinq Codet is a hidden gem. In Cannes, Hotel Barrière Le Majestic Cannes is on the strip, facing the beach. The wonderful Fairmont Monte Carlo in Monaco. I recently flew to the Côte d’Azur, as I lent my Picasso painting to the National Museum of Picasso Paris, and the Louvre, who were recognizing Picasso’s pottery painting, 1948-55, with a museum show which opened in Vallauris, France.

11. What are your three most played songs?

Anything played in the spin class that I attend three times a week.

12. What are three items you couldn’t live without?

13. If you could meet anyone in the world, who would it be and why?

I would really like to have a dinner with my idol as a kid, baseball great Willie Mays. Call me simple.

14. What is something people might not know about you?

I tried out for four major league baseball clubs as a shortstop. I created and emceed the dance contests at Regine’s where Warhol was my celebrity judge and became the original concept for popular syndicated TV show Dance Fever. I used to own the rights to the USA Women’s Volleyball Team. I created promotional parties at Studio 54 with Steve Rubell. I used to own the largest filmmaker trade show in the world, Showbiz Expo, in Los Angeles with 17,000 filmmakers and 250 exhibitors. I own one of the most important Hall Of Fame baseball memorabilia collections in the nation. I have 300 museum-quality paintings which includes six Jackson Pollocks, a major American painter. I will be staging several museum shows from my collection. Lastly, I am the longstanding member of the Young Presidents Organization.

15. When did you feel like you had “made it” professionally?

With the Hamptons Jewelry Show – assembling a world class selection of $30 million in fine jewelry and art treasures in an inaugural show after just five months is not an easy feat. Assembling such renowned jewelry designers and goldsmiths in one room and creating the new mecca for jewelry acquisition in the Hamptons in the “canvas Cathedral of beauty and style” and ultimately making jewelry shopping, the new sport of the Hamptons…after all, there is no such thing as too much bling.

Courtesy of The Hamptons Jewelry Show

16. Do you have any advice for those aspiring to work in your industry?

Niche or be niched; if you’re going to start a business start a niche business.

17. What changes do you think your industry will undergo in the next 5-10 years?

In jewelry, a series of fine jewelry upscale fairs that offer a direct to the public sale channel in the major luxury markets across the nation, and world. Where everyone wins, the designer and the fairgoer.

Check your credit card’s spending limit, before you enter the Hamptons Jewelry Show, August 2nd to the 5th, 2018.

Images Courtesy of Rick Friedman and The Hamptons Jewelry Show