Back in the mid 1990s, I attended Soul Asylum concert in which Vic Chestnutt  was opening.

While he was performed his quiet set, someone yelled out, “LOUD FAST RULES”!  Vic cocked his head, flashed a knowing smirk, and calmly responded, “slow and quiet kicks ass.”

Duluth, Minnesota’s Low have lived that life since 1993.

Abrasive. Loud. Bombastic… Also appropriate (with all due respect to the late Mr. Chestnutt).

On September 11th, Low will release Ones and Sixes on SubPop Records. You can also pre-order it from iTunes and Amazon.

I reviewed a band called Ancient Warfare a week or so ago, and they describe their sound as “Southern gothic/drone rock.” Low, having defined the “slowcore” (a term the band hates) subgenre for better or for worse going on 23 years, and no stranger to drone, is a very Nordic counterpart to their Southern musical companions.

If you have been paying attention to Low for the past couple of years, Ones and Sixes is a logical extension of what the band has been building since 2005’s The Great Destroyer.

There is the electronic percussion of Drums and Guns, some of the grind from The Great Destroyer, the sad lullabies of C’mon… Ones and Sixes is gorgeous. Here are three tracks from it…

The album opens with “Gentle,” and it is aptly named. Alan and Mimi’s voices, as usual, bend and flex together as only two voices who know each other as well as themselves can. The buzzing electronics feel slightly broken, making the sentiment, “It doesn’t have to end this way, but this is where we stand” even more poignant.

“No Comprende” is the first of the Spanish-themed titles, and it is miles and miles more ominous than the opener. Less harmony between Alan and Mimi, and more call and response; conversational. It is used to brilliant effect. The middle instrumental breakdown is perhaps the slowest, ghostliest centerpiece in rock and roll history. 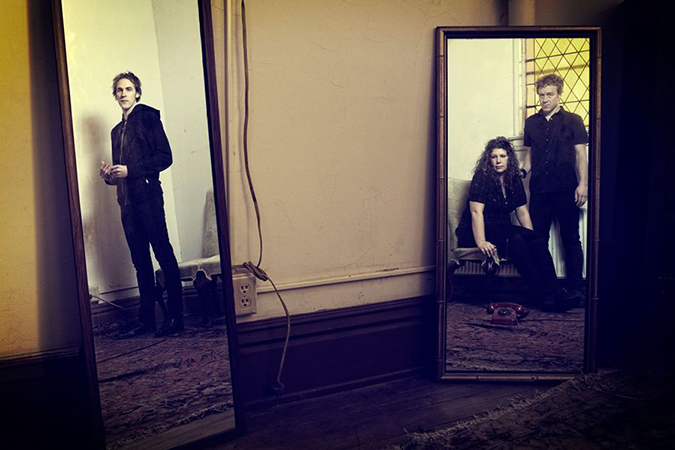 “Spanish Translation” dials back the dread, and opens up the box of lilt that Low keeps with it at all times. There are moments that are so quiet that the song is almost not there. It’s like falling asleep after an emotionally difficult day, taking a long time, and forgetting to discern between sleep and wake.

“Naked and dim as an echo…” Low has hypnotized you.

The percussion on “Congregation” immediately reminded me of a Wes Anderson soundtrack put together by by Mark Mothersbaugh. Mimi is front and center on vocals: lead and backing. The track ends with some great guitar feedback pushed way back in the mix.

The band hits a fully organic note on “No End.” There’s no burbling drum machine or spare-to-spectral aesthetic. It is a full track that should be blasted out of car windows traveling very slowly down dark roads in the middle of a Minnesota January.

Ones and Sixes switches back to minimalist mode on “Into You.” Through the quiet of the music there is buzzing that is slightly unnerving, and when Mimi sings, “time to be so frail” you feel it. The song is barely there, but you are absolutely glued to your headphones.

Is “What Part of Me” the single? Probably. It should be. It is a gently propulsive rock and roll number, sung in, as always, perfect harmony. There is a nice background melody, and you sort of want to d-d-dance.

The menace creeps back into the album as “The Innocents” staggers its way into your eardrums. When Alan and Mimi sing, “All you innocents, make a run for it. All you innocents might be done for it” you had better take a look behind you. Just to be sure.

The guitar on “Kid in the Corner” has a vaguely 80s vibe to it, and dammit if it doesn’t work. It’s nervy and tense, and it really doesn’t let up.

“Lies” is a majestic piece that ruminates on getting to what you really want instead of making up, well, lies. Rarely is Low so straightforward, lyrically. If they were like it all the time, it would be annoying. They wouldn’t be Low. When they slip into it occasionally, though, it is actually refreshing.

Ones and Sixes has been building to the 10 minute “Landslide,” and it sounds every bit its name. It is a slow, stuttering avalanche that isn’t in a hurry to come crashing down the mountain. When it does, though, it does. With volume. The band slips back into the shadows of the song in the middle until it starts in again with a very noisy finish. It is 10 minutes well spent.

Lately, I feel like I review albums in which the penultimate song feels like it should be the last track. I should go back and check. Ones and Sixes is one of those albums. “Landslide” is such a BIG track, it feels so final.

But Low isn’t done with you just yet.

“DJ” spells it out for you. I’ve said it before, and I will say it again: I love finding “mission statement” songs on albums.

“You want it all without the consequence. You want religion. You want assurance. Resurrection, some kind of purpose. It’s not what you say, it’s what you take back. I ain’t your DJ, you’ve got to shake that.”

Low just isn’t interested in the easy answers. They find their mojo in asking the difficult questions. As a band, they don’t want to spoon feed their audience what they want. You might want to hear something that helps you sleep better at night, but whether in concert (worth a read, if only for context/proof) or in their 22 year recorded catalog, Low doesn’t care.

It’s not that they think they are better than their audience. No. But this is art, and it always has been. Not necessarily easy, but is it such a bad thing to challenge others and be challenged yourself?

We know Low’s take on it.