In NewsWhistle’s fashionable question-and-answer series, Clara Morgan speaks with some of her favorite influencers and finds out more about their lives and careers.

Houston native Imaní Scott is an up-and-coming singer-songwriter whose bold, soulful vocals — along with her artful blend of R&B, pop, hip hop and funk sounds — are captivating audiences.

Scott aspires to uplift every listener, substituting artificial sound for live instrumentation. And her work ethic has taken her from singing inside makeshift sound booths in closets to laying down tracks for industry heavy hitters in multi-million dollar recording studios.

The Houston-bred songstress dropped her debut LP “The Introduction” including crowd anthems, “All Over Again” and “Get Litty,” to fulfill one purpose–bringing back happiness to music. 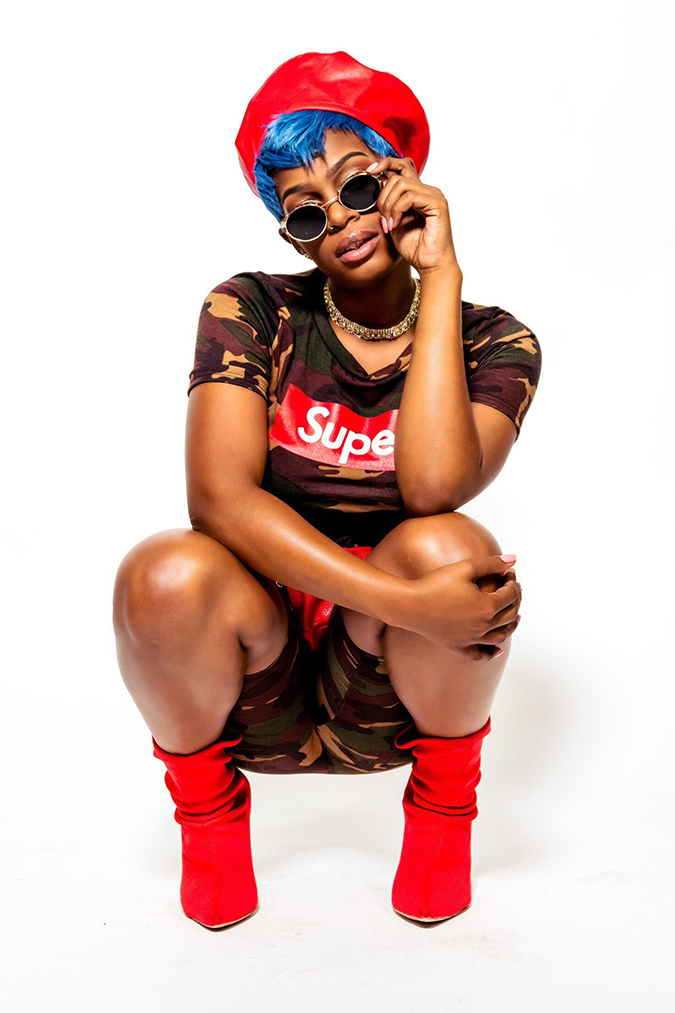 1. How and when did you first realize you wanted to work in your current industry?

Sophomore year in college I remember asking my mom to pay for my ticket to Orlando, Florida. She thought it was for a “Turn Up” since it was during spring break. However, it was for me to get in the studio with my cousins Kool and Feek who were studying Audio Engineering at Full Sail University.  After hearing the song play back for the first time, I fell in love, even though I recorded in a closet.

I opened up for Wyclef Jean on March 23, 2018 in San Francisco, California, for the Carnivale Tour presented by Tastemaker Live & Sean Healy. The experience was exhilarating to perform alongside an established musician at his level with his influence. Wyclef almost sold out the venue, so it was the biggest crowd I ever performed for.

Wyclef was humble and chill, just as I expected! There was great energy in every room he walked in and he kindly took pictures with most his fans. He watched my set and enjoyed it. There were no bad vibes and he was easy to talk to. His status didn’t change our interaction.

4. How would you describe your personal style?

My style is funky, cool, and swift. As you can see by my bright blue hair, I love color! Prints and pieces the average person are afraid of, I rock!

Okay, here we go… First, I roll over and check my phone, do the essentials (brush teeth, shower, etc.) hit the gym, go home make a smoothie, shower, head to the BDM (Blue Diamond Music) headquarters and handle all the business aspects of my career, head to rehearsals/vocal lessons, then end it off in the comfort of my bed!

7. What are your three favorite locations in the city you reside in?

8. What are your three favorite restaurants? 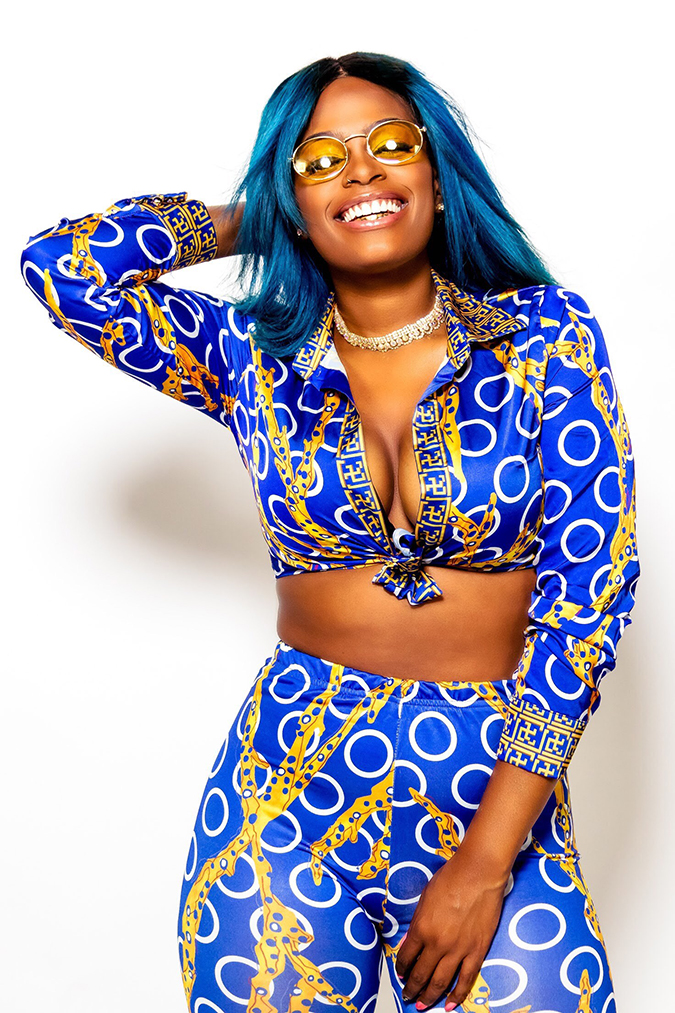 9. What about your three favorite bars?

Front Deck Bar & Grill is the only bar I go to on a regular basis, due to its chill vibe and great food! When you have a favorite spot that gives you everything you need, why change it up?

I must admit though, my friend works there, and she serves me these incredible fried mushrooms with this really unique sauce. My friend also makes the best lemon drop cocktail.

10. What has been your best New York moment? What about the worst?

Best moment was during Grammy weekend 2018. I had a chance to perform with Jamie Foxx at his pop-up shop. There was a live horn section and Jamie was playing the keys. IT WAS LIFE!!!!!

Worst moment happened that same weekend when we almost missed our flight because the Lyft driver couldn’t find us, and on top of that – NYC traffic!

12. Name your favorite vacation spot, and the hotel you stay at while there. What makes these spots special?

Honestly, I haven’t had a vacation since my daddy took me to Disney World when I was around 9 or 11 years old. I would love to take a trip and stay at a beautiful resort, but I don’t feel as if I deserve a vacation at this point in my life. I have work to do!

13. What are your three most played songs? 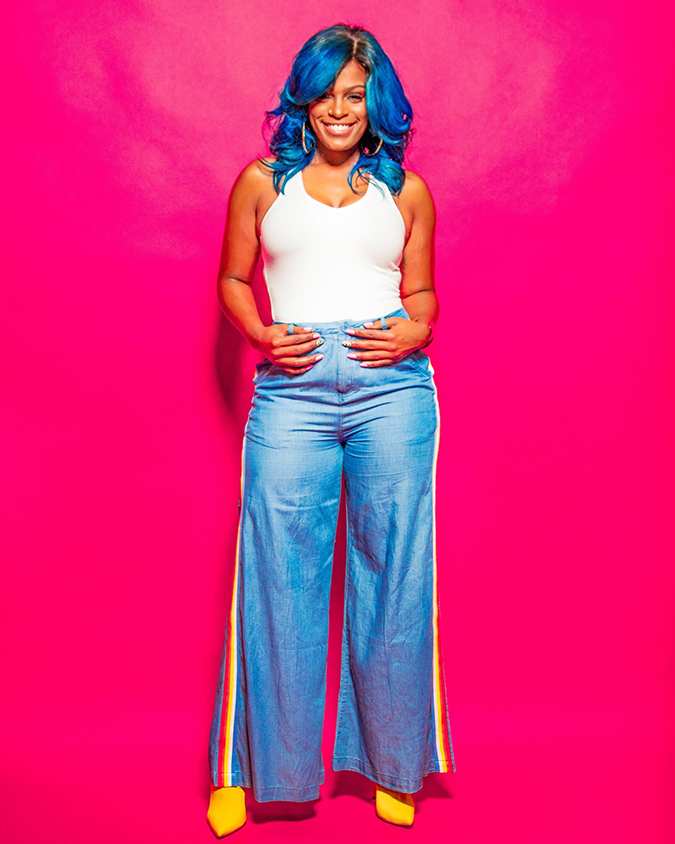 14. What are three items you couldn’t live without?

15. If you could meet anyone in the world, who would it be and why?

I would have loved to meet and share vibes with the legend, Prince. I met this musician who played for him and said that Prince was so mellow that he had the ability to transfer his energy to other people. He instantly switched the vibrations in every room he entered. May he rest in peace, but I would have loved to get pointers on my craft.

16. What is something people might not know about you?

My thumbs don’t bend. It’s funny because both my older brother’s thumbs bend. My older sister’s one thumb bends, but none of mine do. We say it’s because I am the baby in the house.

17. When did you feel like you had “made it” professionally?

I don’t think I’ve had my “I MADE IT” moment yet, but in due time! If I stay on my game, it will happen sooner than later.

18. Do you have any advice for those aspiring to work in your industry?

Stay focused, have tunnel vision, grow a shell and know when to protect yourself, and funnel out certain critics. When following your dreams, those that are intimidated will hate because they’re not as courageous as you.

19. What changes do you think your industry will undergo in the next 5-10 years?

In the next five to ten years, Imaní Scott and Blue Diamond Music will go undergo many changes, but one thing’s for sure we’ll both be on top making HISTORY! Also, everything will be digital, and industry labels will no longer be a necessity.

Thank you for this opportunity! Be on the lookout for the “Re-Introduction” EP releasing soon! 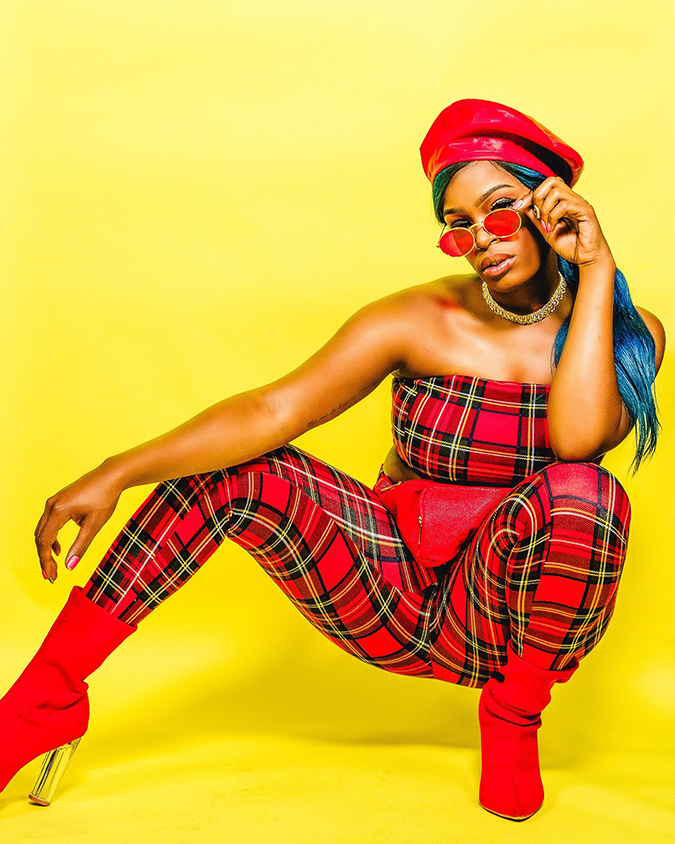 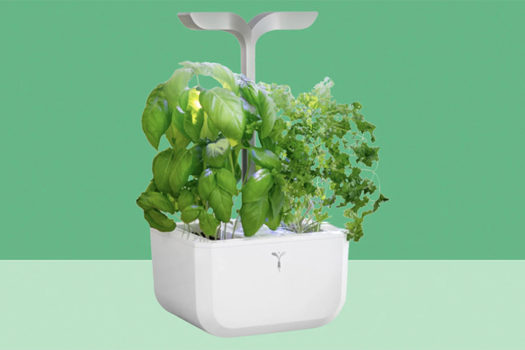 An Item To Like – The Veritable Smart Indoor Garden 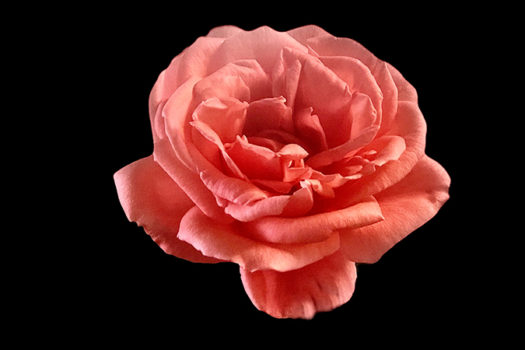 An Item To Like – Rose-Flavored Yogurt by La Fermiere 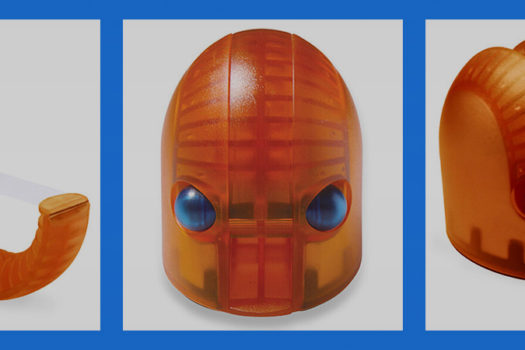 An Item To Like – The Rexite Hannibal Tape Dispenser 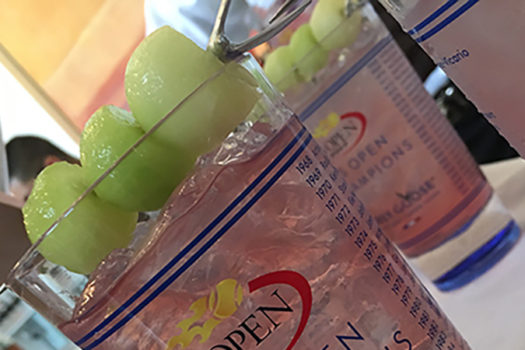