South of Tarragona, on the Catalonian Mediterranean, is a small fishing town, Cambrils, where the summer solstice was celebrated with street-dancing devils spitting smoke and fire.

Having reached the Cambrils shores by fishing boat, the participants reenacted mythological rituals along the waterfront.

Revelers received the purifying gift of water and fire, while forces of evil were chased away at sunset on the longest day of the year. 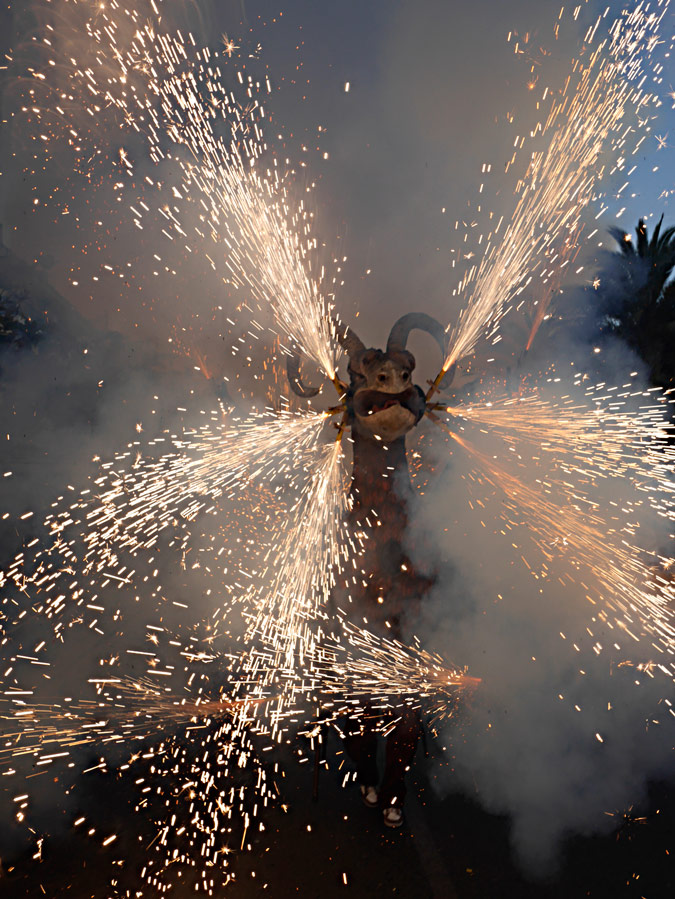 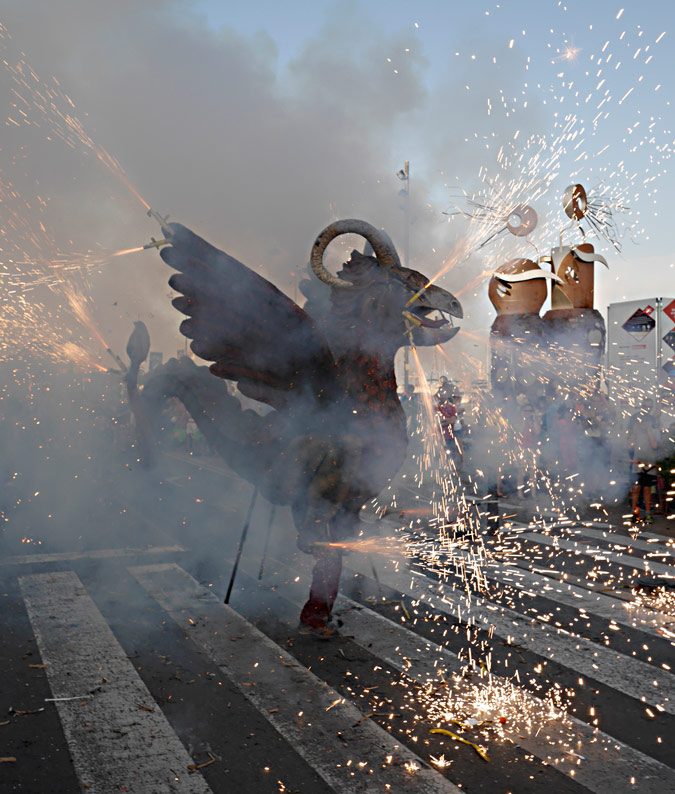 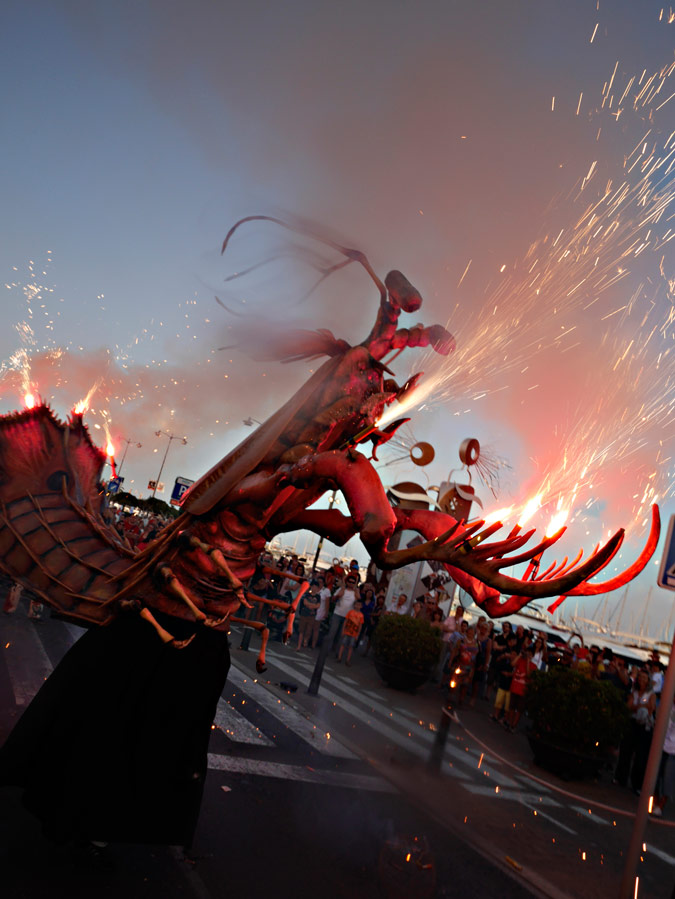 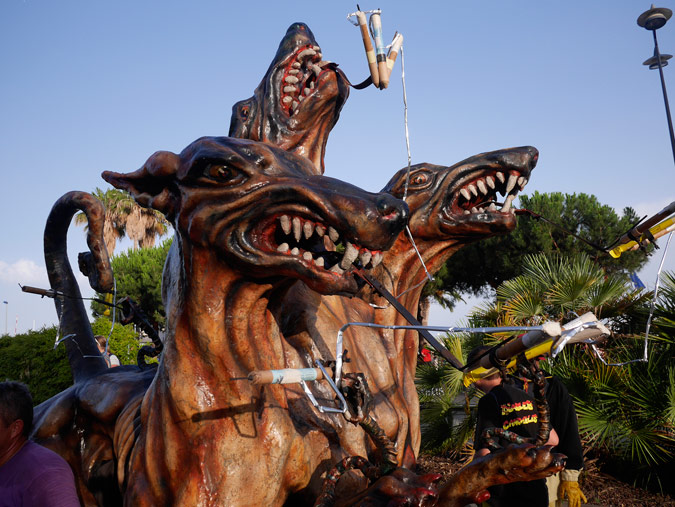 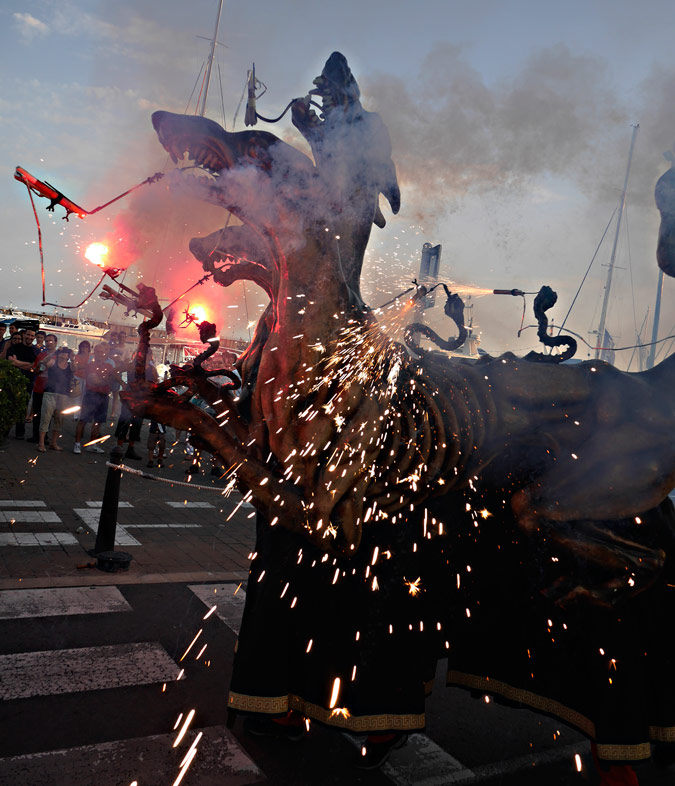 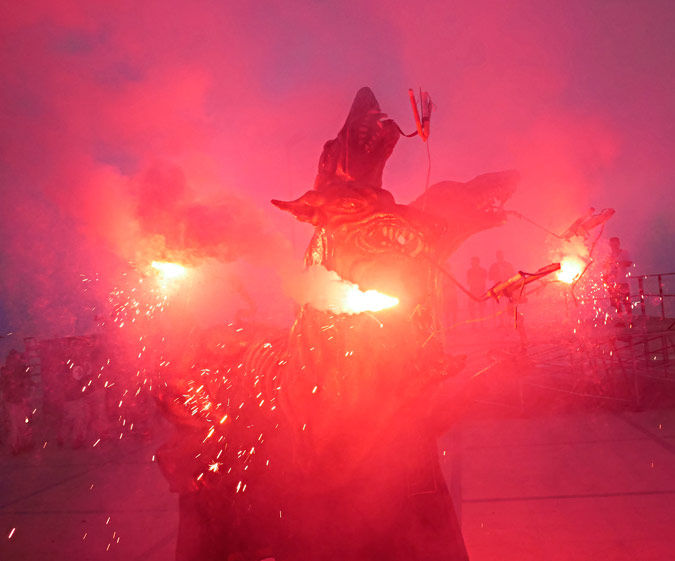 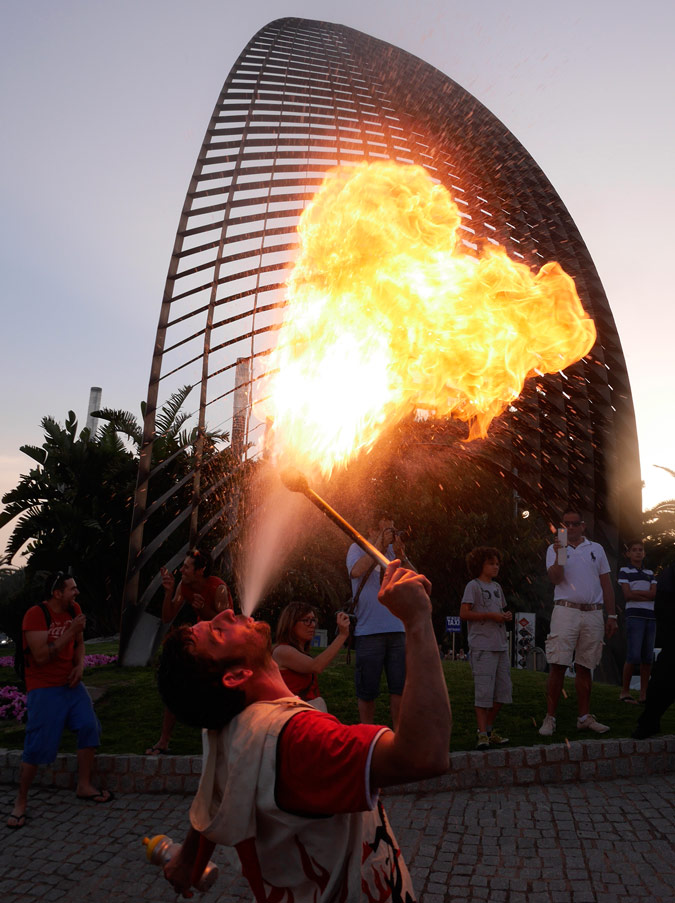 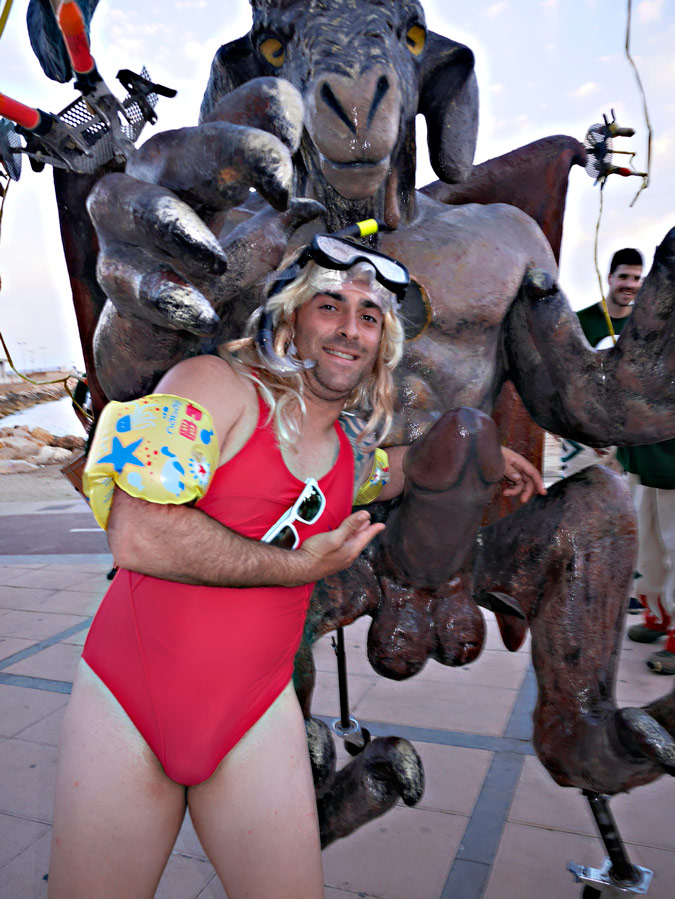 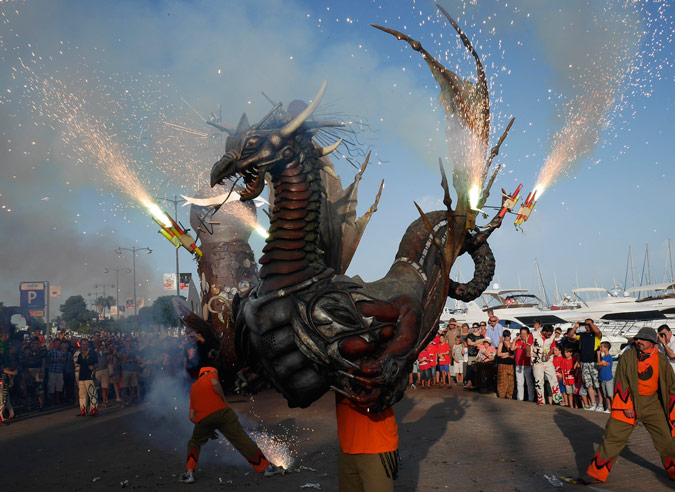 Jeff Day, an independent photographer based in New York City, documents city life celebrations and the renewal of historical tradition in contemporary voice in the streets.  He is completing two books, New Orleans Black and White and New York Street.  A lifelong sailor, Jeff has also documented the water’s edge and shore towns of New York, New England, the Gulf Coast, and Eastern Spain.