After I reviewed The Book of Forgotten Authors, the non-forgotten author, Christopher Fowler, got in touch; we exchanged a few emails about some of our old favorites (including Betty MacDonald, one of my nominees for inclusion in the sequel) and, as I am generally nosy about the creative process, and he is quite courteous, he kindly agreed to answer some questions for NewsWhistle readers. Here’s what he had to say: 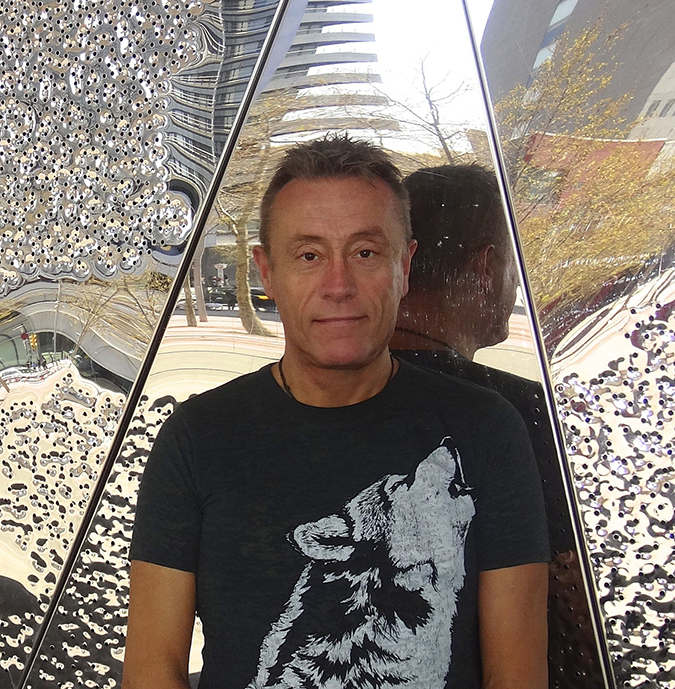 I see that The Book of Forgotten Authors began as a column before you made it into this collection of short essays.  What authors are next on your list for a volume two?

I have another 300 to choose from! Although 99 made the list for the first volume, the book actually contained many more passing references which need fleshing out. I’d like to explore some of them in greater detail, and also include some the editor and I fought over, like JB Priestley, Ursula Curtiss, Algernon Blackwood, and Willa Cather. Of course, the paperback version of the first book has to sell well enough to make a sequel remotely viable.

I had to laugh when I read about your distaste for some of the “new age” writing that was once so popular: Richard Bach and Tom Robbins, both of which I did at one point enjoy (granted, I was a teenager, and I haven’t revisited the books since then).  Did you find when writing this book, or otherwise, that there were authors that you once enjoyed that you no longer appreciate?  (I read a blog post once about a mythical creature called “the Suck Fairy” who went around ruining former favorites, and I’m afraid that my bookshelves have been visited from time to time.)

Yes, unfortunately. Some of the books I had cherished as a teen turned out to be awful. Some, like Where The Rainbow Ends by Clifford Mills, turned out to be thinly disguised fascist tracts full of casual racism. A lot of pulp detective stories proved unreadable because of their racist views. Oddly, there was much less sexism than I’d expected, partly because women often gave as good as they got in detective novels, romantic dramas, and thrillers. A lot of sixties touchstone books turned out to be terrible. I remember thinking that Terry Southern was a genius when I was about 14. He’s not looking so cool now; I can see through the emperor’s new clothes.

When I read your book, you reminded me of Maggie Topkis, a book publisher, who has made it her mission to rescue old mystery novels from obscurity through her Felony & Mayhem Press, because she didn’t want some of her favorite titles to disappear.  If you were going to take something from your forgotten authors to have republished (or at least be given some PR), which would it be?

Many of my favorites, like Margaret Millar and Alexander Baron, have come back now (although to niche readership, I suspect). But I think the books by Norman Collins have been the most surprising and delightful because they’re so human, and people’s emotions don’t really change. They still feel love, envy, malice, and jealousy in every age. I read a chapter in a Collins book called The Three Friends in which a man tries to describe his daily work to his wife, only to watch her interest in his job slowly wane. It was terribly touching and universal.

How do you feel about e-books? I love them for travel (and for the immediate gratification factor…click and it’s there), but generally, I prefer a real book.  I also love the serendipity of finding an old book, which seems unlikely to happen electronically the way it organically does when poking around a bookshop, or in a library.  What are your thoughts?

I’m on my seventh Kindle because I travel a lot and don’t seem capable of keeping them in one piece. I have around 200 books stored on it and love the ease of use, plus all my research stays on there because I can make notes which then get dropped into my laptop. But I love paperbacks and hardbacks, and buy far more than I should. Sometimes–if it’s a really special author–I buy both versions.

After having spent so much time sussing out the secrets of forgotten books, do you have any predictions?  What’s ubiquitous today that will be forgotten tomorrow?  Is Harry Potter forever?  Is Dan Brown of an age or for all time?

Harry Potter is forever, because he appeared at a time when the divorce rate was at its peak, so he was read aloud to children who will want to pass them on to their families. Dan Brown, not so much; they’re rather of their time, aren’t they?  Many so-called popular novels of the 1960s and 1970s now seem highly literary and political. I suspect quite a few will become fashionable again. Tom Wolfe is in limbo right now but is ripe for rediscovery. I suspect Kate Atkinson will remain admired for a very long time. I’d like to think that JG Ballard will always be remembered.

What’s a book (forgotten or not) that you think everyone in the English speaking world should read?

What a question! I think probably Hamlet, but it has to be seen. I think Nineteen Eighty-Four would be my choice, because it is a warning about the loss of freedom.

What are your “desert island books” if you had to choose only five?

Gormenghast by Mervyn Peake, Our Mutual Friend by Charles Dickens, The Drowned World by JG Ballard, Pax Britannica by Jan Morris, and I Capture The Castle by Dodie Smith. That would do for a start. I might pick another five on another day.

What book are you supposed to like and just don’t?

Pride and Prejudice. I get it, I really do, but to me it’s deathly boring and makes me want to stay well away from the countryside. And Tristram Shandy. It’s a painfully long-winded joke with a terrible punchline. I think you had to be there.

I’m very sorry that you don’t like Pride and Prejudice, but nobody’s perfect.  (I do agree with you about Tristam Shandy.  I always wanted to like that book but never could quite get through it and have abandoned it, thoroughly defeated, several times.) What is your favorite movie?

A toss-up between La Comunidad and Witchfinder General.  Favorite film this year: The Shape of Water.

Superstition: never ever discuss the book while it’s being written.

What is the biggest risk you have taken?

Went to the North Pole, fell down a glacier. Nearly died, most thrilling thing ever.

What is the best advice you have received?

Nobody likes a good all-rounder, nobody’s gravestone ever commemorated them for delivering work on time.

That reminds me of a Vonnegut quote: “If you would be unloved and forgotten, be reasonable.”  What is something most people don’t know about you?

I was James Bond’s body double. 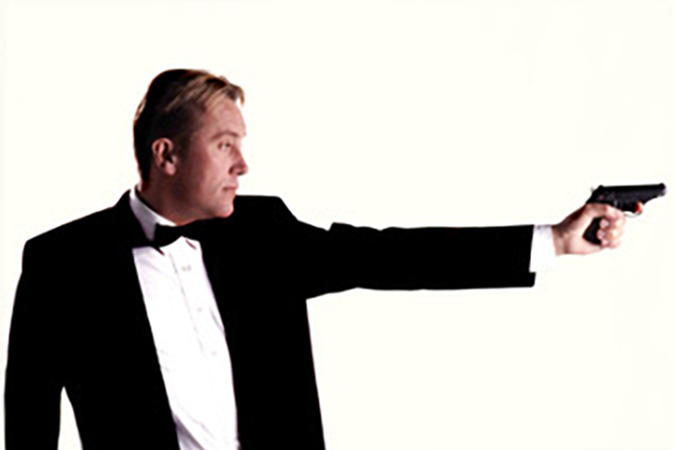 And last, but not least, is there anything you’d like to pitch,  promote, or discuss?

New Bryant & May novel out, Hall of Mirrors! Many thanks!

Thank you!  I will check out some of your fiction!