I like to reminisce with people I don’t know.  Granted, it takes longer.

That was an old joke from Steven Wright, but it’s actually rather descriptive of my meeting with Alexei Auld.  We didn’t know each other at the time but we overlapped at Columbia Law School in the late 1990s, and I’ve read his two comic novels depicting life there (Tonto Canto Pocahontas and The Things I Prefer to Be Forgotten) in which he really did a stunningly accurate job of portraying some of the oddities and contradictions of the experience: the diversity and the parochialism, the combination of idealism and capitalism (as people made the leap from human rights summer internships at non-governmental organizations to post-graduate employment at large corporate law firms), and the awkward and often ineffectual attempts by the school to engage with the community.

The novels are not for the squeamish or the easily offended (they do feature some of the seamier aspects of nightlife in NYC), but they have an underlying sweetness to them, and address some serious issues, including the conflict between authenticity and family and a facile, multicultural cosmopolitism.

His main characters are Native American in an urban environment, and the dilemmas facing them as indigenous people are paralleled with the (more familiar, at least to this reader) dilemmas of immigrants: how to assimilate into the dominant culture, how much assimilation is appropriate, how to balance the expectations from your community with your individual desires, how to survive with your heart and soul intact in an often hostile world.

And ultimately, as we’re all human beings, we have to face the big questions, for everyone: How shall we live?  Who shall we love?  What is the right way to behave?  The humor lies in the journey… we’ve all made our mistakes along the way.  (Perhaps not quite as colorfully as Alexei’s protagonists, though.)

In any case, it was great to meet him in person (we’d been introduced on e-mail a couple of years back, knowing various people in common), and, as seemed fitting, we met up at 1020, a dive bar near Columbia, and spent a few hours talking about his work and drinking pints of beer.  (Enough beer that we actually got a buy-back, which has become something of a rarity in today’s New York.)

Not too much had changed on that particular stretch of Amsterdam Avenue, except that the miasma of smoke that used to envelop the bar patrons was gone, thanks to the anti-smoking legislation of 2003.  Awash, an Ethiopian restaurant in the neighborhood, was, happily, still in business, so we headed that way after we’d worked up an appetite and continued the conversation.  Here’s some of what we talked about. 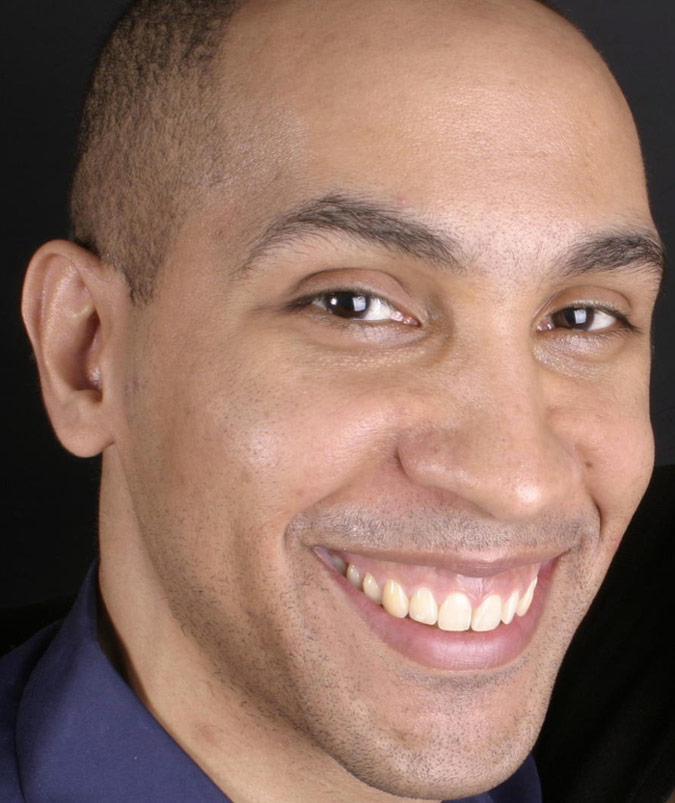 2. What’s your favorite movie?
I have two: Star Wars (the original one) and The Big Lebowski.    I have to credit Princess Leia with getting my daughter out of the really prissy princess stuff…she’s influenced her to become a much more sporty girl.

3. What’s the biggest risk you’ve taken in life?
I think it was going to Sundance (it’s not just the film festival that everyone knows, there are writing workshops, workshops for composers, etc.).  I feared that if I participated (for a weeklong session) it would sabotage my firm legal career.  And I think it did.  But it was a really good creative thing, I met creative professionals and I got of sense of how they worked, and that is priceless. 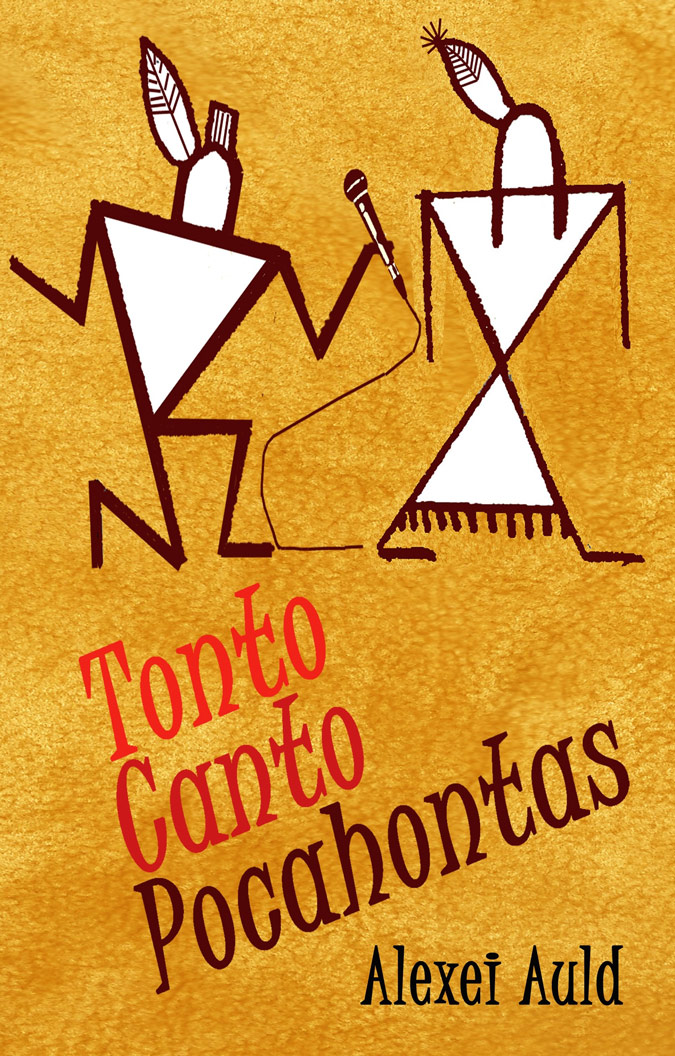 4. If you could go back in time and do one thing over, what would that be?
I would have started drinking earlier in my life.  I used to come to 1020 and drink Coca-Colas.  Drunk people are really boring when you’re sober.  It was a bit of a political thing for me, being concerned about the influence of alcohol on Native American communities, but I think I was just taking myself too seriously.

5. Tell us your favorite joke.
Years ago, a man inherited a house from his great uncle who died in the war. The house sat on a hill outside of town in the next state and rumors were told that it was haunted. The man traveled to the town to inspect the house and found that it was a wonderful old mansion in great condition, but very, very old. So, he decided to move in and enjoy his inheritance.

A couple weeks after he moved in, late at night, the phone rang.  When he answered it, a voice said, “I am the Vinder Viper. I will be there in 2 weeks!” and then it hung up before he could say anything.  This really shook the man.  The next day, he searched the Internet under “snakes” for  “vinder viper” but found nothing.

A week passed with no concerns and again, late one night, the phone rang. “I am the Vinder Viper.  I will be there in 1 week!” said the voice, and he hung up.  This made the man quite nervous, not knowing what a vinder viper was.  He asked around the town, and no one had ever heard of any such viper.

Four days later, late at night, the phone rang. “I am the Vinder Viper. I will be there in 2 days!” The man was getting much more concerned.

The next night, the phone rang. “I am the Vinder Viper.  I will be there tomorrow!” Needless to say, now the man was just plain scared.

The next evening, the phone rang.  “I am the Vinder Viper.  I will be there in 1 hour!” The man tried to leave, but his car battery was dead.

Nearly an hour later, the phone rang. “I am the Vinder Viper. I will be there in 2 minutes!” The man ran around locking all the windows and doors and called 911. The police were on their way.

Soon, there was a knock at the door.  The man opened the door a crack and asked, “Is that the police?”

“No,” said the little old German man at the door, “I am the vinder viper.  I come every month to vash and vipe your vindows.”

Why does Snoop Dogg carry an umbrella?  Fo’ drizzle.

6. What’s something that most people don’t know about you?
I’m an open book.  Give me time and you will know every thing there is to know about me.  I’m not a guarded person.  Perhaps this is to my detriment?  I might have been able to conquer the world…

7. What’s the best piece of advice you’ve ever heard?
I’ll be corny and quote my grandmother, “Never give up.  Follow your dreams.”  She’s a renowned artist.  She was young and had an arranged marriage, but she still pursued her college degree, and then her MFA.  The fascinating thing about her is that she really did accomplish so much through sheer force of will.  As a woman of her generation she transcended the limits that society put upon her.  She was a Native farm girl, of the Pamunkey tribe, the 13th of 18 kids in rural Virginia, and now one of her paintings (Rainy Night Downtown) is in the National Museum of Women in the Arts, in Washington, DC.  And she’s got work in the Smithsonian’s Anacostia Museum.  She’s really inspirational. Her name is Georgia Mills Jessup.

8. Who’s your favorite celebrity and why?
I like James Franco.  He just seems to do whatever the fuck he wants.  There’s some value in that.  He just does what he wants to do.  Spider Man.  General Hospital.  He bombed at the Oscars.  Johnny Depp is similar.  I respect that. 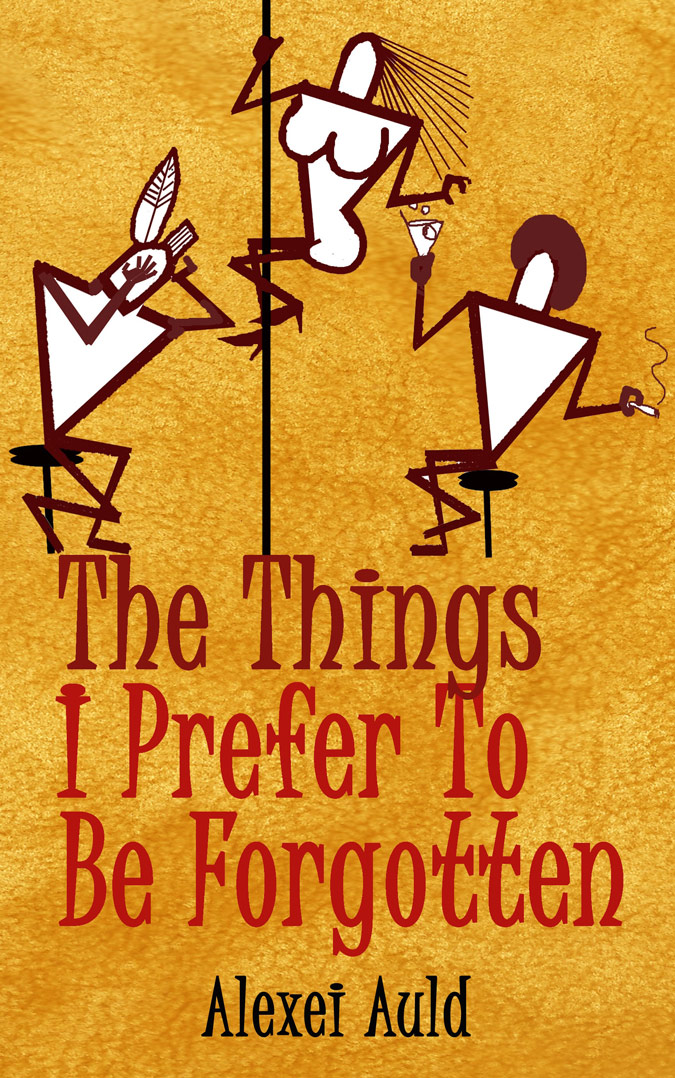 9. What’s your strangest phobia or superstition?
I’m a germaphobe.  Much like my characters Crispy and Opie.  In the bathroom at 1020, I always use a towel to touch the soap dispenser and the door.

10. What’s a book everyone should read?
Ham on Rye by Charles Bukowski.  He shoots from the hip.  I just love his writing.  And he liked Dostoyevski.  I was named after Alexei Karamazov in The Brothers Karamazov.

All Images Courtesy of Alexei Auld