The Japanese religion of Shinto is the worship of spirits or “kami” which permeate nature and its objects.  Legend has it that there are 8 million kami known to the Japanese.

Amaterasu, the highest among the kami, is said to have incarnated in human form and became the first emperor of Japan.

The religion, while not having a rigid set of doctrines, is performed in shrines by Shinto priests and priestesses, who follow certain rituals.

According to Wikipedia, Shinto is practiced by 80 percent of the country.

Often, Shinto festivals or “matsuri” are celebrated, and here you can find an array of stalls selling masks and toys and traditional Japanese snacks, making shrines not only places of worship, but also focal points of social gatherings. 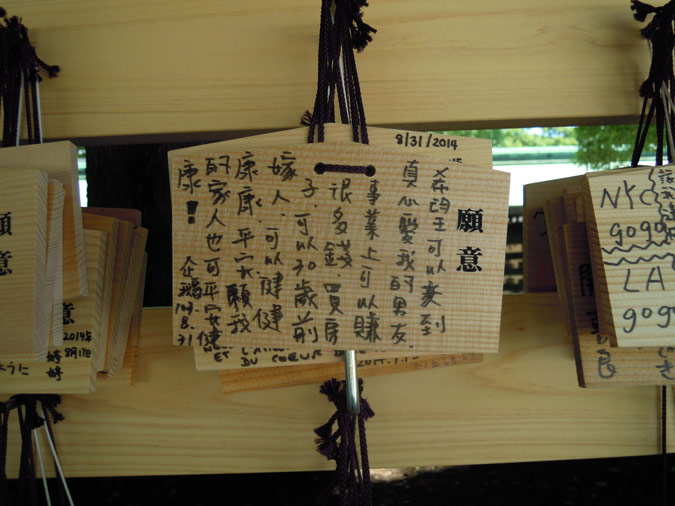 2. WHY SHOULD TRAVELERS VISIT A SHINTO SHRINE?

A leisurely traveller in any Japanese city should find Shinto shrines dotted among city blocks.

Some hide behind bushes, some around street corners, and some sitting just between two modern office buildings.

Each shrine may house a different deity (some have a group lesser shrines for lesser gods), but Shinto shrines share more or less the same topography and architecture.

Perhaps, the most popular feature is the rack of wishes. They usually stand beside the main structure.  Visitors or worshippers can buy a wooden plaque, sold for a nominal fee of a few hundred yen, or a few dollars, at the shrine’s cashier. Then, they can write their wishes on a wooden plaque and hang them on the rack, hoping that the deities to whom their piety is due, may one day make their wishes a reality.

Reading the writings on these plaques may seem like reading epitaphs to some, but the messages represent hope for an unrealized future. 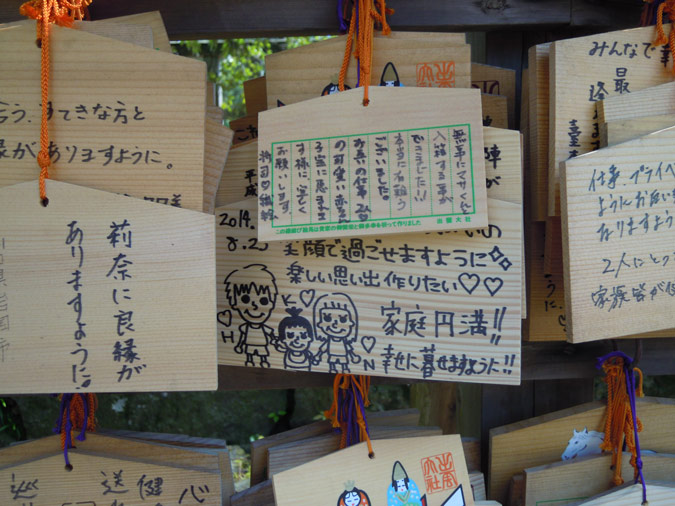 3. WHAT ARE SOME OF THE MESSAGES WRITTEN ON SHRINE PLAQUES?

They are plain and simple wishes: hopes; yearnings for passing an examination; getting admitted to a prestigious university; becoming a civil servant; meeting a nice guy (or girl); good health for family members. In one plaque, the author wishes she would get married before 30, be successful and buy a house.

Wishes are mostly inscribed in Japanese, although one can find English, Korean, Chinese, and some unknown scripts among the messages.

Even when people are miles apart, separated by culture, arbitrary land boundaries, geographical barriers or with life experiences, the messages just candidly show, deep down in their hearts, people share the same desires and fears, and they all cherish life, friendship and the families they love.

The simple wooden plaques show that under the sky we are all the same while painting hostility and conflict as strange and pointless.

So, the next time when you visit Japan, consider visiting a shrine. We all have a prayer to air. 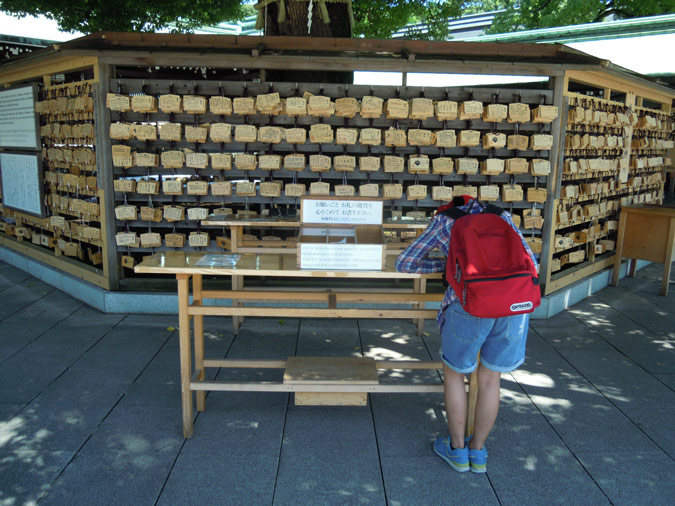 Four important Japanese shrines that should not be missed:

All photos courtesy of Tony Church