You’re not rock and roll enough to hang out with LadyHood’s Brihony Dawson, but don’t sweat it. Neither am I. If you are like me, though, you have been listening to Finger on the Pulse for the past couple of weeks, and you have been waiting to know more.

I told you an interview was forthcoming, so let’s get to it, shall we?

CW: Tell me about the name LadyHood.  It seems straightforward enough, but I feel like there is more to the choice of that word to describe the band.

BD: Haha. It is pretty straight-forward, Chad… It’s an innuendo for a wonderful part of the female body. It couples nicely with our debut EP Finger on the Pulse. People either get it, or they don’t. Which is brilliant for me to experience.

CW: Speaking of the band, who is in it, and what does everyone play/do within LadyHood?

BD: The band is made up of an array of extremely talented women. The lineup changes depending on who is available for gigs and recording. I found when putting an all-girl band together that most talented women are busy with their own projects and making it happen for themselves. The girls loved the concept of LadyHood but couldn’t commit full time so I decided to have a revolving door policy. For the band, Chad. Only for the band. 😉

CW: Are you willing to talk about your backstory at all?  What’s up with Last Mistress?

BD: Last Mistress was my band back in Australia. I love the guys in that band, but when I came to the States the music I was making was a different sound and I needed a fresh image to go with it.  I couldn’t really approach music execs and be like “Hey, I’m Last Mistress, but now we sound like this and are an all-girl band…” I came onto the music scene pretty late. I’m not one of those girls who grew up singing and playing guitar and I didn’t come from a very musical family.  I was always performing, though. That shit I’ve got covered! Whether it was a play I had written and demanded my friends to be a part of that day at school, or just re-telling a story from the weekend – I love an audience. I think that’s why people love our live shows so much. Anyone can record an album and make it sound good, but it’s the live performance where the magic really happens.

CW: Are there any other bands in your past that you would like to talk about?

BD: Last Mistress was kind of my first baby. That’s when I really stepped up as a singer and a songwriter. 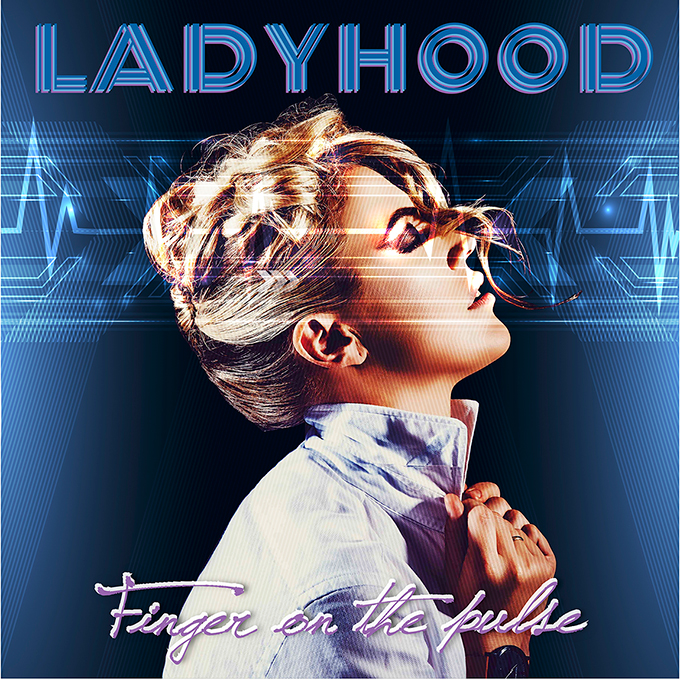 CW: I couldn’t find any info on your website or Facebook page about shows.  Are you touring now, or do you have plans in the future?

BD: I’m taking the rest of this year off performing. It’s been a really massive year, and we’re focusing on getting a few other ducks in a row before we smash out another Midsumma Festival in January 2016. If all goes to plan I’ll be moving to the States to tour in 2016. Look out ladies, we’re coming to get cha!

CW: When I saw the cover art for Finger on the Pulse, I was immediately reminded of “Rosie the Riveter“.  My wife saw Madonna’s album cover for True Blue.  I think there might be something to both.  Out of line, or does that make any sense at all?

BD: Haha! Although I love Rosie the Riveter, the album cover looks nothing like Rosie, Chad! Perhaps your subconscious’ view of what a strong, powerful, take-no-shit female looks like has made your eyeballs momentarily blind?? Haha. I definitely see the True Blue reference, although that was not the inspiration for the cover. We were actually referencing a lot of the La Roux covers. She’s an absolute queen! But so is Madonna.

CW: In my review for the EP, I made references to the 1980s, spandex, Whitesnake, powerballads, etc.  Are you mad at me now :-)?  Or are those references fair game?

BD: I’m a massive 80s rock girl! In fact, that’s the sound I’ve tried to produce with most of my music.

Mainly, I love the history behind it all, the culture, the revolution, and what rock has done for people through the ages. It was like a religion. Back then, people would spend all of their time down at local dive bars worshiping bands. Now, even most bands don’t go out to see live music!

Finger on the Pulse definitely has that 80s rock vibe but with a new modern/pop twist. Was it intentional? Not really. It’s just what came out of me when we were writing the songs. When you’re writing, you kind of have to just trust the words, melodies, and music that’s coming out of you.

CW: Is there one person/artist/band/etc. that you could point to as your most important influence overall?

BD: No one has my love more than Freddie Mercury and Queen. Freddie was a fucking genius and one of the best performers of ALL TIME. I’m very passionate about him. If one of my friends told me they didn’t like Freddie Mercury I would seriously wonder how I had let such an uneducated, closed-minded, music-loathing, soul sucker into my life. Because that’s what they would have to be to not like my Freddie, and I just won’t stand for it.

Freddie and Queen knew how to push boundaries, write great songs, and put on a bloody great show. And that is what music is all about. The legends of rock, pop, blues, jazz, etc. weren’t the ones who played by the rules. They were the ones who had never obeyed a rule in their life except the one that told them to listen to their heart and play what was inside.

Queen was writing rock operas, Keith Richards was trying to make his guitar sound like anything BUT a guitar, and Madonna was the most fierce and sexual woman you’d ever seen. Those are the type of people who influence me, the ones who said, “fuck it, I’ll do it my way. And if you don’t like it, I couldn’t give a rat’s ass.”

CW: I am really digging Finger on the Pulse.  I feel like it is meant to be a proper introduction to LadyHood, but what’s next for the band/you? A full length?

BD: Finger on the Pulse–it is a great introduction to LadyHood because it has a bunch of different music styles. “Naked” is a real bluesy track, “Bad Girl” and “Playing With Fire” are total rock and “Stand and Deliver” has this weird, almost country vibe to it.

I have no idea where that came from! Yeah, a full length is definitely in the cards next, and hopefully a tour of North America if I can sort out the soul-sucking experience of gaining a working visa for the USA. I love that place! Let me stay!

CW: The Go-Go’s are one of my favorites.  How was it working with Gina Schock?

My first song-writing session with her and Jeff Bova was my first big opportunity in the States (writing with a Grammy award winning music producer and Gina fucking Schock from the GoGo’s!).

So, of course, I developed pneumonia in the days leading up to my flight from Germany to LA and I could barely get out of bed let alone blow them away with my bad ass rock’n’roll skills.

But, I dragged my sorry ass out of bed, got in a cab to the studio and as soon as I walked in Gina said to me “Oh Baby you’re so fuckin’ sick! Sit down and let me make you a cup of tea.” She’s just an awesome human. She’s a talented songwriter and she brings the best out in me, too.

CW: No bullshit, now.  Turn on your MP3 player, set it to “shuffle,” and tell the world the first 5 tracks that pop up.

1. A karaoke version of Roxette’s “Got The Look” – with backing vocals.

3. Queen – Somebody to Love

4. Eurythmics – Sweet Dreams (If you haven’t seen the video of Annie
Lennox performing with Hozier at the Grammy’s last year, look it up right
now. Your life will never be the same.)

I can’t believe how much those five songs sum up my music taste.

CW: In my review, I said something like you are a bad girl for all the right reasons.  Does that accurately describe you, or was that just journalistic gasbaggery?

BD: I do like the term “journalistic gasbaggery”… I’m not sure how to answer that one actually. Y’know, without sounding like a total wanker ;). I wrote the song “Bad Girl” mainly because of the way I can be perceived. I tend to be seen as a bad influence sometimes…

But really, I think I just bring the best out in people! So yeah, I guess I’m a bad girl for all the right reasons. 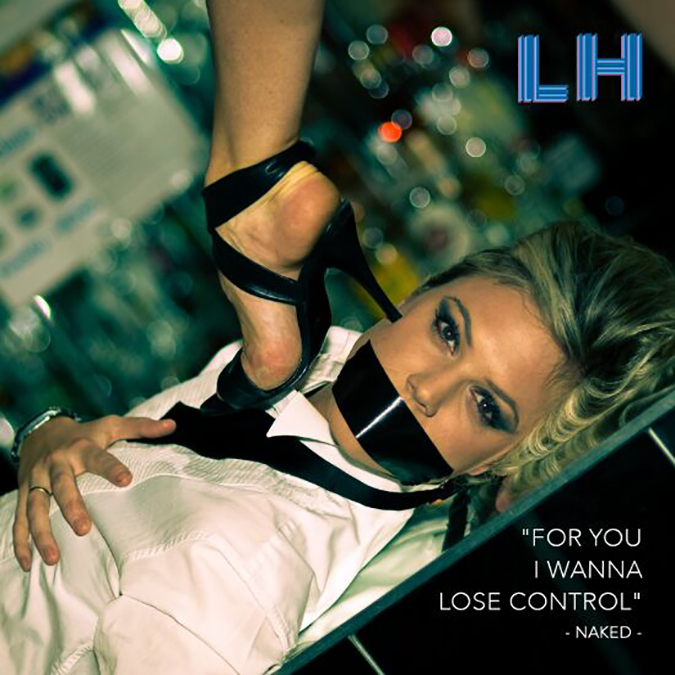 CW: What’s more important: reverence for your heroes or being a role model for your fans?  Another way, is it more important to preserve the past or build the future?

BD: Build the future for sure! We are all influenced by the past whether we like it or not. By moving forward and creating a better future we are honouring the past. I believe it’s very important to be a positive role model not just for fans or a younger generation, but for everyone.

CW: You wake up in a flophouse in Berlin with no memory of the past 96 hours, what is the very first thing you do?

BD: Call my Mum and see if she still loves me.

Rock and roll, people. You don’t have to have it running through your veins like Brihony and LadyHood, but if you have read this far you recognize its pull. So, grow up, grow down, do whatever you have to, but get on the train. Brihony has a seat saved for you. 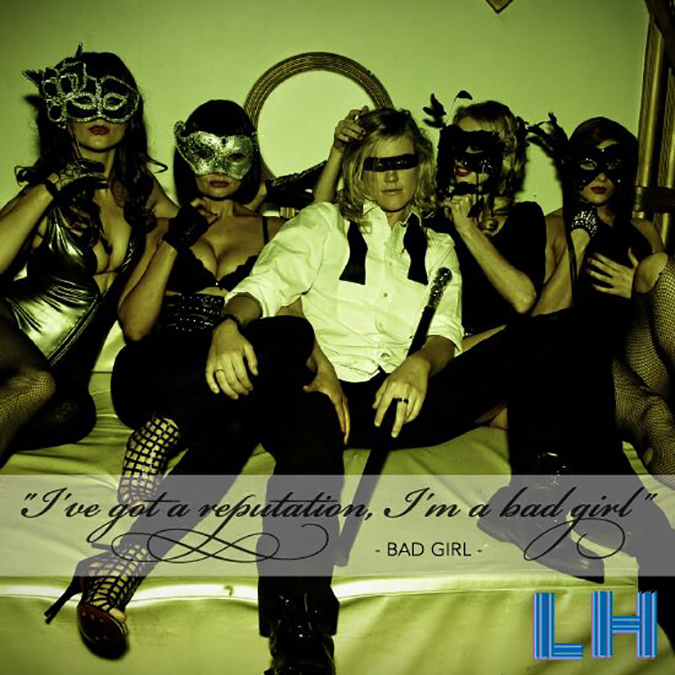