Emoji, All The People…

There’s an old adage that goes: “Into each a life, a little crap must fall.”

I’m not sure whoever said that had “The Emoji Movie” in mind, but they certainly might have.

Now before you chalk up Sony’s latest animation product as a steaming pile of poo, consider that the current star of the emoji set, the brown-swirl voiced by none other than Sir Patrick Stewart, means something vastly different to adults and children, in much the same way that “The Emoji Movie” likely will.

To most adults, poop is persona non-grata; to kids, it’s something to snicker about. That said, with kids out for summer and family entertainment at a premium, “The Emoji Movie” might just be too much of a load for the other films to handle and swipe the #1 spot.

Blame the cellular revolution, I suppose. Which was partially responsible for Sony’s other animated ad-APP-tation, “The Angry Birds Movie.” That film ended up debuting with $38M and just a stone’s throw away from $350M worldwide.

You could even argue that “Angry Birds” was a bit past its prime when it rolled out, while Emojis are currently merchandizing gods amongst pop culture. So could it really open with upwards of $35M? Yep. Sure could. And with just a $50M budget…that’s $$$ in the bank.

If poop isn’t your pleasure, adults luckily have another new option this weekend as Focus Features debuts “Atomic Blonde,” featuring the ass-kicking talents of Charlize Theron.

No doubt, Theron’s highly acclaimed role in “Mad Max: Fury Road” was the impetus for the R-rated thriller getting a greenlight; however, it’s the thrill of the kill that’s selling this film to audiences.

Why does this seem like the female version of “John Wick?” Well, for one, it’s the same director, David Leitch, who was an uncredited co-helmer of the first flick, produced “Chapter 2,” and who is currently helming “Deadpool 2.”

This trend is nothing new to the American cinema, as Bruce Willis, Liam Neeson, Denzel Washington, and others of their ilk have been making a killing at the box office over their careers, taking out bad guys with a vast array of weaponry.

As “Wonder Woman” proved, becoming the highest grossing movie of the summer domestically–why not let the girls have a go at it?

In some small way, American audiences have become accustomed to releasing some inner frustrations and exorcising demons by watching violent and visceral murders on screen.

That’s certainly the selling point here, as trailers basically show all the “creative” ways Theron’s character offs her enemies.  It’s as if the filmmakers are in on the secret–audiences want to watch Theron beat the poo out of people.  Maybe this really is the perfect double bill with “The Emoji Movie.”

Armed with an aggressive marketing campaign, “Atomic Blonde” is all style and little substance. This makes it the perfect candidate for a summer release instead of fall, which should lead the popcorn pic down the bloody path to success, as its budget was a tidy $30M.

Reviews have been generally kind overall, so should propel the graphic novel adaptation—originally titled “The Coldest City”—to decent business opening weekend, possibly $25M+. And it may have gams, too, considering how weak Hollywood’s late-summer slate looks.

Overall, summer has been primarily a disappointment, as over-hyped sequels, for the most part, have underwhelmed audiences with the box office trailing last summer’s by a considerable margin.

Hmm. “Inconvenient Sequel” could also be used to describe the state of tentpole filmmaking this summer as “Cars 3,” “Pirates 5,” “Transformers 5,” “Alien: Covenant,” and “The Mummy” all underperformed compared to their predecessors.

In a future packed with sequels, hopefully studios will take their time developing these blockbusters…otherwise they’ll continually take a back seat to Netflix and HBO, who have been the talk of the town the last two summers with Stranger Things” and “Game of Thrones.”

Steven Spielberg hasn’t really resonated with much pop culture pizzazz since “Indiana Jones and the Kingdom of the Crystal Skull” almost a decade ago, and that was more nostalgia than anything else. Here, he tries to take pop culture itself by the reigns in his adaptation of Ernest Cline’s modern classic.

This really is a short film, but who cares…it’s more Deadpool! Fox definitely spent big bucks, I mean, procuring the rights to “Superman” fanfare doesn’t come cheap, especially when you’re Marvel and they’re DC. Great stuff, though. Wouldn’t have been the same without it.

Is this the future of big-budget filmmaking? Netflix certainly hopes so. Will Smith and director David Ayer (from a script by Max Landis) team up for what is probably the most ambitious piece of blockbuster filmmaking to entirely skip the cinematic block party all together. Who’s next? Scorsese? Spielberg?

If you haven’t seen “The Room,” seek it out now, because James Franco and Seth Rogen’s take on it won’t be nearly as funny until you have. Although Ed Wood and Alan Smithee may have some beef with people calling “The Room” the best worst film of all time, viewings of the film really have become a modern house party event. 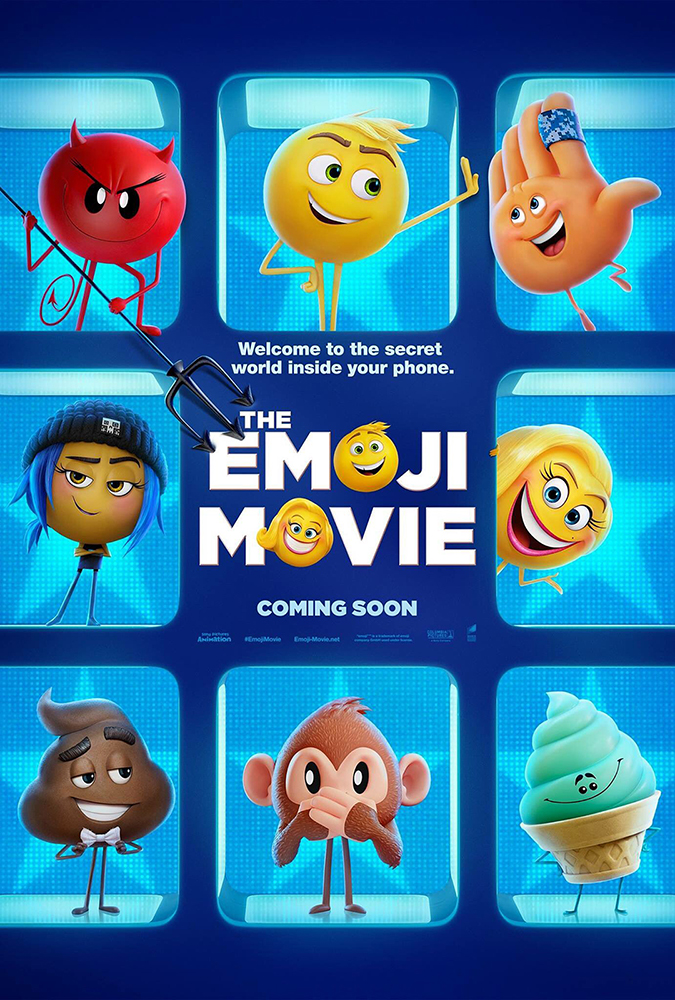