Growing up in Northern Ireland in the 70’s and 80’s definitely had it’s bleak moments. Any outlet for entertainment was gratefully embraced.

Football was definitely up there with music and later pints. However, the English football league coverage then wasn’t the slick, well sponsored, billion dollar machine it is today. TV cameras were not at every stadium every week. There were no live games on a regular basis. A weekly highlight show, called Match of the Day showed highlights from two games every Saturday night. That was it. Back then, that was enough.

We consumed radio reports and magazines to keep updated on our favorite teams and players. The “foreign” contingent were mainly made up of Irish, Scottish (yes they thought they were independent back then) and Welsh with the odd stray Dutch or French guy thrown in sporadically. Arsenal had seven (7!) Irish guys on their team and were known as the Green Gunners. Easy to pick them to be favorites. 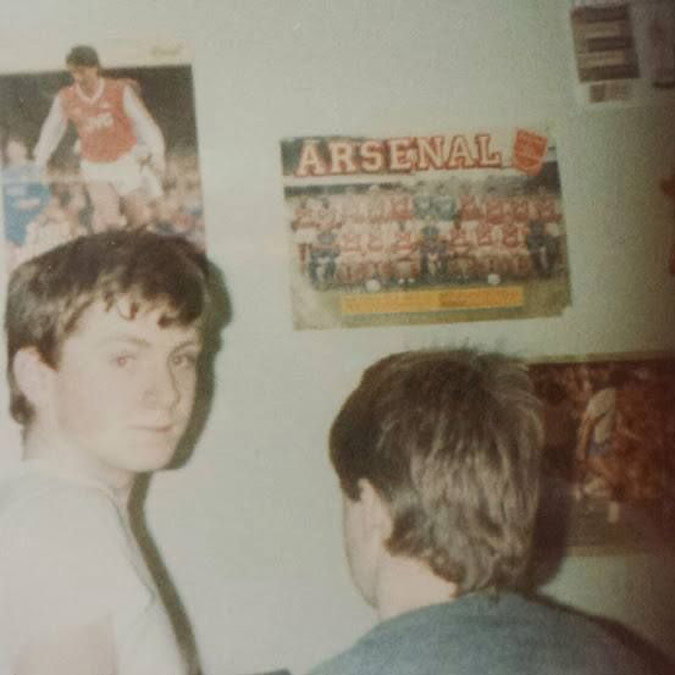 I was reflecting on those simple days as we are now consumed with 24/7 coverage with every move and gesture being assessed and analyzed. I am honestly feeling bloated with the amount of football consumption and of course the teams that are dominating the higher annals of the league are now owned by wealthy folks and families. No offense to any of those guys, and the billions now being gobbled up from TV companies, I think I need to go on a “diet.”

I have deleted the apps on my phone, the saved-website-pages on my desktop, the email alerts. I have unsubscribed to text alerts and Facebook groups. I haven’t watched a full live game this season yet. I have access to the current Match of the Day weekly show online and if it suits my schedule, I may just watch some of it.

I am determined to wean myself away from the once beautiful game and its coverage scarcity. I need a new outlet. With all that is going with the NFL this week and in particular locally here in Minnesota, I need a break from professional sports. I love my “couldn’t give a flying fook” relationship with Major League Baseball and want to use it as a template.

I have browsed cooking classes, yoga sessions and signed up for rec soccer and maybe I will be a bit more consistent with blogging. Back to basics where my time is energized by real people and personal development.

I have successfully quit smoking, no longer have imaginary bearded friends in the sky judging my every move, and moved to another country. This is the beauty of living in America in 2014 compared to North Ireland 1984, the options are endless… Who knows, I may even go back to watching EPL.