King Kong has been a beast among animals since he first appeared on screen back in 1933. Since then, the iconic ape has been remade in 1976 with Jeff Bridges, revamped with “King Kong Lives” in 1986, and most recently, seen in Peter Jackson’s 2005 version starring Jack Black, which ended up grossing $550M worldwide.

This week, “Kong: Skull Island” rumbles into multiplexes from director Jordan Vogt-Roberts, who last helmed the arthouse flick, “The Kings of Summer,” which was sort of a spiritual weird uncle to “Stand By Me.”

“Godzilla” tore the roof off the box office with $529M globally, which is what Warner’s is likely expecting for “Skull Island,” as they spent a massive $190M bringing it to the big screen.

And not only that, the two cinematic legends of destruction will meet once again in the summer of 2020 as WB has already slotted the title fight, “Godzilla vs. Kong,” for Memorial Day weekend. But not before “Godzilla 2” drops in spring 2019. Yes, monstrous gobs of money are at stake here, folks.

Kong’s only real competition this weekend will be “Logan,” which had the 4th best R-rated debut ever, digging into $88M opening weekend, and has the critics in its back pocket with 92% fresh on Rotten Tomatoes.

“Skull Island” doesn’t quite have that sort of swagger, but reviews have been solid at 81% fresh. And with audiences bouncing around in blockbuster mode thanks to Wolverine’s latest, Warner Bros. should see an opening of at least $55M for the big beastie and a sizable shelf life.

CBS Films returns to the distribution game, in limited fashion, to release “The Sense of an Ending,” starring Jim Broadbent and Charlotte Rampling. Most recently, the indie shingle paired up with Lionsgate for the Oscar-nominated “Hell or High Water.”

“The Sense of an Ending” is Indian director Ritesh Batra’s first feature since his wonderful debut in 2013 with “The Lunchbox.”

Kristen Stewart and French director Olivier Assayas mark their second collaboration with a spooky ghost story set in the world of Parisian fashion, “Personal Shopper,” which opens in exclusive release in New York and Los Angeles this weekend.  Their first film was 2014’s “Clouds of Sils Maria” co-starring Juliette Binoche.

This is what summer movies are supposed to be like. Big. Loud. Bizzaro.

Speaking of past “Kong” movies, if you haven’t seen this doc featuring two of the most awesome joystick-jockeys of all time, do yourself a favor and whap yourself upside the head with a roll of quarters. It’s on, like, you know, Donkey Kong. For reals.

What if you created a film just like “Twister,” “2012,” and “The Day After Tomorrow”….and rolled them into one big blockbuster burrito?

Dean Devlin makes his directorial debut…in a film very much like one that his frequent producing partner Roland Emmerich would make. 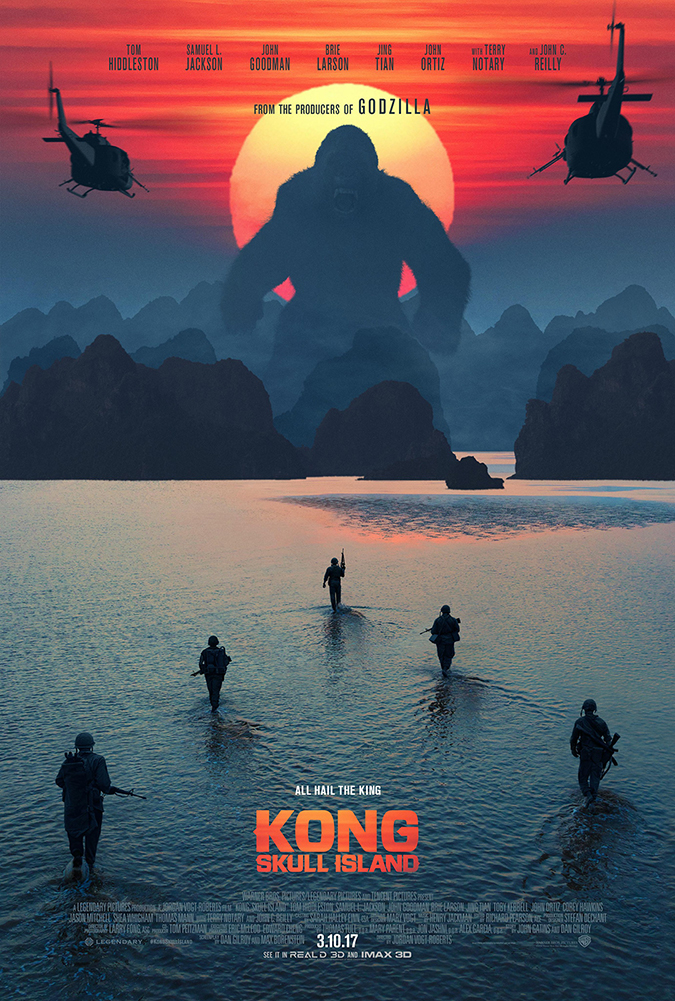