Here are just a few take-aways from this year’s Ani-Com and Games Convention, which began Thursday and ended Tuesday at the Hong Kong Convention and Exhibition Centre in Wanchai, Hong Kong.

Even if you held a ticket (available at participating 7-11s for HK$35) you had to summon a lot of patience. The organizers put a new line system in place this year. The queue weaved its way through the skyways of Wanchai like some bad rendition of Snake. On Saturday, it took us 45 minutes to enter the exhibit hall. Some late-comers had even a longer wait. And the line seemed just as bad on Sunday, though a little lighter on Monday.

There were a fewer Japanese products on the main convention floor. We’re not sure if it’s because bigger outfits (such as Marvel, Disney, BANDAI, Nerf, and Microsoft) rented out more space this year or if it’s because interest in Japanese comics are waning in Hong Kong.

(Regarding the larger presence of big corporations, we don’t mind global exhibitors taking up more space on the convention floor. Fans really enjoyed seeing such items as Ant-Man’s mask, life-size Storm Trooper uniforms, a gargantuan Hulk Buster and an 18-foot replica of the Millennium Falcon. But we hope organizers don’t forget that this is a Hong Kong event and an Asian event – and local and regional artists and businesses should be just as welcomed and honored as anything produced by Hollywood or Big Biz.) 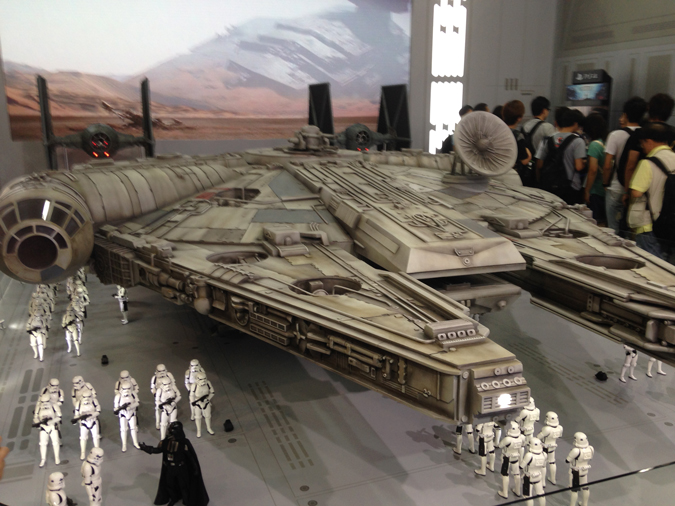 Cosplay is now officially mainstream. Dress-up is no longer just for amateurs as more companies are placing models in character costumes to help hawk their products.

Organizers also went way out to make everyday Cosplayers welcome – from holding a competition with the best in acoustic and lighting to opening up a special hall for them to congregate. 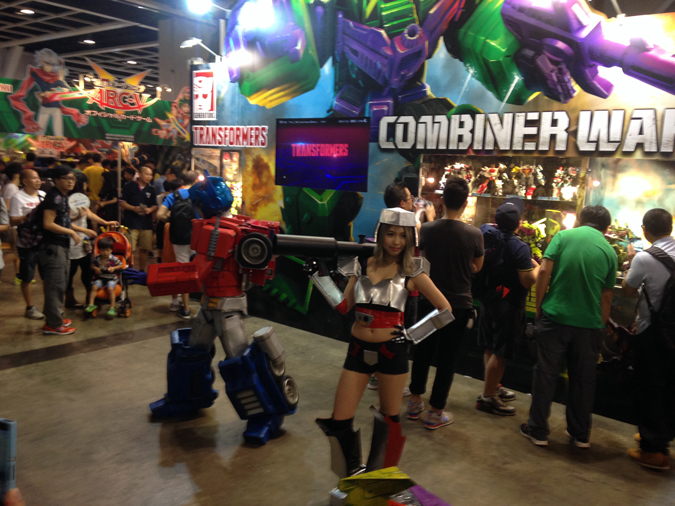 With not too many adults in tow, this was a teen paradise. While it’s great to see so many kids attracted to technology, entertainment and art, there are also some drawbacks.

For example, one aisle on the third floor was so crowded it smelled like a high school locker room. You’d think deodorant companies had decades to figure out how to mask that onion-like substance oozing from the newly pubescent… but they haven’t.

Also, we think parents should know that some middle-aged men like taking photos of teenage girls in Cosplay. Seeing these shutterbugs in action is kinda creepy. 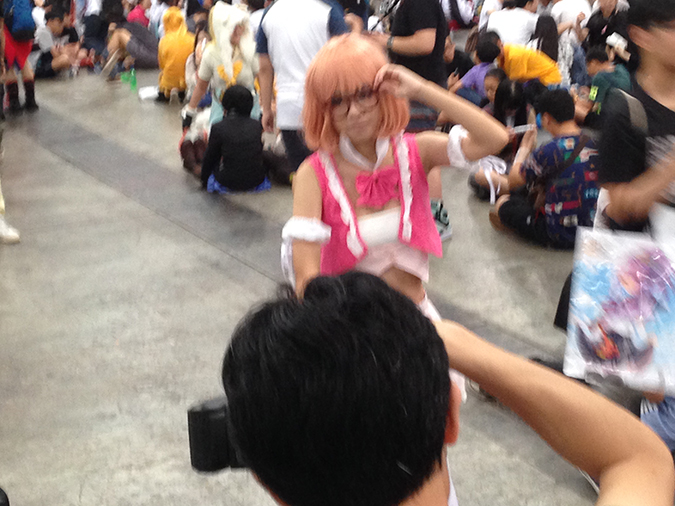 – It generates excitement throughout the city.

– The ticket is priced right.

– While there are some big-ticket items, there’s plenty of affordable merchandise.

– You’re guaranteed to be introduced to new comics and artists, and you can even snag a prized autograph or sketch if you check the event schedule or talk with the attendants at certain booths. 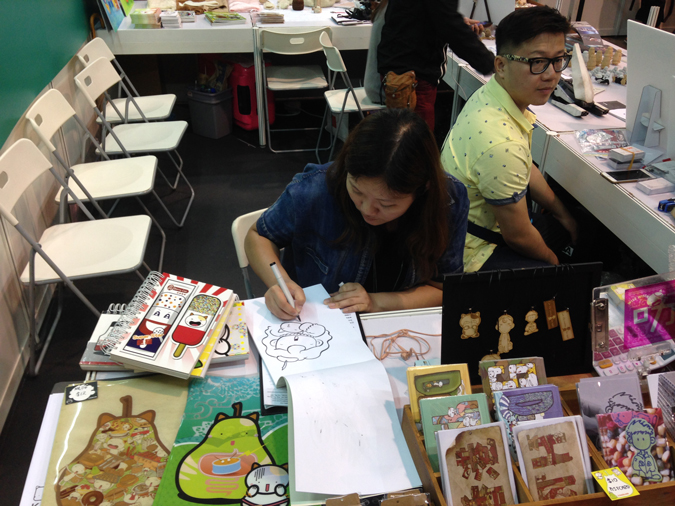 – The Star Wars exhibit features some of the “Force Awakens” footage shown at Comic-Con in San Diego (and now available online). It’s great seeing these images halfway across the world… and on a bigger screen.

– Even with the presence of Big Cinema and Tech, the convention still feels local in flavor. The one thing that hasn’t changed is the placement of a booth belonging to the Hong Kong Society of Illustrators. We’re big fans of the organization. Check ’em out.

– Also, as this city loves its comics, don’t fret if you couldn’t make this year’s event. We encourage you to visit Wanchai’s Comix Home Base, an exhibition and entertainment center that’s devoted to comics and animation. Plus the historic building in which it sits is something to admire. 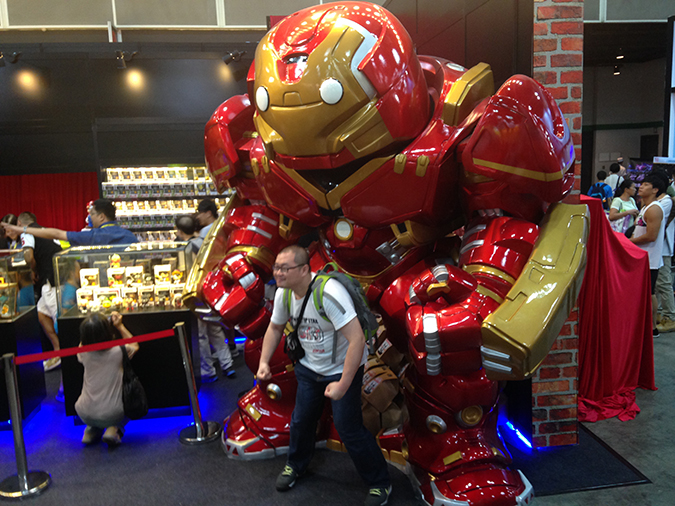