Opening acts Joywave, Misterwives, and Walk the Moon warmed the crowd with a steady pace of well-received music. All were incredibly talented in their own right, and well worth checking out live. As the night continued, increasing numbers of the “echelon” (a term Mars uses for their fans–more like a family, not just fans) filed into the venue and found their places for the main event.

Soon (not Jared’s “soon”–true echelon will understand this), the Monolith (a giant steel structure containing panels of lights) descended to the stage. The lights went dark, and the thunder of the crowd was unmatched. Lights were swirling around the mighty monolithic structure — with only a pair of red shoes peeking out from below. Then, as the Monolith raised to the sky, the mighty roars of the eager crowd became even more enthusiastic. Jared Leto emerged in all his eccentric glory, draped in multi-colored silk, sequins, and bright red pants to accompany those shiny red sneakers.

The band began with their hit “Up In The Air” and Jared shouted, “New York City! Make some f*cking noise!” Everyone obeyed the command. 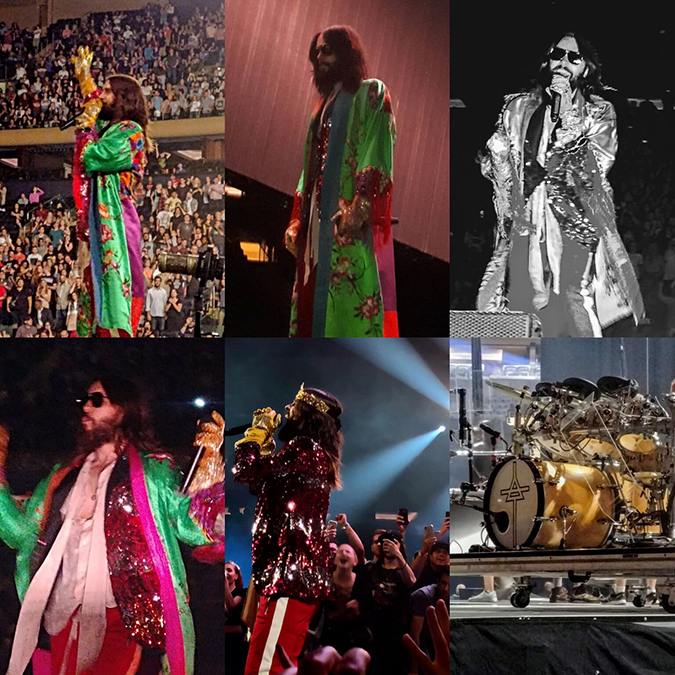 During the show, dozens of fans were called upon the stage to dance and have moments with the band. This was truly special, as few bands acknowledge so many of their fans by inviting them up, even if to have them, as Jared said, “dance badly and get embarrassed in the morning.”

One memorable moment was when Jared spoke about their new song “Rescue Me” and followed up with asking the audience if they have dealt with anxiety or depression. He asked for the lights to be turned down, so people felt safer yelling out, providing a safe and comfortable space for many to admit their own troubles among “family.”

The set list was a wonderful mix of old and new Mars’ favorites such as “The Kill,” which had everyone screaming right along with Jared.

“This is War” provided a crowd-chanting anthem and a bit of fun with giant silver balloons released into the audience. A song from the new album, “Great Wide Open,” was truly moving and emotional, as Jared sang from on top of the Monolith, his voice as smooth and sultry as the silk in which he was draped.

The evening wasn’t all about Jared, however. Shannon Leto isn’t merely a drummer these days. Shannon took the stage to sing his song “Remedy.” And the Leto brothers’ mother, Constance, looked on with pride as her boys both entertained thousands at New York’s premiere concert venue.

Confetti filled the air at the end of the evening as “Closer to the Edge” was performed with a stage full of fans. Madison Square Garden looked like one giant party, and rightly so. After forming in 1998 in California, Mars has toured the Earth and even won a Guinness Book of World Records Award for most days on tour, only to find a warm welcome back in New York, a second home of sorts for this band. Twenty years of Mars was celebrated in one very special arena.

CONCERT RATING (one to five whistles, with five being the best): 4 Whistles, whether you’re part of the echelon, like me, or a new initiate.

Thirty Seconds to Mars’ European and North American tour is to promote this year’s brand-new album titled “America.” Singles from this album include “Walk on Water,” “Dangerous Night” (which recently went to number one), and “Rescue Me” (which currently has over 17 million views on YouTube).

If you’re interested in seeing Thirty Seconds to Mars, check out the band’s official site for the latest tour dates and ticket info.

H.K. Rivera is a writer and photographer in New York. When she is not working on philosophy and pop-culture books and lectures, H.K. photographs people, places, and things in an artful way. Her works have been exhibited in Los Angeles, Montreal, London, and New York. Most recently, she has been invited to join a group showing in Paris. H.K. can be contacted at Info@hkrphotography.com or through her Instagram page @HeatherKRivera.

All photographs courtesy of H.K. Rivera 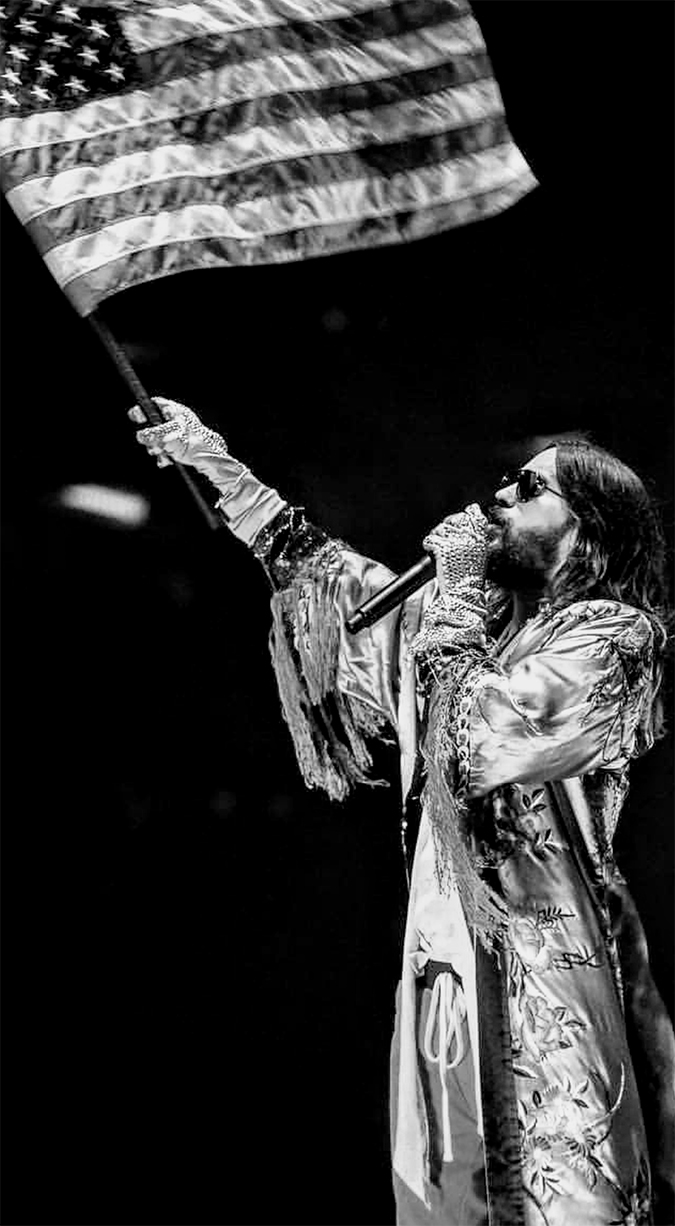