THIS DAY IN HISTORY… APRIL 15

This was an uprising of the Yamasee Indian tribe against the British settlers in the colony of South Carolina. The Yamasee were resentful of unfair trading practices, encroachment upon their land, and the depletion of wildlife. The war spread quickly and a number of other tribes joined the Yamasee, including the Cherokee. Hundreds of colonists were killed and of the 100 traders operating in the region, 90 were put to death. The panicked colonists fled to Charles Town and there faced starvation as the Indian forces destroyed settlements across South Carolina. The colony was almost abandoned before the tide of the war was altered when the Cherokee switched sides. Not wanting to be in an alliance with their traditional enemy, the Creek, they joined with the colonists. The fighting subsided in 1717 and a fragile peace existed. Most of the tribes migrated to Florida where they sided with the Spanish in their fight against the British.

Things didn’t turn out all that well for the Cherokee. A hundred years later they were sent on the infamous Trail of Tears death march to Oklahoma.

This was less than six months after his victory over the Batista dictatorship. His political leanings were still unknown at this time and the bearded and fatigue wearing Castro was somewhat of a star. He spoke at the National Press Club and had some other meetings, including a private one with Vice President Nixon. President Eisenhower went golfing in order to avoid him. The meeting did not go well as Nixon viewed him as a communist.

Communists! Gasp. Only ninety miles from our shore! Something must be done! Well, we’ve been doing it for over sixty years now and they’re still there.

The protest began on April 15th and lasted until it was crushed by a military assault on June 4th. It started as a small commemorative gathering for Hu Yaobang, a political reformer who stood in opposition to the hard-liners of the Communist Party. The gathering grew over the next several days as students from two universities marched to the square and it turned into a protest. The day of Yaobang’s funeral 100,000 students marched on Tiananmen Square and refused to leave. Similar protests were taking place in other Chinese cities. By the middle of May, students were coming to Beijing from all over China and over a million protesters filled the square. Included in their demands were freedom of the press, freedom of speech, freedom to gather and an end to political corruption. Marital law was declared on May 24th,but troops were prevented from entering Beijing by crowds supporting the protesters. Negotiations between the students and the government went nowhere. By the beginning of June, the government had had enough and sent in the Peoples Liberation Army. With tanks and armored personnel carriers they fought their way through barricades erected in the suburbs to Tiananmen Square and opened fire on the protesters. The death toll is uncertain, not only in the square but across Beijing for troops fired indiscriminately, even into apartment buildings, killing not only protesters but bystanders. The toll estimate ranged from a few hundred into the thousands. It has been suggested it even could have been as many as ten thousand. Whatever the count, the pro-democracy movement was crushed.

I was in China less than ten years after the protests. On a tour of Beijing I was disappointed to learn we wouldn’t be visiting Tiananmen Square. We drove past it but the whole area was enclosed and hidden from view by a canvas fence. The official word was it was closed for renovation. A Chinese source told me that included getting rid of all the pock marks from machine guns.

There are days on the calendar that are magnets for momentous events. April 15th is one of them. Significant events on this day include Abraham Lincoln dying, the sinking of the Titanic, trial of Sacco and Vanzetti begins, Jackie Robinson breaks color barrier in baseball, and the Boston Marathon bombing.

Canadian distiller. Seagram was orphaned at age eleven and sent to a boarding school run by a church near Galt, Ontario. As a young man he was employed as a bookkeeper at a flour mill. A side business of the mill was distilling surplus grain into spirits. He eventually became a partner in the firm and then sole owner. He dispensed with the flour mill and turned the business into a distillery. Seagram’s V.O. became the top selling Canadian whiskey in the world. He also owned a string of thoroughbred race horses and won many prestigious races in Canada. Seagram’s is still a popular brand of whiskey.

Whiskey distiller and race horse owner. The clergy at his boarding school must have wondered where they went wrong.

Hero. Thompson was a helicopter pilot in Vietnam. On March 16th, 1968 he was flying in support of American combat troops on the ground. With him were his crew, machine gunners Larry Colburn and Glenn Andreotta. As they flew over My Lai they saw large numbers of bodies on the ground, civilian bodies. They saw more Vietnamese trying to hide and soldiers advancing on them. Thompson understood what was happening and landed his helicopter between the Vietnamese and Americans. He told his gun crew to fire on their fellow soldiers if they opened up on him or more civilians. He got out, confronted the advancing soldiers and told them to stop killing or his gun crew would take action. From Wikipedia.org here are some exchanges Thompson had on the ground. He saw some people in a ditch and asked a sergeant if they could be helped. The sergeant replied the only way to help them was to put them out of their misery. He saw more people in a bunker and asked a Lt. Brooks for help.

Thompson: Hey listen, hold your fire. I’m going to try to get these people out of this bunker. Just hold your men here.

Brooks: Yeah, we can help you get ’em out of that bunker – with a hand grenade.

Thompson: Just hold your men here. I think I can do better than that.

He also confronted the commanding officer at the scene, Lt. Calley.

Calley: This is my business.

Thompson: What is this? Who are these people?

Thompson: But, these are human beings, unarmed civilians, sir.

Calley: Look Thompson, this is my show. I’m in charge here. It ain’t your concern.

Calley: You better get back in that chopper and mind your own business.

Thompson: You ain’t heard the last of this!

Thompson then rescued some survivors and flew them to safety. By the Vietnamese count 504 civilians were massacred that day. The U.S. Army has a lower estimate. Thompson reported the massacre to his superiors but nothing was done as the Army covered it up. However a reporter broke the story, forcing the Army to act. Lt. William Calley was held responsible and Thompson testified at his court marital. Calley was found guilty but received only a slap on the wrist sentence. Many in the military and government thought Calley actions were justified and were critical of Thompson. It wasn’t until 1998 that the Army recognized their valor and awarded Thompson, Colburn, and Andreotta medals for their actions that day.

Glenn Andreotta was killed in combat three weeks after My Lai. In 1998 Thompson Jr. and Colburn returned to Vietnam and met with some of the villages they saved that day. Hugh Thompson Jr. died of cancer at age 62 in 2006. Larry Colburn was by his bedside. Colburn died of cancer ten years later. President Nixon pardoned Calley and in 2021 he was living and doing well in Florida.

Justice is a word ringed by irony, isn’t it? 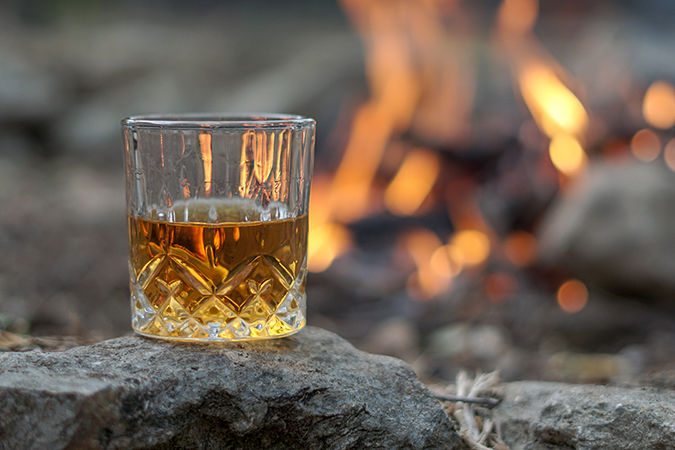