THIS DAY IN HISTORY… APRIL 22

With the wind blowing toward the French and Canadian trenches, the German army released chlorine gas. That day the yellow green cloud of gas proved ineffective as the allied lines held. Soon more deadly forms of gas, and delivery methods, were being used. Both sides were firing shells containing mustard gas at the opposing trenches and even at supply lines. All told there were about a million casualties, including permanent blindness, from the chemical warfare. Because of the horror of this type of warfare, in 1925 the Geneva Protocol banned the use of chemical weapons.

As these words are being written a Russian madman is threatening to unleash chemical weapons in his assault on Ukraine.

Senator Gaylord Nelson, concerned about the effect pollution was having on the environment, was at the forefront on an effort to combat that pollution. Senator Nelson said, “We only have one earth, so we have to take care of her.” He wanted the same passion the anti-war movement displayed brought onto the environmental scene. On the other side there were those who regarded pollution as a sign of prosperity. The effort was initially viewed as a success with Earth Day becoming an international event. The movement was responsible for the creation of the Environmental Protection Agency (EPA).

Great idea but political maneuvering has weakened the EPA. President Trump appointed Scott Pruitt as head administrator of the EPA. He opposed environmental regulations and described himself as an advocate against the EPA’s agenda. That’s akin to assigning the fox to guard the henhouse. Over 50 years since that 1st Earth Day and we have failed for our planet is gasping for air.

A dangerous attempt to reach the U.S. from Cuba on a raft ended with most of the refugees drowning. Five-year-old Elian Gonzalez miraculously survived and was rescued by a fisherman. This took place on Thanksgiving weekend, 1999. So began an international custody battle. His father, in Cuba, wanted him back. Relatives in Miami insisted he was better off remaining there with them, living with a great uncle. The courts ruled in favor of the father, the family refused to give him up. Negotiations between Attorney General Janet Reno and the family failed to yield any results. In the early morning hours of the 22nd, armed FBI agents burst into the house where the now six-year-old Elian was living. A photograph of armed agents, pointing guns, discovering the terrified boy and a relative hiding in a closet became a media, and political, sensation. Some say the seizure cost then Vice President Al Gore the 2000 presidential election because incensed Cuban-Americans turned away from the Democratic Party in droves and Gore lost Florida by only 537 votes. Florida was the tipping point in the electoral college.

In 2022 Elian announced he would soon be a father. He said his own father is an inspiration to him and he agrees with the decision to send him back to Cuba from Miami.

Fat lot of good that does Al Gore. In this situation, optics were everything.

Confederate soldier, member of President Lincoln’s assassination plot. Powell joined the Rebel army at age 17 and served with distinction. He was wounded at Gettysburg, captured, and sent to a POW hospital to recover. Working as a nurse, he was transferred to a hospital in Baltimore where he met a young woman volunteering there. It is believed she helped him escape. After his escape Powell joined Mosby’s Raiders, an irregular band of fighters aligned with the Confederate cause. There he gained the nickname “Lewis the Terrible” for his ferocious behavior in combat. At some point the Confederate spy agency recruited him into their service. During this time he became very depressed. Some believe this was caused by his understanding the war was lost. He made contact with John Wilkes Booth and became part of the plot to kidnap Lincoln. This was later changed to assassinating him. Powell’s role in the plot was to assassinate Secretary of State William Seward. Seward had been in a carriage accident and was home in bed convalescing on the night of April 14th. Under the ruse he was delivering medicine for Seward, Powell entered the house. When confronted with suspicion Powell rushed toward Seward’s room. What followed was a frenzied, bloody encounter. He pistol-whipped one of Seward’s sons, knocked his daughter to the floor, stabbed an army sergeant in Seward’s room and then stabbed Seward multiple times. Another son ran into the room and pulled Powell from his father and had part of his scalp cut away for his efforts. A messenger from the State Department just arrived as Powell ran from the house and he too was stabbed. Powell was apprehended three days later, tried, and executed for his role in the plot.

“Lewis the Terrible” was an apt moniker for him.

Actor. Raised in Minneapolis, Albert graduated from Central High School and the University of Minnesota. The stock market crash left him scrambling and he had a variety of jobs including insurance salesman, nightclub singer, clown, and trapeze artist for a circus in Mexico. He moved to New York, worked in radio and then performed in Broadway plays. His first film role was in “Brother Rat” with Ronald Reagan. WWII interrupted his film career and he served in both the Coast Guard and the Navy. At the battle of Tarawa he received the Bronze Star. As coxswain of a landing craft, under machine gunfire, he rescued 47 stranded Marines and supervised the rescue of 30 more. In the 1950s he ran up against the House Un-American Activities Committee and the Hollywood Blacklist. Albert’s wife, Margo, a Mexican actress, was a well known left-wing activist and during the Spanish Civil War had attended an anti-Franco rally and this had gotten her branded as a Communist, even though she wasn’t. Albert was guilty by association but his wartime heroism was enough to salvage his career and he worked extensively in film and television. An environmental activist, Albert participated in the creation of the first Earth Day. He died from Alzheimer’s at age 99 in 2005.

You see, that’s what’s wrong with Hollywood, married to a suspected communist and still allowed to work. War hero you say… well, probably fake news, you know those liberals.

Businessman, adventurer. Fossett made his fortune trading in commodities and then used it to fund his adventures. Alone in a balloon, he was the first person to fly non-stop around the world. He also set glider, airplane and sailing records. Fossett competed in cross-country ski marathons, the Iditarod sled dog race, the Ironman Triathlon in Hawaii, the Boston Marathon, drove in the Le Mans 24 hour car race and swam the English Channel. Flying his own small airplane, Fossett disappeared on September 3rd, 2007 and his remains were never found.

After all that it would seem a more spectacular demise would have been in order. 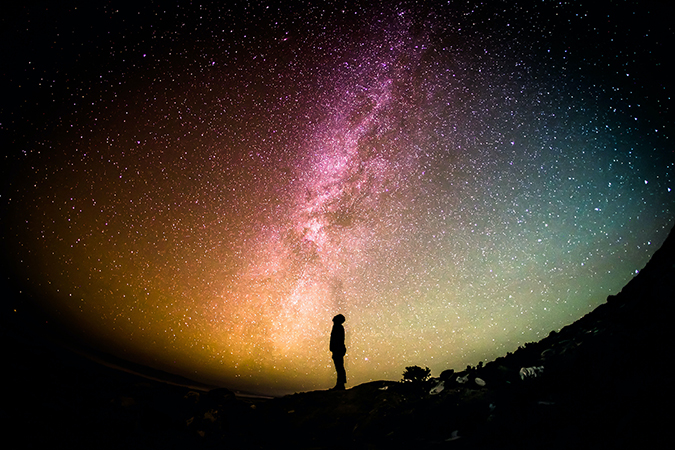